4 Successful Strategies For Fighting the Opioid Epidemic From Around the U.S.

At first glance, the opioid epidemic seems like an insurmountable problem. According to the CDC, over 70,000 people died of drug overdoses in 2017, nearly 50,000 of which were opioid related. Meanwhile, a recent SAMHSA survey found that nearly 20 million people struggled with some form substance use disorder (SUD) in 2018.

And yet, there is reason for optimism: several states throughout the U.S. have implemented strategies that have shown positive results in combatting the epidemic. Here are just four example that offer a glimmer of hope.

Not too long ago, Vermont was one of the states most heavily affected by the opioid epidemic. But in 2017, a year that saw a record-breaking number of drug overdose deaths in the U.S., the Green Mountain State was one of the few that 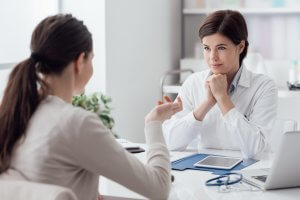 experienced a reduction in the number of lives lost to drug overdose.

While there’s certainly more than one reason as to why Vermont saw this reduction, many experts have pointed to the state’s Hub and Spoke program as a cornerstone of its success. Patients enter the program, which is primarily based on medication-assisted treatment (MAT), at one of nine regional intensive opioid treatment centers (hubs) located throughout the state. Patients subsequently move to one of more than 75 local community-based treatment offices (spokes) that provide less intensive ongoing treatment and also serve as primary care facilities.

By integrating these two levels of treatment, individuals with opioid use disorder (OUD) receive comprehensive care. Not only does Hub and Spoke give these individuals access to proven treatment methods, such as the opiate withdrawal medication buprenorphine, it also helps them get treatment for the myriad health issues that can accompany addiction.

By all metrics, the Hub and Spoke model is working. Since its inception, over 6,000 have joined the program. Moreover, a 2016 peer-reviewed article showed that costs for Vermonters in the program are lower than for individuals not participating in MAT programs.

A particular challenge in combatting the opioid epidemic is making treatment available for people in rural areas. According to Pew, rural communities have fewer treatment centers compared with their urban counterparts. Those that do exist tend to offer fewer services and require greater travel times.

Put simply, Project ECHO (Extension for Community Healthcare Outcomes) is essentially Skill Share for doctors. Launched in 2003 by the University of New Mexico, Project ECHO connects primary care physicians in remote or underserved areas with specialized experts through videoconferencing, enabling them to learn how to provide specialty care to patients in their communities.

Though this educational model has been used in a wide variety of medical fields, it has proven particularly effective at expanding access to addiction treatment. For example, a 2016 study in the journal Substance Abuse found that Project ECHO helped lead to a nearly tenfold increase in buprenorphine-waivered physicians over the course of a decade.

If Vermont and New Mexico provide examples of how ingenuity can help combat the opioid epidemic, California proves that you don’t necessarily need to design an elaborate program to be effective. California’s simple fix? Providing addiction treatment at emergency rooms.

Typically, when a patient is admitted to an ER with a chronic condition such as diabetes or heart disease, they’ll be referred to a specialist for treatment and to develop a long-term plan for managing their condition. This is not, however, the case when it comes to patients with substance use disorder, at least not in most U.S. hospitals.

But in California (as well as in other states like Massachusetts), many hospitals are starting to offer addiction-specific treatment in the ER, such as buprenorphine. Moreover, hospitals are using these ER visits as an opportunity to help patients with substance use disorder get into long-term treatment programs.

Scientific research has vindicated this approach, and California is a paragon of its efficacy. The Golden State recently made plans to expand the concept through the California Bridge Program, which dedicates more than $8 million in funding to 31 hospitals in the state.

So far we’ve seen three strategies geared toward expanding access to addiction treatment. But what about paying for that treatment?

Virginia has found an answer to that question, and it’s surprisingly simple: cover treatment through Medicaid, the public health insurance program for low-income individuals. In April 2017, the state began doing so through its Addiction and Recovery Treatment Services (ARTS), which has expanded access to treatment by making it more affordable. 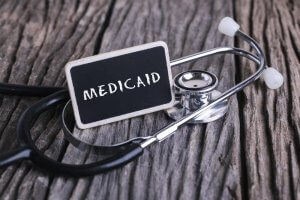 But ARTS doesn’t just help people pay for treatment; it also increased reimbursement rates for addiction treatment providers. This is a key facet of the program, since it affords providers, who are traditionally underpaid, a more financially stable situation in which to do their work.

So far, ARTS has been wildly successful. Since the program’s inception, treatment rates for members with opioid or other substance use disorders increased by over 70 percent, according to an analysis by the Virginia Department of Health.

What these four strategies have in common

On the surface, these four approaches appear to have little in common. But dig a little deeper and you’ll find the thread that ties them together; they all expand access to opioid or opiate addiction treatment by integrating it into the broader healthcare system. Essentially, their success is emblematic of what you get when you stop treating addiction as a moral failure and start treating it like a medical condition.

And like any other medical condition, medical treatment is a key facet of the cure. Yet only about 12 percent of people suffering from substance use disorder receive the specialized treatment needed, according to a 2018 surgeon general report. These four approaches can help raise that number. In Vermont, for example, roughly 40 percent of people who need care for an opioid use disorder have gotten into treatment.

Combatting the worst public health crisis the country has ever seen will surely require a multifaceted approach. There is still much work to be done, and none of these four examples are perfect—but they just might be the first steps on the nation’s long road to recovery.

Share
Kevin Schwartzbach
Kevin Schwartzbach is a freelance writer and the editor-in-chief of Noticed.co, a marketing and branding startup. Kevin enjoys writing about everything from science and technology to travel and entertainment to politics and law.
Recent Posts
Related Tags
opioid
Don’t wait. Call us now.
Our admissions navigators are available to help 24/7 to discuss treatment.
Why call us?
Prefer texting to talking on the phone? We’ve got you covered 24/7.
Instead, sign up for text support to receive: