Purdue Pharma and the Sackler Family Fall from Grace

When we last left Purdue Pharma and its Sackler family owners, they were deliberating a new line of products. It was the year 2014, marked by massive numbers of users addicted to Purdue’s OxyContin pills and other opioids. The team recognized the crisis they helped make; however, rather than seek ways to stave it, they saw yet another way to profit from it. Code named Project Tango, the plan was to sell treatments for addiction. Project Tango never truly began, but authorities ultimately acted to rein in this empire. Those regulatory and legal ramifications started earlier, continue today and will make news into the future. 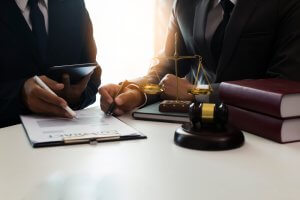 The first major legal case against the company played out in 2007. Federal authorities investigated the veracity of claims about OxyContin. The upshot: Purdue Pharma admitted guilt to a felony. It had misled regulators, prescribers and the public about the risk of addiction with this drug and potential for abuse. In a plea deal, the firm agreed to pay more than $634 million in civil and criminal penalties. It also vowed to take corrective actions.

The lawsuits kept on coming. In 2009, the company settled complaints filed by families throughout the U.S. To compensate for the harm incurred, Purdue Pharma paid out a total of $2.7 million. However, during the same timeframe, the firm bolstered its marketing of OxyContin. Encouraged to spread the gospel about this drug, the salesforce received a total of $121.6 million as a reward. And the Sackler family paid itself a hefty sum of $335 million.

As the years went by, the grievances and lawsuits rose. How many are there today? Let’s say 2,000 and counting. These filings assert that Purdue Pharma understood the downsides of this drug, including the potential for addiction and overdosing. Despite these dangers, it still vehemently promoted this drug for long-term, high dose pain relief therapy. Management devised elaborate programs to blanket the market and, as noted, lavished money and gifts on its sales people and the Sacker owners. At the time of this writing, a rundown of major actions, mainly at the state level, includes:

A lawsuit, brought by the state attorney general and amended in January 2019, notes “every community in our Commonwealth suffers from the epidemic of [opioid] addiction and death.” It charges: “Purdue Pharma created the epidemic and profited from it through a web of illegal deceit” by misleading stakeholders about using, dosing and staying on OxyContin. It contends the firm realized the ill consequences of these actions; yet it went ahead generating falsehoods and boosting sales. This complaint reports the Sacklers received more than $4 billion from 2008-16; it charges eight family members as well as other directors and officers – 17 in all. The filing seeks to stop this “illegal conduct and make Purdue and its culpable executives pay for the harm they inflicted in our state.”

In the vast pool of lawsuits, this state stood first in line to go to trial. The case filed by the Oklahoma attorney general received a start date of May 28 to take place in state court. Along with a jury, cameras would be on hand to televise the proceedings. The complaint charges the company with flooding the market with highly addictive OxyContin under the guise of safety. The papers filed requested more than $20 billion in damages. As both sides worked to build their cases, several reliable news sources announced in early March that Purdue Pharma was exploring bankruptcy. Then direct news followed several weeks later – this was case settled. As such, the firm and the Sackler family agreed to pay a total of $270 million. 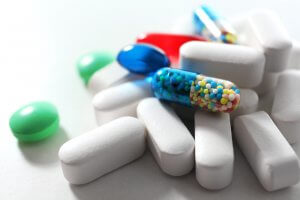 As soon as Oklahoma closed, another state suited up. On March 28, the attorney general of New York filed an amended complaint against Purdue Pharma, eight Sackler family members and others. The case charges the accused with a “persistent course of fraudulent and illegal misconduct, in order to profiteer from the plague they knew would be unleashed.” And it states: “The taproot of the opioid epidemic is easy to identify: OxyContin.” The action seeks justice in many forms. These include: money for an abatement fund, recovery of the state’s costs for unnecessary prescriptions and health care expenses as well as financial penalties. It also is going after assets the firm tried to shield from litigation by moving them to private or offshore accounts in the names of family members.

The list of individual states with suits against Purdue Pharma and the Sacklers goes on. It includes Connecticut, where Purdue Pharma is based, as well as myriad cities and counties in states from Alabama to Michigan, Rhode Island to Utah. In recent news, a bloc of more than 500 counties, cities and Native American tribes joined the Southern District of New York; this basket of 1,600 cases is consolidated in a federal court in Cleveland, Ohio. A moving target, the trial date now is set for October 21.

Outside of the legal realm, the Sacklers are incurring ill will. For years, family members have supported cultural institutions the world over through their philanthropic efforts. Many museums, for instance, now are turning down their donations and severing ties.

What else is in store for Purdue Pharma and the Sacklers? How will they fare in the pending suits? Will more emerge? Stay tuned!

Sherry M. Adler
Author
Sherry M. Adler is a freelance writer based in the Greater New York City area, dedicated to using the power of words to inform and energize people.
Read Our Editorial Policy
Recent Posts
Don’t wait. Call us now.
Our admissions navigators are available to help 24/7 to discuss treatment.
Why call us?
Prefer texting to talking on the phone? We’ve got you covered 24/7.
Instead, sign up for text support to receive: