The Roots of the Opioid Epidemic

Is the opioid crisis a recent phenomenon or did it unfold over time?

According to a CNN timeline, the opioid problem surfaced in the 1860’s. During the Civil War, medics used morphine as an anesthetic when treating fighters wounded in battle. As a result, many soldiers became addicted to morphine. The next major date in the continuum is 1898, when heroin came on the scene. Produced by the Bayer Company, heroin was considered at that time to be less habit-forming than morphine. Morphine addicts thus received heroin as a substitute.

Fast forward about 100 years, when the state of affairs, as we know it today, began to take shape. In 1990, a powerful opioid from Purdue Pharma – MS Contin – used mainly for cancer patients to manage pain, soon would go off patent. The team hatched a plan to replace it with a new medication made from similar ingredients. However, they decided not just to make a small change, but rather go the blockbuster route and formulate something exceedingly better. They succeeded. And, in 1995, this new entry received the seal of approval from the Federal Drug Administration (FDA). 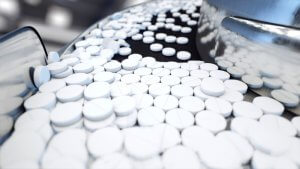 Purdue Pharma brought this gem onto the market in 1996. They hailed it as a superior and safer narcotic alternative for pain. And they branded it OxyContin.

What was so special about OxyContin? It offered a one-two punch. Whereas comparable prescription drugs had to be taken every four or five hours, OxyContin was a time-released stronger formula. A dose lasted 12 hours. What’s more, it was less addictive. Users could take high and higher doses over an extended period of time without concern.

Purdue Pharma touted the benefits of its new creation. OxyContin offered exceptional efficacy, based on the results of a study, albeit one it funded on its own. To support the drug’s non-habit-forming claim, they cited a short letter to the editor in the New England Journal of Medicine (NEJM). In it, Hershel Jick, M.D. discussed a study of patients in severe pain without a history of addiction. This closely observed group, when given a medicinal opioid, showed only rare instances of becoming addicted to it. The firm offered other sources as well. A study by Porter and Jick and another by Perry and Heidrich demonstrated no statistically significant levels of addiction in those treated with opiates for pain, including burn patients.

The manufacturer sensed it had the makings of a winner. It had medical studies to back an all-out effort for OxyContin, capped by a compelling claim directly on its package label. It read: “Delayed absorption as provided by OxyContin tablets, is believed to reduce the abuse liability of a drug.”

The Marketing of a Mammoth Brand

Purdue Pharma launched an aggressive marketing campaign to build awareness and sales. It heavily funded this effort. According to a GAO report, the company outspent the sum allotted to the former MSContin by six to 12 times during OxyContin’s first six years.

It was a masterful plan with interlocking strategies and channels. For example:

Broaden the use OxyContin and overcome objections

A main objective of the salesforce manifesto was to get doctors to write scripts for more than cancer and post-surgery pain. Prescribe it for back pain, sports injuries, arthritis and countless other conditions. Call on a wide range of physicians beyond pain management specialists. If doctors raised addiction issues, whip out the studies that proclaim safety. At the same time, the company sought to educate the public, notably those who were “opioid naïve.”

Recruit physicians to praise this miracle drug at firm-sponsored seminars in upscale settings. Invite prescribers and influencers to attend – all expenses paid. Through 2001, the firm ran more than 40 such events at Arizona, California and Florida resorts, attended by more than 5,000 physicians, pharmacists and nurses. Pile on OxyContin-branded giveaways. Create patient videos on how this drug saved their life. Advertise in medical journals and pain management websites. Create momentum and keep it going.

Partner with other pharma firms for ‘Dine and Dash’ and more

Join forces with others, e.g., Abbott Laboratories, to “detail” doctors with the OxyContin story. For doctors too busy to chat, use creative sales tactics, e.g., “Dine and Dash” to order and pay for takeout from a favorite restaurant; then wrestle time to give the OxyContin spiel during pickup. Bring lunch into a doctor’s office to gain access to nurses and others of influence. Offer a doctor a coupon for a bookstore and discuss this miraculous drug while there. To incentivize salespeople, ply them with bonuses and snappy contests with lush rewards. 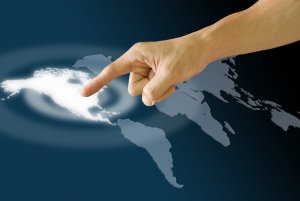 Set lofty sales goals, specifically for salespeople to allocate 70% of their efforts to hawk OxyContin. Remind them of this number in strategy meetings, reminders and email messages. According to a report in the New York Times, the Purdue Pharma salesforce scoured doctors’ offices and pharmacies. In New York State, they made close to 500,000 visits from 2006-17, which equates to about 160 sales calls each weekday.

What were the results? Purdue Pharma and the Sackler family that owns the company realized mega revenue from this one item. OxyContin sales soared from $48 million in 1996 to about $1.1 billion in 2000. That was just the beginning and one side of the story. The other:  OxyContin became one of the most abused pharmaceutical drugs in this country. As OxyContin saturated the market, addiction skyrocketed, as did opioid overdoses and deaths. Since OxyContin was introduced, some 200,000 users died in the U.S. from taking prescription opioids. What was Purdue Pharma’s response? It crafted a marketing plan to sell Narcan, a drug used to revive those experiencing an opioid overdose.

Next time: The Sackler family falls from grace.

Sherry M. Adler
Author
Sherry M. Adler is a freelance writer based in the Greater New York City area, dedicated to using the power of words to inform and energize people.
Read Our Editorial Policy
Recent Posts
Related Tags
opioid
Don’t wait. Call us now.
Our admissions navigators are available to help 24/7 to discuss treatment.
Why call us?
Prefer texting to talking on the phone? We’ve got you covered 24/7.
Instead, sign up for text support to receive: