Jamie Lee Curtis is one of the most successful performers in Hollywood today. With a career spanning four decades, she’s made a lasting impact in film, TV, and even children’s book publishing. But if you were to ask this legendary actress what she considers to be her biggest success in life, her answer might surprise you. “Getting sober remains my single greatest accomplishment,” she told People magazine in 2018. “Bigger than my husband, bigger than both of my children, and bigger than any work, success, failure. Anything.” This week, our recovery spotlight will focus on Jamie Lee Curtis and her journey to recovery.

Despite the fact that her career had hit an all-time high—and she was a happily married mom with two kids—Jamie Lee Curtis found herself in a desperate place back in the late 1990s. In addition to using alcohol to cope with life’s stressors, she had become addicted to opiate painkillers after a routine plastic surgery procedure years earlier. The actress, who was about 40 years old at the time, managed to keep her use hidden from everyone, even though it was eating her up inside. 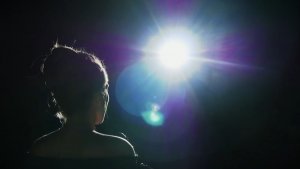 “No one knew at all. Not one person knew except the people I would get [the painkillers] from,” she told Variety in 2018. “I was the wildly controlled drug addict and alcoholic. I never did it when I worked.”

Curtis’s opiate addiction lasted for 10 years and got so bad she resorted to stealing prescription medication from her sister. A family friend caught her using in late 1998, but Curtis still wasn’t ready to face her problem.

Finally, in 1999, the Halloween star realized she needed help after reading an article in Esquire magazine about Vicodin addiction. She came clean to her family about her use and started attending recovery meetings. Twenty-one years later, she’s still sober.

“My entire family has been supportive and very appreciative of the efforts that I have put forth to achieve sobriety and hold on to it,” Curtis said. “They see how much I try to work it and try to talk to other people and be a part of a community of people who are in recovery.”

Opening Up About Addiction

After being sober for about two years, Curtis decided to publicly acknowledge her sobriety during an interview with Redbook magazine. She’s become one of the most outspoken celebrity champions of recovery. Curtis works hard to stop the stigma that all too often prevents people from getting the help they need.

“To call yourself an alcoholic or a drug addict is a badge of honor,” the actress says. “It is a way of acknowledging something that is a profound statement and can be, for many people, life-changing. Because the secret, the shameful secret, is the reason why it is such a pervasive illness in our industry — in every industry, in every socioeconomic stratum, in every country in the world. It is the secret shame that keeps people locked up in their disease.”

Susan Linney
Author
Susan Linney is a freelance writer and editor with more than 15 years’ experience. She is especially passionate about using her voice to help people … Read More
Read Our Editorial Policy
Recent Posts
Related Tags
recovery
recovery spotlight
Don’t wait. Call us now.
Our admissions navigators are available to help 24/7 to discuss treatment.
Why call us?
Prefer texting to talking on the phone? We’ve got you covered 24/7.
Instead, sign up for text support to receive: