Shhh…Not in a Quiet Way, Libraries Help Victims of Opioids

Our public libraries have a treasure trove of resources. There are books, of course. Let’s not forget newspapers, magazines, educational programs, book clubs, computers, movies, children’s and cultural events. The list goes on. Libraries serve a vital role in their communities. Many people remember the experience of getting their very first library card. I know I do. However, there’s a new function libraries are undertaking. They are helping victims of the opioid epidemic.

There’s no shushing about it – Libraries across the country are saving lives.

Librarians on the Front Lines 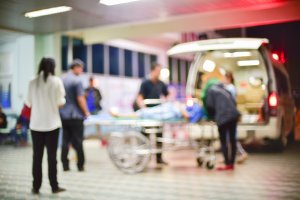 Take the Ilsley Public Library in Middlebury, Vermont. It’s a case in point. Employees there recently completed training on how to administer a drug to reverse opioid overdoses. That’s good knowledge for anyone to have. But, at this branch, it’s not just learning for learning’s sake. It’s hands-on since the library added a new item – naloxone, known commonly as Narcan in its branded form. And the staff plans to use it there to revive overdose victims should the opportunity occur.

What is compelling libraries to stock Narcan? Think about it. Libraries are pillars of public service. They welcome all people through their doors and offer reams of help. It’s a natural corollary that they step up and step in to provide assistance in an emergency, especially if it happens on their grounds. And more and more, it is happening in their rest rooms.

The director of the Isley Public Library explains the rationale for Narcan. “It’s like the fire extinguisher. You have it, you make sure it’s up to date and you know how to use it if the situation arises.” She added, “It seemed like a good idea for us to be as prepared as possible.”

Many libraries in New York State agree. On Long Island, Suffolk County has among the highest rate of opioid overdose deaths in the state. Librarians in that location – 200 librarians – also took the training. The director of the Suffolk Cooperative Library System refers to naloxone as “my little blue O.C. rescue kit.”

One or More Steps Beyond

They’re taking this concept even further in the Hudson Valley in NY. The director of the Middletown Thrall Library took the training along with the assistant director and security guards. They’re using the know-how upfront; that is, to identify impending signs of overdose. They eye patrons for shortness of breath and pallid skin color, which are precursors for heroin overdosing. Likewise, a sudden collapse may signal a fentanyl overdose. They patrol the stacks and the restrooms to check out people who appear to be dozing. And, if necessary, they battle overdoses.

Legislation in NYS is moving in the direction to involve libraries in this quest to save lives. Two years ago, Governor Andrew Cuomo signed a bill to that effect. It put libraries on a list of public institutions that are authorized to stock and use naloxone. Representative Sean Maloney, from the Hudson Valley, introduced a bill in Washington. Called the “Lifesaving Librarians Act,” the proposed law seeks federal grant money. It would be used to provide libraries with high-intensity drug-trafficking areas as well as naloxone kits and training. As Maloney explained, “This is an all-hands-on-deck situation.”

The preamble to the bill underscores some of the reasons libraries are being enlisted. As mentioned, libraries are open to the public. As such, they are safe havens for the homeless, a target drug-using population. In recent years, libraries have reported finding used syringes and glassine drug envelopes on their properties. And worse yet, they have found overdose victims in bathrooms as well as drug dealers transacting business there. 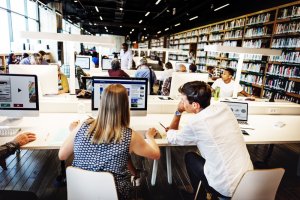 Not all library systems and staff favor this approach. Urban Librarians Unite is a nonprofit advocacy group. On one hand, it supports involving libraries as a first step in helping in the opioid epidemic. However, it also respects the views of those who have differing opinions. Some librarians have reservations about going too far beyond their main job responsibilities. Some suggest that bringing libraries into the fray may encourage drug use on the premises. It also may create the perception of unsafe environments, which may deter some regular patrons from coming.

Newburgh, NY, like other areas, is grappling with the effects of the opioid crisis. The director of the Newburgh Free Library weighs in on the topic of a library’s new life-saving role. “That’s what a library’s job is – to respond to the needs of the community.” He went on to say, “Later, they may need Shakespeare. But those are their needs now.”