Takin’ it to the Streets: Transit Hubs and Addiction

Although the Doobie Brothers didn’t pinpoint what they were singing about in “Takin’ it to the Streets” some years ago, one thing is for sure. They weren’t referring to a phenomenon that’s been taking shape around transportation centers in the New York City metropolitan area. A one-page spread recently appeared about it in The New York Times. To what does the “it” refer? That the streets around transit hubs have become destinations for opioids and other drugs and living quarters for those hooked on them. 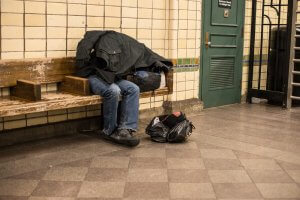 The areas surrounding these vital commuter links now serve as home for many afflicted with addiction. It’s a growing population. The squatters come from parts of the country both near and far. The warmer weather brings them to these outdoor spaces. So do myriad opportunities for asking for and receiving money, scoring drugs, and taking up residence in “makeshift camps.”

A counselor at New York Harm Reduction Educators calls these individuals “dope refugees” and notes “they’re looking for a better life.” How many are there? The newspaper doesn’t give a total; however, it reports that about three dozen people who line the streets near Penn Station and alike granted interviews for the article it ran on this topic. Why New York? It’s likely because this locale is more tolerant and supportive than their home state. It’s here they also may have easier access to services, such as treatment and needle exchanges.

Workers at local businesses started to see these denizens last summer. Their presence is even greater in 2019. The president of the Garment District Alliance is witness to this upward trend of inhabitants “who appeared to be using drugs.” And this executive claims: “These people are in critical condition.”

It’s nothing new in principle. People interested in scoring drugs have come to New York City for decades. However, the situation, as described, differs. These users do not leave to go back home after making purchases. They stay. And they do so in plain sight, not only around Penn Station, but also the Port Authority Bus Terminal, and other transit bases. They panhandle, get handouts from commuters, and receive donations from food trucks. As noted, some use resources of medical clinics in in midtown, including outpatient programs. Others have applied for admission at local homeless shelters and wait.

They use critical services the city offers nearby. For example, they hover around LinkNYC for free public Wi-Fi and to charge their electronics. In fact, the New York Times notes that they tend to “monopolize” this resource. What’s more, these new impromptu residents “block foot traffic with luggage and mattresses in one of the busiest parts of the city.”

The Effects of Competition

The New York Police Department notes a site-specific increase in drug-related activity. Its Transit Bureau, which monitors the subway system, reports an uptick in crime. Arrests rose 55 percent year-over-year as of June at stations associated with Penn Station, the Port Authority as well as Jamaica Station in Queens. 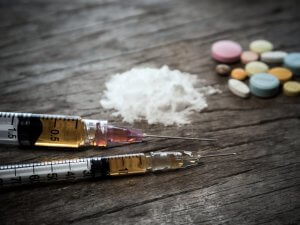 More established street people, also struggling with substance abuse and mental illness, are having a harder time. There are many more in the area vying for financial and other assistance from passers-by and others. A veteran in this network weighed in on this growing population: “Look around. They’re everywhere.”

What’s the most troubling aspect of this state of affairs? There are many aspects that are indeed problematic. But perhaps the most pressing goes back to the “critical condition” comment about those flocking to transit hubs. It all comes down the need for help. Or, in the words again of the president of the Garment District Alliance: “There has to be a new model for what is essentially a crisis.”