Will Alcoholics Anonymous Still Use Zoom after COVID?

How often have you clicked on the Zoom app recently? Since the pandemic took hold, this user friendly meeting platform has played a vital role. When and where in-person contact no longer proved feasible, Zoom filled in as the go-to venue for the treatment of alcohol and drug addiction. But here’s something to ponder. What will happen with Zoom in this realm when COVID-19 immunity builds and we can resume life similar to what it was before? Will Alcoholics Anonymous (AA) still conduct meetings on Zoom?

The quick answer: It sure looks that way. AA likely will host their meetings on Zoom, not just for now, but going forward. To help understand why, let’s touch on Zoom’s backstory and allure. 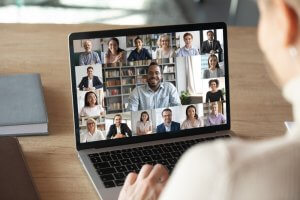 The brainchild of a Chinese-born software engineer, Zoom, the company, started in 2011. Many in the business community doubted the need for another video conferencing player in an already crowded space. Wasn’t Microsoft and Cisco enough? But Zoom’s founder, Eric Yuan, had something new to offer to the market. He wanted to expand the use of video conferencing by enabling it to work on cellphones. This idea proved pivotal and profitable too. It brought this tool to the masses, especially during the pandemic.

A peek at the numbers proves this point. A post published on vox.com in December 2020 puts it in perspective. “Zoom has grown years in months. At this time last year, Zoom had on average 10 million daily meeting participants. It now has 350 million.” The article goes on to note: “Zoom was the most-downloaded iPhone and iPad app of the year, beating perennial favorites like Instagram and YouTube. The company’s revenue is four times what it was in 2019.”

Shortly after the first COVID-19 stay-at-home orders started, AA put an emergency item on the top of its to do list. Find a new base and mode of operations. Make it fast! In-person meetings, held mainly in church basements, were verboten. AA flocked to Zoom. CNBC chronicled this move in March 2020. The apt title of this post said it all: “AA meetings, addiction counseling move online as social-distancing guidelines limit group gatherings.”

Faced with social isolation and a dearth of options, AA members needed support and interaction in a big way. Zoom came to the rescue. The experience of a 26-year old woman from Brooklyn, New York, parallels those of others in AA. She told CNBC, “I don’t know what I would have done if I had been in this situation when we didn’t have access to virtual meetings.” She planned to extend her 62 days of sobriety by attending 90 AA meetings in 90 days. On one occasion, more than 1,000 members were online with her for a meeting.

In its coverage, CNBC stated several key points. Among them was the value expressed by AA and others of being able to connect online. “These types of resources are more needed than ever, according to addiction groups, mental health counselors and individuals who struggle with substance abuse issues.”

KIRO Radio in Seattle, Washington, filed a similar report. In addition to offering members’ testimonials about Zoom, this news source delved into the importance of this virtual meeting tool for AA. Although a person interviewed lamented the loss of the “kind of connection” derived from being with others, the benefits of AA on Zoom predominate. You don’t have to deal with traffic to get to a meeting or hire a babysitter. You can attend a meeting any time and without planning or prep. In other words: join in whenever, wherever and as you are.

The Formal Verdict: Will Alcoholics Anonymous Still Use Zoom?

That same media outlet in Seattle answers this question upfront in its headline. It declares “Alcoholics Anonymous meetings have gone virtual, and they’ll probably stay that way.” A recent article in The New York Times agrees. “A.A. to Zoom, Substance Abuse Treatment Goes Online” describes the use of this platform initially as a “stopgap” measure. But something happened in the interim. Zoom took root such that “both participants and providers say virtual sessions have some clear advantages and will likely become a permanent part of recovery.” 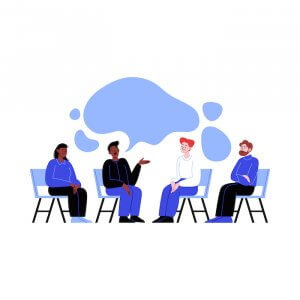 What’s more, this content touched on how the preponderance of AA meetings on Zoom extended the universe of those in treatment. Members can attend meetings outside of their geographic base. Someone in New York can join group discussions in, for example, Chicago, Las Vegas and Miami. It’s not limited to this country either. Members in the U.S. may participate in sessions in Canada, London or anywhere.

There are other pluses. The virtual format increases the pool of people seeking treatment. An addiction expert at the University of Washington School of Medicine attests to this. He says: “The potential for people who wouldn’t have access to treatment easily to get it is a big bonus.”

The Seattle news source not only notes Zoom’s contribution to AA and its enduring quality. It also explains it. “Virtually everything has gone virtual during the pandemic, and that includes AA meetings. Alcoholics Anonymous meetings are now on Zoom and it sounds like that will most likely remain an option even when in-person meetings resume.”

Sherry M. Adler
Author
Sherry M. Adler is a freelance writer based in the Greater New York City area, dedicated to using the power of words to inform and energize people.
Read Our Editorial Policy
Recent Posts
Related Tags
alcoholics anonymous
COVID-19
Don’t wait. Call us now.
Our admissions navigators are available to help 24/7 to discuss treatment.
Prefer texting to talking on the phone? We’ve got you covered 24/7.
Instead, sign up for text support to receive: