A Comparison of Dexedrine and Concerta 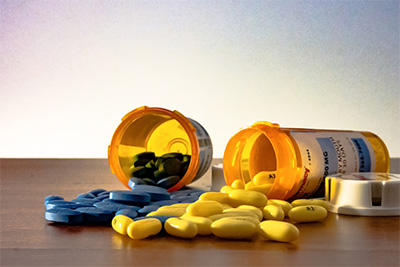 Dexedrine and Concerta are both prescription stimulant medications, which the Drug Enforcement Administration classifies as Schedule II controlled substances. Both medications may be used for the treatment of attention deficit hyperactivity disorder (ADHD).

Attention deficit hyperactivity disorder is a condition that typically develops in childhood or adolescence and can last into adulthood. It is characterized by impulsive and hyperactive behavior, difficulty with focus and attention, and distractibility.

While therapy, behavioral interventions, and education may be used to treat ADHAD, prescription medication is often an integral part of the treatment plan. The Centers for Disease Control and Prevention (CDC) notes that rates for ADHD have changed over the years due to differences in how diagnoses are made. However, current prevalence rates for children are at around 10 percent in the US.

Dexedrine and Concerta Use

Dexedrine is a medication comprised of dextroamphetamine, which is a stimulant approved for use in the treatment of ADHD. The drug is effective because it stimulates the brain to control attention and alertness, and it increases the concentration of the neurotransmitters sending signals between the brain cells. By making the brain more active in these areas, the drug can help a person become more focused. Despite its stimulant effects, the medication can actually have the effect of calming a person with ADHD.

Side effects of Dexedrine include:


Concerta is comprised of methylphenidate, and typically comes in an extended-release oral tablet. Concerta is also a stimulant medication that boosts the chemicals dopamine and norepinephrine in your brain, helping with focus, planning abilities, and attention.

Side effects from Concerta can include:

What Are the Differences?

Dexedrine and Concerta are both effective treatments for attention deficit hyperactivity disorder. A doctor may take into consideration specific factors in one’s medical history or personal experiences with different medications to make a determination as to which medication might be best for the presenting condition.

A study from the National Center of Biotechnology Information found that in children 6–12 years old, there was no clear difference in the effectiveness of Dexedrine versus Concerta. This study also found that Dexedrine appeared to suppress weight gain more compared to Concerta during the first couple years of use.

Dexedrine and Concerta have also been found to be effective in controlling ADHD symptoms in adults. Adults also experienced side effects of insomnia and loss of appetite. There is no evidence that one of the stimulants is better tolerated than the other.


Can They Be Abused? 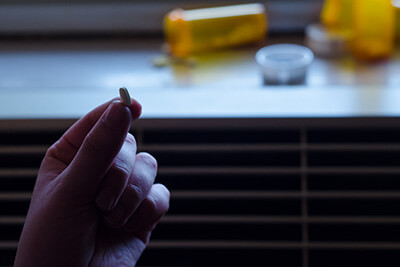 All prescription stimulants carry some risk for dependency and abuse, and Dexedrine and Concerta carry these risks as well. Due to the stimulant properties of Dexedrine and Concerta, the drugs may be abused to gain a euphoric high or to enhance energy and concentration for better work or school performance. People can develop a tolerance to the medication and may develop a dependency or addiction as their brain craves more of the stimulant to release feel-good chemicals, such as dopamine into the brain.

One study from The Medscape Journal of Medicine found that 14 percent of people who were on a prescribed medication for ADHD abused prescription stimulants. The most common method of abuse was crushing pills and ingesting them by other methods, such as snorting or injecting the drug. Methylphenidate (Concerta) was found to be the third most common drug abused, and dextroamphetamine (Dexedrine) was the fifth most common.

High school and college age students or other young adults are more at risk for abuse of ADHD medications. Adolescents and young adults may abuse the drug in order to perform better on tests or to stay alert for extended periods of time. Because of their potential for abuse and value on the street market, some people who receive prescriptions for these drugs may sell their prescriptions to their peers.

Some people who use ADHD medications may use the drugs recreationally, and they may combine them with other drugs such as cocaine, alcohol, or methamphetamines. Nonprescription misuse of stimulant medications has also been associated with other high-risk behaviors such as drug use. Polysubstance abuse increases the associated risks for all drugs involved, including the risk of seizure, elevated body temperature, heart attack, stroke, and death.

Because of the associations between these drugs and weight loss or appetite suppression, they may also be drugs of choice for people who have eating disorders or body dysmorphic disorder. A study from the Journal of American College Health found that ADHD stimulant medication misuse was linked with an increase in disordered eating patterns and associated pathologies among college-age women who were at risk for eating disorders. More research is needed to understand the potential implications for stimulant use and abuse among people with eating disorders.

Can You Overdose on Dexedrine and Concerta? 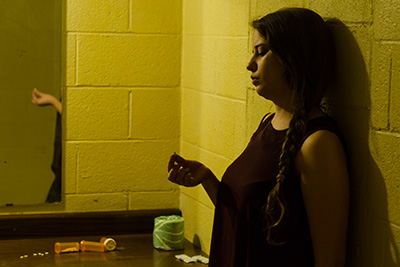 Overdose on stimulants can happen, and it is a risk when people do not take Dexedrine and Concerta as prescribed. The effects of an overdose depend on the exact drug or drug combinations that have been ingested, the amounts of the drug taken, and the specific conditions the person who has taken the drugs may be experiencing.

The National Capital Poison Center reports that they do receive calls about overdoses on ADHD drugs when potential misuse has occurred. Potentially dangerous situations may include:

More outreach is needed to help parents, educators, and healthcare providers communicate the risks involved with abusing prescription drugs. Misuse of these drugs puts the people who use Dexedrine and Concerta at risk for medical and legal consequences. When used as prescribed, these medications are effective treatments for people with ADHD, and most people who have ADHD use their medication as prescribed.

People who have a history of addiction or those with eating disorders or body dysmorphic disorder are at particular risk for misuse of stimulant prescriptions due to their side effects of weight loss and appetite suppression. Alternatives to stimulant medication include behavioral therapy or nonstimulant alternatives.