Is Dexedrine or Ritalin Still Prescribed?

Dexedrine and Ritalin are both prescription-only medications that are used to treat attention deficit hyperactivity disorder (ADHD) as well as narcolepsy. Dexedrine is comprised of dextroamphetamine, whereas Ritalin is comprised of methylphenidate.

Both medications are Schedule II drugs, which means they are considered substances with a high potential for abuse. They are regulated by the US Drug Enforcement Administration.

What Are Dexedrine and Ritalin Used For?

Dexedrine and Ritalin are both primarily used to treat ADHD. Attention deficit hyperactivity disorder is a condition with symptoms that include:

Ritalin is considered an effective treatment for ADHD, and it is commonly used along with counseling and other nonmedical therapies to treat the condition. It may come as an extended-release or immediate-release tablets, as well as a chewable tablet or liquid. Ritalin may also be used for elderly patients with ADHD or narcolepsy, and it is preferred over alternatives because it is a safer option for this population.

Ritalin does have some associated risks for certain people. The drug can raise blood pressure and heart rate; thus, it is not safe for people with heart problems. Ritalin could also slow the development of children and adolescents who take the drug.

Side effects of Ritalin include:

Dexedrine is another effective medication for the treatment of attention deficit hyperactivity disorder. The drug is available in short- and long-acting formulas, and it can be taken in tablet or liquid form.

Side effects of Dexedrine include:

Risks of Each Drug 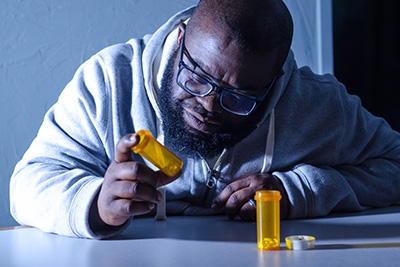 There is some concern about the long-term use of Ritalin on the brain, as the National Institutes of Health reports that studies in mice have found that Ritalin can cause physical changes in the neurons of the brain associated with the brain’s reward centers. The researchers noted that prescribing stimulants to children for ADHD treatment does not increase their risk of substance abuse later in life; however, when people do misuse the drug, addiction and its associated health issues can develop.

Dexedrine and Ritalin are both prescription stimulants, and these drugs can increase the release of the chemicals dopamine and norepinephrine in the brain. These feel-good chemicals set off reactions in the brain that contribute to feelings of euphoria and pleasure. As the brain seeks to receive more of this rewarding chemical, cycles of misuse and dependency can set in, escalating with prolonged use of the drugs.

While many people have legitimate prescriptions for these medications, misuse of a prescription drug may occur if a person takes the wrong dose or takes the medication in ways not intended, such as snorting, injecting, or smoking it, or taking someone else’s prescription. These uses may be both dangerous and illegal, increasing the risk for negative outcomes or exacerbated reactions to the drug.

Long term-use of the medications Ritalin and Dexedrine could cause a person to develop a tolerance for the medications, needing increased dosages to get the same effects initially experienced. The National Institute on Drug Abuse reports that misuse of prescription stimulants can cause psychosis, anger, and paranoia.

Ritalin and Dexedrine have the potential for abuse among people who have eating disorders or body dysmorphic disorder. Research links nonmedical use of prescription stimulants to weight control, especially among girls and young women. Because one of the side effects of prescription stimulants is weight loss, people with conditions that include symptoms of high fear of gaining weight or excessive desire to lose weight may misuse the drugs in order to facilitate weight loss and suppress hunger pains associated with eating restriction. This can have the effect of exacerbating their eating disorder or associated behaviors because the drugs can become habit-forming. These combined effects create a negative cycle of symptoms that exacerbate weight loss and disordered eating.

Can You Overdose on Ritalin or Dexedrine?

If someone has overdosed on prescription stimulants, emergency medical care should be administered.

How Is Addiction to Stimulants Treated? 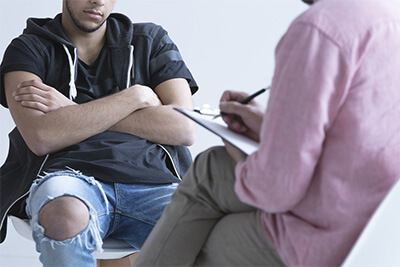 Treatment for ADHD with co-occurring substance use disorders can be problematic for clinicians. While Ritalin and Dexedrine are widely prescribed for the treatment of ADHD and narcolepsy, some medical professionals and researchers have concerns due to the risks and potential for abuse and addiction. Doctors who prescribe prescription stimulants may need to screen for the potential for heart problems due to the risk of heart attack. They may also need to screen for a history of addiction or abuse due to the habit-forming nature of the medications.

Ritalin and Dexedrine are controlled substances, meaning that they require doctors to create more documentation about the need for the drugs in an individual case, and they require a monthly visit for refills. This is another reason that doctors may opt for a nonstimulant alternative to Ritalin or Dexedrine. In this study, researchers found that nonstimulant prescription medications could be as effective as stimulant prescriptions in treating ADHD among people with co-occurring substance use disorders.

Nonstimulant options for medication are available, and they include drugs like bupropion (Wellbutrin) and atomoxetine (Strattera). These options can be used along with behavioral therapy to help clients with ADHD. The combination of behavioral therapy and medications often works better than the use of drugs alone.

Doctors will evaluate the risks for each person based on their medical history and other factors to determine if prescription stimulants are the right solution for an individual. Particularly if a person has a history of a substance use disorder or eating disorder, doctors may look at nonstimulant medications combined with behavioral therapy as alternatives to stimulant medications.