How Does Heroin Affect the Brain? 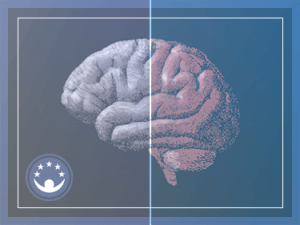 Heroin is an opiate derived from the opium poppy, but it is a synthetic substance. Although heroin was once a prescription painkiller, the drug was outlawed in the early 20th century because it was extremely addictive. To this day, heroin is a Schedule I drug, according to the Drug Enforcement Administration (DEA) and the Controlled Substances Act (CSA).

Like all addictive substances, heroin affects major organ systems in the body, especially the brain. One long-term effect of heroin abuse is addiction, but the drug can also harm the brain in other ways.

Heroin is most commonly injected intravenously, although it may also be snorted. The full effects of one dose of heroin last for a few hours, but the immediate euphoria and rush last only a few minutes. Once the high wears off, the person may begin “nodding,” or falling in and out of unconsciousness.

Other short-term effects from heroin include:

People who struggle with heroin addiction may do so for several years. This can lead to long-term consequences due to heroin abuse, including:

How Does Heroin Affect the Brain & Neurotransmitters?

The brain contains opioid receptors, and it creates opioid chemicals naturally in response to pain. However, these naturally occurring opiates may not last for very long, and they may not be potent enough to help with chronic pain issues, which is why many prescription painkillers contain synthetic opioids. Heroin is no longer used as medicine, but it binds to those same receptors, leading to a release of dopamine and other neurotransmitters, a pervading sense of relaxation and wellbeing, and painlessness.

Once the brain encounters these synthetic opioids though, it is less likely to produce its own. The more a person takes heroin, the less natural opioid the brain will produce. This affects the opioid receptors, and the risk/reward system in the brain, which is the primary pathway that uses dopamine. The brain also decreases how much dopamine, serotonin, and other neurotransmitters it produces because these are released artificially due to heroin use.

If a person is unable to take heroin when their brain needs the drug, they will experience withdrawal symptoms. Most of these symptoms feel like an intense flu, complete with aches, chills, depression, exhaustion, and nausea; very strong cravings for the drug also often occur.

Heroin can cause brain damage in a few different ways. First, it changes the structure of the reward system in the brain, so it will no longer function normally. This is what causes addiction.

Next, opioid receptors in the brain are tied to pain relief, but they are also tied to breathing. A person who abuses heroin will experience depressed breathing, even at non-overdose amounts. Depressed breathing is when breathing becomes shallow, slow, or irregular, and the body then receives less oxygen. With less oxygen, the brain will begin to reduce function of other systems in the body, which could lead to organ damage. Lack of oxygen could also lead to brain damage.

Abusing heroin has also been linked to a form of brain damage that looks like Alzheimer’s disease. The drug, according to one study, creates low-grade inflammation in the brain, along with a buildup of proteins. The drug may, for some people, induce a form of dementia.

Can Brain Damage from Heroin Abuse Be Reversed?

There is not much evidence regarding heroin’s damage to the brain and how much of it is reversible. Addiction is considered a chronic disease, so once it is induced in a person, it does not go away. However, like many chronic diseases, it is manageable, and many people overcome addiction and live full, healthy lives.

Some changes to brain structure, such as the Alzheimer’s-like dementia mentioned above, may be reversible. However, there are not enough studies to currently confirm or deny this.

How Heroin-Induced Brain Damage Is Treated

The best treatment for damage to the brain and body involving heroin is to detox and then enter a rehabilitation program. By eliminating the overarching cause of heroin addiction, the body may spontaneously recover some functions. Those that are not healed can be treated with other medical interventions.

Detoxing from heroin should never be attempted alone. Get medical supervision for heroin detox, which will likely involve medication management with a drug like buprenorphine. This long-acting partial opioid-agonist takes the place of heroin in the brain, so the person will experience less intense withdrawal symptoms. A doctor will work with the individual to taper the use of buprenorphine until the person’s body no longer requires opioids to normalize brain chemistry.

Once the individual is physically stabilized, they enter a rehabilitation program. These programs use group and individual therapy to help the person understand their addiction. The focus of therapy is to retrain the brain’s response to cravings, stress, or triggers; instead of taking heroin or abusing another drug, the person learns another way to manage these sensations.

Once the person overcomes their addiction to heroin, they may have remaining chronic health issues caused by heroin abuse. A doctor can manage these conditions, including dementia symptoms, memory issues, mental health changes like depression or anxiety, or other conditions with medications or other therapies.

Editorial Staff
Author
The editorial staff of American Addiction Centers is made up of credentialed clinical reviewers with hands-on experience in or expert knowledge of ad … Read More
Read Our Editorial Policy
Related Topics
Related Tags
heroin
opioid
side effects
Are you covered for addiction treatment? Find your insurance.
Check My Insurance
Do you have insurance?
Don’t wait. Call us now.
Our admissions navigators are available to help 24/7 to discuss treatment.
Get addiction help now (24/7 helpline)We’re here for you every step of the way.