Loving a Drug Addict: How to Help Them and Yourself 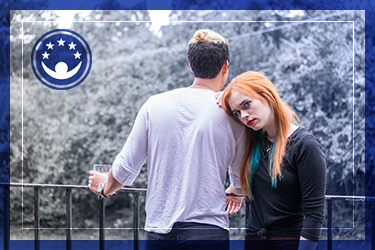 The realization that a loved one, such as a family member, romantic partner, or close personal friend, has a drug addiction can be frustrating and challenging. This is especially true when the individual with the problem appears to have no insight as to the nature of the damage their drug abuse is causing them and those who care for them.

Often, one of the puzzling aspects of substance use disorders is the observation by others that the individual has a clear issue and is engaging in destructive behavior, whereas the individual seems to view their behavior as totally under their control and normal. This situation is frequently referred to as being in denial, and there are some sources that suggest that this denial is actually a symptom of a substance use disorder. While denial is not an official symptom of addiction, it represents a relatively common defensive action that individuals take when they are faced with some potentially emotionally disturbing issue. Nonetheless, denial does represent a barrier of concern for individuals who wish to help the person seek treatment.

Talking to a Loved One about Addiction

Prior to approaching a loved one with the goal of discussing their drug addiction, it is important to consider one’s motivations for wanting to help the person and recognize that the person is ultimately responsible for their own behavior. The responsibility for any type of change lies with the person and not with any outside parties. Individuals can help others realize the scope of their personal issues, help them develop a plan of action, help them find qualified treatment providers, and support them in their efforts to change, but in the end, the person with the problem is the one who has to want to change. You cannot fix the person. They have to ultimately take action.

Before approaching someone with a substance abuse issue, one should:

During the discussion, it is important to remember the following:

An intervention is a formal approach to confronting an individual who has a substance use disorder. It consists of getting a group of concerned friends, relatives, coworkers, and family together in an attempt to convince the person to seek treatment for their problem. An intervention is not an aggressive, offensive, or accusatory attempt by the group to force the individual into treatment, but a group effort that follows many of the suggestions listed above. Good interventions have the following characteristics:

Interventions rely on the principle of strength in numbers. To find a professional to assist with an intervention, one can peruse the Association of Intervention Specialists or contact a local mental health professional who specializes in the treatment of addictive behaviors. In many instances, addiction treatment programs can link families up with reputable interventionists in their area.

Individuals who are enmeshed in the problems of another person and contribute to the person’s substance abuse are not likely to formally organize an intervention. These individuals often need someone outside the enmeshed relationship to approach them and discuss their issues with them. Sometimes, certain individuals who are in a personal relationship with someone who has a substance use disorder contribute to that person’s issues and substance abuse as a means for them to meet their own needs.

The Issue of Codependency 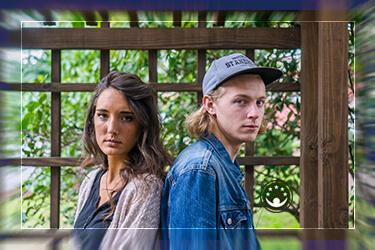 In his book Obsession: A History, Dr. Lennard J. Davies, the award-winning specialist in disability studies, reports that the term and the notion of codependence actually originated with members of Alcoholics Anonymous who came to see the enmeshment of the alcoholic’s family or friends as a method of supporting and even encouraging the addiction to alcohol.

The notion of codependence eventually became a sort of lay concept that was accepted in some areas to describe how individuals in families where there are members with substance abuse issues become dependent on one another for emotional support and approval. These relationships may foster the development of substance abuse in some or all members.

Although the notion of codependency does not fit with any type of diagnosable situation or clinical condition, a number of resources have been written on the pitfalls of codependent relationships. For example, the popular book Codependent No More describes codependency as a tendency to rely on and use the compulsive behaviors of another person as an effort to get approval or to define one’s own self-worth. According to the book, the characteristics of codependency include:

The suggested treatment approach for partners who are codependent is the use of Cognitive Behavioral Therapy to identify irrational beliefs and unreasonable attitudes toward one another, define issues with understanding their own needs, and then challenge these issues and help them change to more functional and rational beliefs. This includes helping them change their behaviors. Therapy can be performed on an individual basis or in family therapy sessions. Of course, there is the possibility that married couples attending therapy for issues with codependency become so independent that they realize they do not wish to remain together, although it is not normally the goal of the therapy for individuals to separate unless there is significant physical or emotional abuse.

There are also social support groups, such as Codependents Anonymous, which is a 12-Step program for individuals in codependent relationships. Families seeking treatment for codependency who have members with addictions would also need that person to engage in formal addiction treatment as well.

The description of codependency in couples or families who have members with substance use disorders parallels the description of enmeshed family systems that contribute to problems with individuals who have formal diagnoses of eating disorders, trauma- and stressor-related disorders, and personality disorders. These issues are often addressed by family therapy, as developed by the family therapist Salvador Minuchin, and by Family Systems Therapy. While codependency is not a formal diagnosis, it does describe a situation of enmeshment that occurs in a number of relationships where individuals attempt to compensate for their shortcomings and to hide issues with certain types of dysfunctional behaviors.

Get Help for Yourself

Very often, individuals who are close to someone who has an addiction suffer significant distress and develop their own issues that require support. There are a number of potential sources one can turn to. It’s frequently recommended that family members or partners of addicts engage in formal therapy on their own. In this setting, they can work through their own personal issues related to their loved one’s addiction.

The other option is to attend support groups consisting of individuals who are in relationships with people who have substance abuse issues, such as Al-Anon, which is primarily attended by friends and relatives of individuals with alcohol use disorders. These groups can be very helpful in offering advice, recommending therapists, providing pure support, offering approaches to dealing with personal issues, or recommending other types of supports that can be useful. There is no obligation to join these groups. Attendance at 12-Step groups like Al-Anon is essentially free and can be ongoing. Some other possible groups include Nar-Anon, Dual Recovery Anonymous (focusing on family or friends of individuals who have dual diagnoses, such as a substance use disorder and some other mental health disorder), and Adult Children of Alcoholics.