Dangers of Kratom Addiction and Signs of Overdose

Edited by: Wendy Manwarren Generes
Updated Sep 13, 2022
About The Contributor 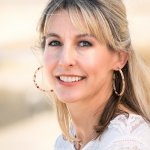 Kratom, (Mitragyna speciosa), a substance that comes from the leaves of a tropical tree found in Southeast Asia, is not scheduled under the Controlled Substances Act.1 While there is no legitimate medical use for kratom in the United States, people use the leaves and herbal products that come from the leaves for its effects that range from stimulant to sedative.1

Research indicates that kratom use may be on the rise. One study found that during a 7-year-period—from 2011-2017—individuals made 1,800 calls to poison control centers regarding adverse effects of kratom.2 Nearly two-thirds of the calls came in 2016 and 2017.2

The National Institute on Drug Abuse (NIDA)continues to support research to better understand the potential dangers of kratom.3 On its own, overdose is rare but when combined with alcohol or drugs, dangerous side effects can occur.3

While kratom products are currently legal in most areas in the United States, it is still a substance with a potential for misuse and even addiction.1 Some dangers of kratom include:1,3

Kratom Addiction, Withdrawal, and Side Effects

While there is some potential for dependence and addiction, there is convincing evidence that the potential for either is very low.2 Studies suggest that a small percentage of individuals who use kratom chronically for long periods of time may experience mild to moderate withdrawal symptoms when they stop taking kratom regularly.3 Acute withdrawal symptoms—many of which are similar to flu symptoms—may include:2

Long-term kratom use is not well understood. Case reports suggest that regular, prolonged use may lead to acute liver injury and cognitive impairment in a small percentage of individuals who misuse kratom.2,4

Kratom remains unrecognized as a controlled substance by the Drug Enforcement Administration (DEA) and therefore is not subject to regulation under the Controlled Substances Act.1

The FDA, however, warns consumers not to take kratom or products containing kratom because of its toxicity potential in multiple organ systems and the risks of addiction, misuse, and dependence.5,6 Since 2014, the FDA has instructed U.S. marshals to seize shipments containing kratom and kratom-containing dietary supplements.5

Mixing kratom with other substances can be dangerous. In severe but rare cases, kratom toxicities result in death.2 The CDC linked kratom to 152 deaths in 2016 and 2017.2 Polysubstance use accounted for 87% of these deaths, meaning death from kratom alone is uncommon.2

Take Our Substance Use Self-Assessment

Though rare, a few case reports found adverse effects associated with both chronic kratom use and acute overdose/toxicity, which may include:7

Find Substance Use Treatment Near You

However, effective addiction treatment, regardless of the substance, looks different for everyone but might include detoxification if you’re experiencing withdrawal symptoms. During detox, the body rids itself of the substance and toxins, while the healthcare support team manages the symptoms and keeps you safe and as comfortable as possible. While detox is an important step, it’s typically not enough to support long-term recovery. Evidence-based therapies help you understand the emotions, thoughts, and behaviors that led to the addiction in the first place. Therefore, after detox, treatment may involve inpatient or outpatient services, various therapy modalities, and aftercare to help support your long-term recovery from drug addiction.