How Long Does Kratom Stay in Your System?

Kratom is a tree (scientific name: Mitragyna speciosa korth) that grows in Asia and is related to the trees that produce coffee. The leaves of the tree have been used by people who live in the area as a form of stimulant. The leaves are typically brewed into a tea, and workers may drink the tea to give themselves more energy and to work longer hours. Other people use the leaves of the kratom tree for medicinal purposes. With a half-life of around 24 hours, it would take about 5-6 days to eliminate the drug from your system. Kratom may be detected in urine for up to 7 days, though it is not common practice to drug test for. 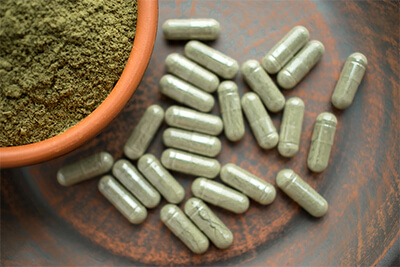 The Drug Enforcement Administration (DEA) does not designate kratom as a controlled substance, but it has been recognized by the DEA as a substance of concern. According to the information provided by the DEA, when consumed in low doses, the substance in the leaves has stimulant-like properties, whereas at higher doses, the substance has properties that simulate the actions of opiate drugs, particularly pain-relieving or analgesic properties.

The DEA is unable to estimate the extent to which kratom is used in the United States, but the drug does have a sort of cult-like following. There are even several groups, including the American Kratom Association that are actively involved in garnering support for the medicinal use of the substance, particularly for its pain-relieving qualities and its potential usefulness in addressing withdrawal symptoms from narcotic drugs like heroin.

The textbook Kratom and Other Mitragynines: The Chemistry and Pharmacology of Opioids reports that the major ingredient in kratom is the alkaloid substance mitragynine. Again, when taken at lower doses, it has effects similar to central nervous system stimulants like caffeine and methylphenidate (the active ingredient in drugs like Ritalin), and at higher doses, it produces euphoria, sedation, and analgesic (pain-relieving) effects. It may also have some unwanted side effects, such as sweating, overheating, reduced appetite, frequent urination, diarrhea, nausea, or weight loss.

Most of the research studies investigating the long-term effects of the drug are based on case studies, which are reports of a single instance of long-term use of the drug. Case studies are not considered to be as effective evidence as studies that use groups of individuals and look at the overall effect of the drug. However, case studies have suggested that chronic use of the drug may produce physical dependence (the development of withdrawal symptoms when one stops using the drug), and there may be long-term issues that can include mood swings, aggression, hallucinations, and even seizures.

According to the sources cited above, the effects of mitragynine are dose-dependent. Taking larger amounts of the substance will result in effects that can last for several hours.

Since the drug is not a formal medicinal drug, there are no specific guidelines for medicinal use. It has been suggested that the half-life of mitragynine is probably around 24 hours in most individuals. The half-life of the drug is the amount of time that it takes a person’s metabolism, particularly the liver, to break down the drug and reduce it by half its concentration in the person’s system. It is generally considered that in order to completely eliminate a drug from the body under most conditions, it takes about 5–6 half-lives; however, this is a general figure, and the actual elimination of any drug in any single individual is dependent on numerous factors. Thus, given this information, it would take about 5–6 days to totally eliminate the drug from the system.

The detectability of the drug in a person’s system can be quite variable, depending on numerous issues. Some sources suggest that the drug remains in the system from two to five days. Chronic users of the drug will have longer windows of detectability.

How Long Does Kratom Stay In Your System? 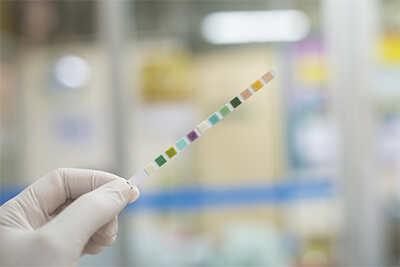 One of the factors that makes the understanding of how long kratom use can be detected in a person’s system complicated is the fact that the drug is not normally tested for in most drug panels. Even sophisticated testing methods used for high-priority jobs may not screen for the presence of mitragynine or its metabolites (substances produced as a result of the drug being broken down) because it is not a significant or popular drug of abuse.

Even though most drug screenings probably will not directly detect the presence of mitragynine, there are specialized detection tests, such as a 10-panel drug test for kratom and its metabolites, that can be employed. Using these tests, the drug could be detected in urine for up to seven days.

At the time of this writing, the use of saliva tests, blood tests, and hair follicle tests to detect the substances in kratom does not appear to be common practice. Therefore, in the vast majority of cases where a person is being tested for the presence of drugs, the active ingredients in kratom will most likely not be detected.

What Impacts How Long Kratom Is In Your System?

For those individuals who take the specialized 10-panel screen, there are several variables that can influence the length of time the drug can be detected in the system.

Find Kratom Addiction Rehab Near You

Editorial Staff
Author
The editorial staff of American Addiction Centers is made up of credentialed clinical reviewers with hands-on experience in or expert knowledge of ad … Read More
Read Our Editorial Policy
Related Topics
Related Tags
herbal
kratom
Are you covered for addiction treatment? Find your insurance.
Check My Insurance
Do you have insurance?
Don’t wait. Call us now.
Our admissions navigators are available to help 24/7 to discuss treatment.
Why call us?
Get addiction help now (24/7 helpline)We’re here for you every step of the way.