How Meth Affects the Female Body 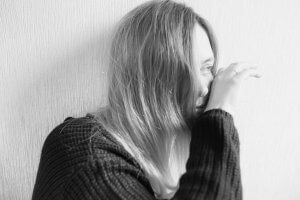 Articles in the media show that use of crystal meth by young adult females has seen a steady increase in recent years.1 Also increasing is the number of young women facing depression. Meth provides an easy way to cope with these unwanted feelings as it provides a euphoric sensation and decreases inhibitions – but this long-term abuse often leads to dangerous behaviors like unwise sexual activity, random partners, and a stronger possibility of unprotected sex.

Methamphetamine causes the amount of the dopamine (a naturally occurring chemical affecting pleasure, attention, learning, and movement) in the brain to increase dramatically.

This quick and short-lasting boost to dopamine levels causes the user to seek more of the substance to further enhance the effects. But tolerance to these pleasurable sensations builds, and so too does the need for more of the drug, furthering use, and probable addiction.

Women and the Adverse Effects of Meth Use

Most people have heard about the common adverse effects caused by methamphetamine use: rotting teeth and gums, premature aging, loosening of inhibitions, exposure to STDs, and the like.

However, new studies are showing that there is another serious outcome of meth use, and it is particularly damaging to women at a greater rate than men.

Simply put, this means that the study showed a marked reduction in gray matter volume (GMV) found in the brains of women who had used meth.

So…Just What is Gray Matter?

Gray matter is part of the physical makeup of the brain and is really important to humans in two ways.

First, gray matter gives people their power to process information. Found in many areas of the brain, the three components of gray matter include “neurons, the cells that make connections and store information in our brain, glial cells that feed the neurons so they can work at their best, and capillaries, which provide cells with blood and oxygen.”3

Secondly, gray matter functions in what’s called “neuroplasticity” of the human brain, or the ability of one’s brain to change and adapt as a result of experience. With this capability, the brain will actually modify its own neural network in response to many events, including normal growth development (emotional development from a teenager to an adult), and sometimes to external input such as a traumatic physical injury to the head.

Why Does This Make a Difference to Females?

In females, the activity of this neuroplasticity is complex and sex-specific. Changes happen in different areas of the brain than males, at different times, and in differing degrees.

For example, take changes that affect mood. Studies have shown that during puberty, females experience an increase in incidence of depression, caused by changes to the hypothalamic pituitary adrenal axis (HPA), which is a person’s central stress response system. “In females, there is an increased response of the HPA axis with advancing puberty, while in males, the response is decreased, possibly associated with increased testosterone levels. Schizophrenia is another disorder whose incidence rises markedly during adolescence and whose presentation shows significant sex differences.”4

Some researchers suspect that use of meth causes an actual shrinking of gray matter, which can lead to developmental issues and rocky recovery from later life stressors. Most agree that methamphetamine use causes permanent damage to the neural network, effectively interrupting messages transmitted by the brain’s neurons.

The female body is already loaded with its own complexities. Female teenagers who don’t use meth are already faced with complex and confusing physical and mental issues, especially those that relate to their emotional and sexual development. By introducing a chemical that works on the intricacies of the brain that control key developmental components, women who use meth place themselves at risk for developing serious physical and mental disadvantages that may last their lifetimes.

Priscilla Henson, MD
Medical Reviewer
Dr. Priscilla Henson is a Resident Physician specializing in Emergency Medicine at a community hospital in central California. She also serves as a m … Read More
Read Our Editorial Policy
Related Topics
About The Contributor

Priscilla Henson, MD
Medical Reviewer
Dr. Priscilla Henson is a Resident Physician specializing in Emergency Medicine at a community hospital in central California. She also serves as a m … Read More
Read Our Editorial Policy
Related Topics
Are you covered for addiction treatment? Find your insurance.
Check My Insurance
Do you have insurance?
Don’t wait. Call us now.
Our admissions navigators are available to help 24/7 to discuss treatment.
Get addiction help now (24/7 helpline)We’re here for you every step of the way.