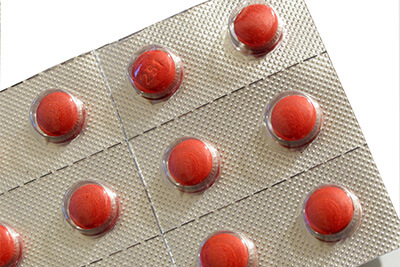 Pseudoephedrine is a drug that has been most commonly used as an ingredient in the previously over-the-counter medication, Sudafed, which is used as a nasal decongestant. Pseudoephedrine is present in some medications without a prescription, and it is available in drugstores behind the pharmacy counter. The US Food and Drug Administration sets limits on how much pseudoephedrine consumers can purchase in a month-long period.

Pseudoephedrine was previously sold on the shelves at most drugstores. Consumers can still buy products with pseudoephedrine in them without a prescription; however, due to the increased use of the medication as an illicit ingredient for the manufacture of methamphetamines, pseudoephedrine is now kept behind pharmacy counters, and consumers must show photo identification and sign a log in order to purchase the medication. This procedure varies state by state, but it was put into place after federal regulations were established to combat the misuse of the medication in illegal drug manufacturing.

How Is Pseudoephedrine Used?

When used as intended, pseudoephedrine is considered safe and effective for combating nasal congestion, and it can relieve symptoms associated with swollen nasal passages and mucus buildup, such as pain and difficulty breathing. The medication works by shrinking the swollen tissue of the nasal passageway and allowing mucus buildup to drain out.

What Are the Side Effects of Pseudoephedrine Use?

Side effects from typical pseudoephedrine use can include:

Signs of Overdose & Severe Side Effects

People who intentionally ingest more that the recommended amount of pseudoephedrine may be at risk for overdose. Read the instructions on the box and take the recommended dosage only or consult your doctor to determine a safe dose.

Severe adverse reactions and/or overdose include:

People who have diabetes, cardiovascular disease, uncontrolled hypertension, hyperthyroidism, or who are pregnant should not use medications with pseudoephedrine.

How Is Pseudoephedrine Misused? 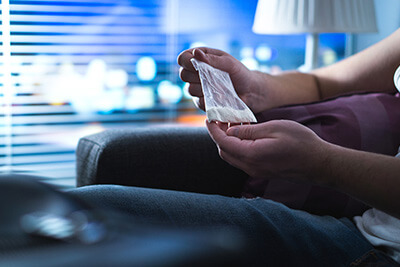 Pseudoephedrine can be misused as an ingredient for the illicit manufacture of methamphetamines.

In 2005, the FDA created the Combat Methamphetamine Epidemic Act, which banned over-the-counter sales of cold medicines that included the ingredient pseudoephedrine, requiring them to be sold behind the counter. The act also required consumers to present a photo identification and for stores to keep records of purchasers for at least two years. The law limits the amount an individual can purchase in a 30-day period. These changes were made after a surge of reported methamphetamine abuse revealed that people were using easily accessible over-the-counter medications that contained pseudoephedrine in order to manufacture methamphetamines in labs at home.

Pseudoephedrine does carry some risks of abuse on its own. Some people use the drug to promote alertness and as a stimulant. A study from Integrated Pharmacy Research and Practice notes that pseudoephedrine is among other medications available without a prescription that can be used to self-medicate, leading to a risk of abuse or addiction. Another study from BMJ Open Sport and Exercise Medicine notes that some athletes have abused pseudoephedrine as a performance-enhancing drug.

Methamphetamine is a powerful stimulant that can be highly addictive and easily abused. People who abuse methamphetamines take the drug by inhaling or smoking it, swallowing it in pill form, snorting crushed or powder forms of the drug, or injecting powder that has been dissolved in water.

The National Institute on Drug Abuse notes that methamphetamine causes a quick high that fades soon after. Due to the relatively short duration of the high associated with the drug, many users take multiple doses over a long period of time, sometimes even using for days at as time. Methamphetamine increases the levels of the feel-good chemical dopamine into the brain, causing a stimulation of the reward centers in the brain. This release of dopamine reinforces the drug-taking behavior, which can result in addiction and dependency.

Find Sudafed Addiction Treatment Near You

Are Regulations Helping to Curb Abuse?

According to a study sponsored by the National institute of Justice, nationwide meth-lab incidents decreased overall as a result of government attempts to restrict sales of precursor ingredients to methamphetamines. The study also found that regulations had some short-term effects on reducing demand for methamphetamines.

However, controlling the supply of ingredients can only have limited effects in the overall demand for illicit substances. People with serious addiction problems may turn to other substances or other sources in order to obtain drugs if they lose access to their drug of choice.

While pseudoephedrine is still available for purchase as a nonprescription medication, some people may choose to use alternatives. Particularly if a person has a history of substance abuse, or has abused methamphetamine in the past, they may want to consider using alternatives to pseudoephedrine when they need relief from nasal congestion.

Privacy concerns are also an issue for some people. Individuals may not want to provide the information required by the DEA in order to purchase products with pseudoephedrine. For those who do not want to have their information and purchase history collected or stored by their pharmacy, choosing a product without pseudoephedrine may be a viable alternative.