Similarities and Differences Between Oxycodone and Oxycontin 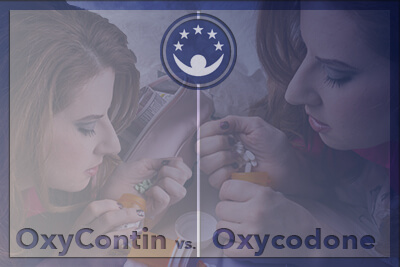 OxyContin and oxycodone are both analgesics (pain-relieving medications) that belong to the class of opiate or narcotic drugs. Opioid drugs are either manufactured directly opiate substances extracted from the poppy plant or synthetic derivatives of them. many of the commonly prescribed narcotic pain medications are classified as Schedule II controlled substances by the United States Drug Enforcement Administration (DEA).

This means that while these drugs have some significant medicinal effects, they are also substances with a significant potential to be abused, and individuals who use or abuse them for significant periods of time are at risk to develop physical dependence on them.

How Are OxyContin and Oxycodone Similar?

Oxycodone and OxyContin are both names given to different pharmaceutical formulations of the same opioid medication.

Because OxyContin is a time-release form of oxycodone and generally contains higher concentrations of oxycodone than drugs that are not time-release versions, individuals who use the drug in manners inconsistent with its intended use, such as grinding it up and snorting it, mixing it in liquid and injecting it, or using extremely high amounts of the drug, may experience more enhanced effects than individuals who abuse other drugs with oxycodone in them, such as Percocet, even if these drugs are used in a similar manner. This means that for some individuals, OxyContin may have stronger effects and may be more likely to lead to a substance use disorder in a shorter period of time than use of other drugs with oxycodone in them. However, both formulations are equally dangerous and classified by the DEA in the same category as having significant potential for abuse and the development of physical dependence. 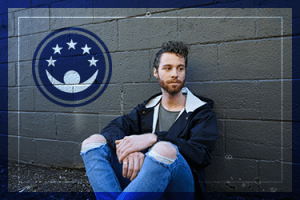 In essence, because the two substances are essentially the same chemical substance, the effects of using them are similar with few differences other than those mentioned above. According to a number of sources, such as the books Acute Pain Management: A Practical Guide and Opiate Receptors, Neurotransmitters, and Drug Dependence: Basic Science-Clinical Correlates, these effects include immediate issues, potential side effects, and long-term effects.

Immediate effects that occur who use the drugs, include:

Side effects that will occur in some individuals include:

Long-term issues with the use of OxyContin or oxycodone include:

If a person uses these drugs according to their prescribed uses and under the supervision of a physician, the potential for developing detrimental long-term effects associated with medicinal use is greatly reduced. Individuals who abuse these drugs for lengthy periods of time are at increased risk to develop these long-term detrimental effects and for overdose due to their tendency to binge on them or mix them with other drugs, such as alcohol. An overdose on narcotic drugs can be potentially fatal.

Attempting to compare and contrast rates of abuse between oxycodone and OxyContin would be like attempting to compare rates of consumption of large and medium-sized apples. The data is not of interest to most professional organizations. Essentially, the drugs are the same with a few minor differences for use in medicinal purposes. The national data kept on drug abuse reflects this fact.

There was a steady rise in the number of emergency room visits associated with oxycodone use and then the number of visits leveled off from 2009 to 2011. Given the increased restrictions on prescribing practices and special attention now placed on these medications, it could be expected that data for the next recording time period will reflect a similar leveling trend or even a downward trend.

The treatment approach for any individual with an opiate use disorder as a result of using OxyContin or other oxycodone products would not significantly differ in its overall plan of action. The treatment program should consist of the following components:

Editorial Staff
Author
The editorial staff of American Addiction Centers is made up of credentialed clinical reviewers with hands-on experience in or expert knowledge of ad … Read More
Read Our Editorial Policy
Related Tags
opioid
Are you covered for addiction treatment? Find your insurance.
Check My Insurance
Do you have insurance?
Don’t wait. Call us now.
Our admissions navigators are available to help 24/7 to discuss treatment.
Why call us?
Get addiction help now (24/7 helpline)We’re here for you every step of the way.