Effects and Dangers of PCP Use

Phencyclidine, otherwise known as PCP, is a hallucinogenic, dissociative drug that comes in the form of a white crystalline powder or a clear, yellowish liquid, according to the National Highway Traffic Safety Administration (NHTSA). 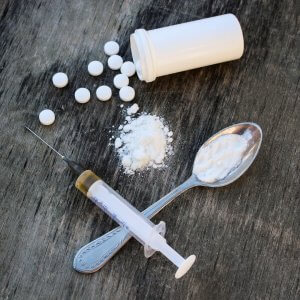 It’s often referred to as angel dust, amp, rocket fuel, and animal tranquilizer, among other names. Introduced as an intravenous anesthetic in the 1950s, the drug is now used for its psychoactive effects. Phencyclidine can be ingested as a tablet or capsule, or snorted as a powder. People also smoke PCP by mixing it with tobacco or marijuana. It can be added to eye drops as well. Smoking or injecting the drug causes a more rapid onset of effects.

A person on PCP often has a strong sense of strength and invulnerability, leading them to actions that may be unintentionally harmful and dangerous. The drug also causes a range of physiological effects in users, such as:

Why Do People Abuse PCP?

Per a Substance Abuse and Mental Health Services Administration survey in 2013, 32,000 individuals aged 12 and older used PCP for the first time in the year preceding the study. About 1.1 million people used hallucinogens in general that year. In all, millions of people have tried PCP, an addictive drug that prompts cravings, compulsive behavior, and psychological dependence, the National Drug Intelligence Center (NDIC) states.

People use PCP intentionally for various reasons. It is a mind-altering drug, according to the U.S. National Library of Medicine. When phencyclidine acts on the brain, it changes a person’s mood and behavior. The drug can prompt hallucinations in the form of realistic sights, sounds, and feelings that do not have a basis in reality. Individuals also take PCP to experience separation from their body and its surroundings. This can make a person feel like they are floating, uninhibited, and have no fear. People often admit to being able to think more clearly after taking phencyclidine.

Information from NHTSA states that most users of PCP stick to intermittent use; however, people may also develop tolerance to the drug and use it daily. When one becomes addicted to phencyclidine, they often resort to drug-seeking behaviors that are characteristic of addiction.

The onset of PCP’s effects is quite rapid; they take hold within 1-5 minutes when PCP is smoked or injected, and within 30 minutes if taken orally or snorted. It can take 4-6 hours for the major effects to decline, and a person may not fully return to their normal state for 24 hours.

Dangers of PCP Use

Aside from addiction and tolerance, there are many dangers associated with PCP use. The immediate, short-term effects include nausea and vomiting. People many also salivate excessively and experience severe anxiety, paranoia, and flashbacks. Phencyclidine can also interact with other drugs; if it is mixed with chlorpromazine, severely low blood pressure can result. The effects of depressants, such as barbiturates and alcohol, can be enhanced if these drugs are mixed with PCP. In high doses, PCP can trigger life-threatening seizures, coma, and death.

Phencyclidine is psychologically addicting. If someone were to stop using it, withdrawal symptoms, such as anxiety, agitation, increased body temperature, or twitching, as well as the more severe reactions of hallucinations and seizures mentioned earlier, could result. Benzodiazepines can reduce the hypertensive and seizure-inducing effects of PCP.

The long-term effects of PCP use include memory loss, depression, weight loss, and trouble with speaking or thinking. Users may also experience suicidal thoughts and social withdrawal. Symptoms presenting in a PCP user can mimic those of schizophrenia (e.g., delusions, paranoia, etc.). A person can experience any of these problems for up to a year after ceasing use of the drug.

There are other dangers to consider in regards to the potency and purity of any dose of PCP. If a cigarette is dipped into a PCP solution, the dose can be highly variable. Fry, the street name for marijuana or tobacco mixed with phencyclidine, may also be mixed with embalming fluid. This contains formaldehyde, ethanol, and methanol, and it can also cause hallucinations. The fluid is added to enable a cigarette or joint to burn more slowly, possibly leading to a longer high. Consuming embalming fluid can cause damage to body tissues, including the lungs and brain, inflammation, nose and throat sores, and cancer.

Concentrations of PCP and its byproducts vary considerably when it is sold on the street, as the drug is difficult to synthesize. Many illicit samples contain PCC, its precursor, which is highly toxic and releases poisonous cyanide. The precursors of PCP can cause more devastating effects than the drug itself.

The U.S. Department of Justice reported that 20.6 percent of high school seniors said they could easily obtain PCP in 2008 compared to 83.9 percent who could access marijuana and 42.4 percent who could get cocaine. It’s not as commonly found as other illegal drugs, but tens of thousands of people a year are exposed to this harmful substance for the first time.

Phencyclidine takes effect very quickly, and it can have devastating short- and long-term consequences. Adding to the danger is the fact any PCP sample can have uncertain amounts of the drug, plus other dangerous compounds. Educating people on the dangers of PCP use is the best way to deter them from taking it and being subjected to its serious effects and dangers.

Editorial Staff
Author, American Addiction Centers
The editorial staff of American Addiction Centers is made up of credentialed clinical reviewers with hands-on experience in or expert knowledge of addiction treatment. Read More
Read Our Editorial Policies
Related Topics
Related Tags
pcp
side effects
Don’t wait. Call us now.
Our admissions navigators are available to help 24/7 to discuss treatment.
Why call us?
Get addiction help now (24/7 helpline)We’re here for you every step of the way.
;