What Is Phenobarbital Abuse?

The barbiturate phenobarbital is marketed under several different brand names, including Luminal and Nembutal. Barbiturates make up a class of drugs that act as central nervous system depressants, meaning they suppress the actions of the neurons in the brain and spinal cord.

Their primary mechanism of action is to increase the efficiency and availability of the inhibitory neurotransmitter gamma-aminobutyric acid (GABA). When activated, this neurotransmitter has the effect of inhibiting the firing of other neurons in the central nervous system.

Barbiturates were once the primary medications used in the treatment of anxiety disorders and issues with anxiety; however, they were also significant drugs of abuse. Their role in this capacity has been largely taken over by benzodiazepines (e.g. Valium, Xanax, etc.), which were considered to have less potential for abuse, although benzodiazepines are obviously also major drugs of abuse. The Drug Enforcement Administration (DEA) classifies phenobarbital as a Schedule IV controlled substance, signifying that it can result in the development of physical dependence when used for a significant length of time, and it is a potential drug of abuse.

For the most part, phenobarbital is still used as a drug to control epileptic seizures and other seizures, and as a preanesthetic medication. In some countries, including the US, the drug is also used in lethal injections as it shuts down the actions of the central nervous system that control breathing and heart rate when used in high doses.

Information provided by the Substance Abuse and Mental Health Services Administration (SAMHSA) indicates that barbiturates are not as freely prescribed as they were before the development of benzodiazepines. Abuse of barbiturates often occurs in younger individuals who procure the drug by stealing it or getting it from someone who has a prescription for the drug. According to the data from 2015, approximately 0.6 percent of individuals over the age of 12 reported abusing sedative medications; SAMHSA lists benzodiazepines, barbiturates, and certain sleep aids under the title of “sedatives.” However, the vast majority of individuals who are prescribed these medications (nearly 85 percent) do not abuse them.

Although a formal substance use disorder can only be diagnosed by a licensed mental health clinician, when anyone notices two or more of the above signs or symptoms, it’s important to discuss the situation with the person and suggest that they seek professional help.

Other Risks Associated with Phenobarbital Abuse

Aside from the development of a substance use disorder, there are several other potential risks associated with using or abusing phenobarbital, even at prescribed doses, for significant periods of time. Research has indicated the following:

Finally, individuals who abuse a drug like phenobarbital are at extreme risk to suffer severe overdose effects. Overdose from phenobarbital is potentially dangerous; remember that phenobarbital has been used in lethal injections in the United States and other countries. Abusing phenobarbital with other substances increases this risk.

A person who has developed a substance use disorder as a result of phenobarbital abuse has a serious mental health condition that requires formal intervention. The withdrawal process from phenobarbital may result in the development of seizures, and the seizures can actually be fatal. Therefore, it is extremely important that anyone who has abused phenobarbital on a regular basis consult with a licensed physician before discontinuing use of the drug.

The first step of recovery from phenobarbital abuse for most individuals would be placement in a formal physician-assisted withdrawal management program to help the individual safely discontinue use of the drug and avoid any potentially serious withdrawal symptoms. The physician will prescribe medications, most likely a benzodiazepine or another barbiturate, and then slowly taper down the dosage of that drug while monitoring the client. This will allow the individual to be slowly weaned off the drug safely. It is important to understand that individuals cannot safely and effectively undergo a withdrawal management program without being under the supervision of an addiction medicine physician or a psychiatrist who specializes in addiction medicine.

In addition to therapy, other useful interventions include participation in social support groups (e.g., 12-Step groups), interventions aimed at helping individuals with education or occupational skills, and adjunctive and complementary interventions, such as music therapy, art therapy, animal-assisted therapy, etc. Any co-occurring psychological disorders or medical conditions should also be treated in conjunction with the individual’s substance use disorder.

Successful treatment outcomes for substance use disorders are highly related to the length of time individuals remain in these interventions. Individuals who remain in therapy and continue to participate in social support groups following the completion of formal treatment have the best chances of overall success. 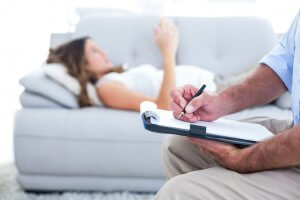 Phenobarbital is a barbiturate drug that has a moderate potential for abuse and the development of physical dependence. While not as readily available as some drugs of abuse, an individual who abuses phenobarbital is opening the door for a potentially dangerous situation that can include long-lasting physical and emotional effects. Individuals who abuse phenobarbital should seek professional help in a formal substance use disorder treatment program.

Editorial Staff
Author
The editorial staff of American Addiction Centers is made up of credentialed clinical reviewers with hands-on experience in or expert knowledge of ad … Read More
Read Our Editorial Policy
Related Topics
Related Tags
barbiturates
Are you covered for addiction treatment? Find your insurance.
Check My Insurance
Do you have insurance?
Don’t wait. Call us now.
Our admissions navigators are available to help 24/7 to discuss treatment.
Get addiction help now (24/7 helpline)We’re here for you every step of the way.