The 2016 Tennessee Behavioral Health County and Region Services Data Book (“the Tennessee Data Book”) includes extensive data from the Tennessee Department of Mental Health and Substance Abuse Services (TDMHSAS) by county and for the state overall.

The following statistics for Davidson County (2014 population of 668,347) shed light on the drug abuse and treatment landscape in Nashville:

To place the statistics from Davidson County in context, it is helpful to consider statewide statistics. The Tennessee Department of Mental Health and Substance Abuse Services has published a set of Fast Facts that includes the following information about substance abuse and treatment admissions in the state:

While it is heartening to see the number of drug treatment admissions to TDMHSAS-funded programs, it must be assumed that only a fraction of those in need actually get help. According to the National Survey on Drug Use and Health, in 2015, approximately 21.7 million American (in the 12+ age group) needed drug abuse recovery treatment but only 2.3 million received help from a qualified facility. Seeking admission to a structured drug treatment program remains the most advisable course of action to take. Specific states, cities, and counties across America have commenced different initiatives to support drug abuse prevention and treatment, and Tennessee is no exception.

The federal government, state authorities, municipalities, counties, and nonprofits are continuing to work to expand access to treatment services. When armed with the right information and resources, paying for drug recovery treatment is unlikely to be a barrier to treatment. Treatment at a drug recovery center may be free, low-cost, payable along a sliding scale, covered by private insurance, or covered by public insurance. The key is for a person in need or affected family members to know the options available and feel encouraged to pursue them. See if your insurance provider can cover at least part of the cost of rehab.

For qualifying individuals in need of drug detoxification services in Nashville or greater Tennessee, the  Medically Monitored Withdrawal Management Services (MMWM) may be able to help.

The program provides around-the-clock medically supervised detoxification services. This inpatient program can help a person through the withdrawal process and ready them for entry into the main phase of treatment at a residential or outpatient drug treatment program. Note that drug detoxification services can be provided in different settings, such as a standalone clinic, a hospital, or within a drug rehab program. The provider sets the terms of payment and may accept payment out of pocket, from public or private insurance, or provide free or low cost services. 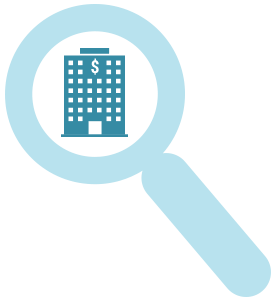 The Tennessee Substance Abuse Treatment Provider Directory can help individuals to find free or low-cost inpatient programs, outpatient programs, intensive outpatient programs, partial hospitalization programs, and halfway houses. In order to be eligible for free or low-cost treatment, individuals should be able to meet a financial needs test. The test takes numerous factors into consideration, such as a lack of financial resources to pay for treatment; that the person in need is not enrolled in TennCare (Tennessee’s Medicaid program), is without private or other public insurance, or has exhausted the spending limits under TennCare or another insurance program; and that their income meets the federal poverty guidelines (133 percent of the amount set by the U.S. Department of Health and Human Services).

The Addictions Recovery Program (ARP) is also available to individuals who meet the 133 percent federal poverty guidelines criteria. This program may be especially helpful to individuals in Nashville or greater Tennessee who have co-occurring substance use and mental health disorders. Tennessee residents who are 18 and older can be screened for eligibility.

There are numerous drug recovery program locators that Tennessee residents can use, including:

Nonprofits are also a source of support. The following may be of assistance to Nashville, and greater Tennessee, residents:

The first step to getting help for substance abuse may feel like a leap, so having support from loved ones is helpful, but there is always help beyond one’s immediate family. Again, the public has a stake in its members’ sobriety and abstinence. For this reason, there are numerous professional services available to those who are willing to start the recovery progress or return to treatment after a relapse. Whatever a person’s specific needs, programs and qualified addiction specialists are available to help in Nashville.

Public programs that aim to address drug abuse in Nashville are working on the frontline of the crisis. The drug issue is multifaceted and includes a supply side and a demand side. For this reason, different approaches must necessarily work in combination.

To address the supply side of the issue, authorities have instituted numerous programs, including the Nashville (Tenn.) Drug Market Intervention program. The stated mission of the program is to monitor the streets for drug sales and provide an appropriate response, which should deter further drug sales and increase neighborhood safety. But the program is unique because it is not committed solely to criminalization.

The program involves four phases of action: identification of drug sales, preparation, notification, and delivery of police resources. Identification includes the police gathering intelligence from the street to learn of the extent and nature of the drug sales. The preparation phase features different strategies, such as building informational networks and relationships with other enforcement authorities, community members, faith-based organizations, and local organizations. The notification stage involves inviting eligible offenders to change their behaviors and attitudes. During the resource delivery phase, eligible offenders are provided with various services, as needed, such as drug abuse treatment, skills building classes, job interviewing coaching, and education. Overall, this program is directed toward rehabilitation rather than criminalization.

Numerous organizations (governmental and nonprofit) work to reduce the demand side of the drug abuse crisis in Nashville. Efforts include offering the public prevention services and treatment options. According to the Tennessee Department of Mental Health and Substance Abuse Services, the following are some of the initiatives that the state has made and are presumed to be available in Nashville: 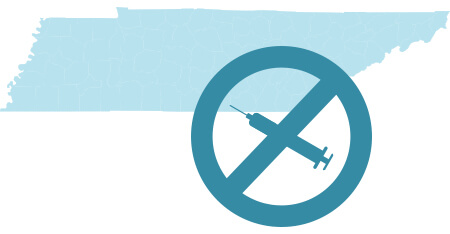 There are several factors involved in the success of a public initiative, including community involvement. For individuals who are affected by, or interested in, supporting anti-drug abuse/pro-abstinence programs, the above programs represent only a fraction of the ways to get involved. The foregoing initiatives send a clear message that drug use is preventable and help is available at every phase of abuse. It is critical to keep in mind that drug abuse is never a personal matter alone because there are numerous stakeholders involved in recovery, including the public. For some, locating a treatment facility may seem like an obstacle, but it never needs to be. There are numerous resources available in Tennessee to connect individuals with recovery services in Nashville.

Founded in 1779 and located in Davidson County, Nashville has a history as distinguished for its politics as its music. From 1865 to 1869, the 17th US President Andrew Johnson (who took office after President Abraham Lincoln was assassinated) defended Nashville against confederate forces that he believed threatened to divide the nation. For this and other political feats, Nashville is now the home of many buildings, statues, and other public landmarks that bear Johnson’s name and/or likeness. Nashville is also the home of the Grand Ole Opry, the famous center of country music.

Locals and tourists alike undoubtedly appreciate Nashville’s historic sites, cultural offerings, and other sources of entertainment. But like most cities in America, Nashville is no stranger to the American drug epidemic.

Editorial Staff
Author
The editorial staff of American Addiction Centers is made up of credentialed clinical reviewers with hands-on experience in or expert knowledge of ad … Read More
Read Our Editorial Policy
Related Tags
local
nashville
treatment
Don’t wait. Call us now.
Our admissions navigators are available to help 24/7 to discuss treatment.
Get addiction help now (24/7 helpline)We’re here for you every step of the way.