Is the Drug MDXX Harmful? 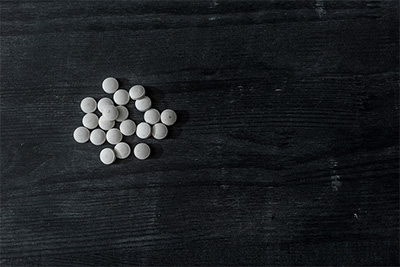 MDXX is in a class of drugs that are derived from phenethylamines, which include psychoactive drugs that produce stimulant and psychedelic effects. MDXX is a drug that has hallucinogenic effects and acts as a stimulant. The reported effects of the drug include increases in energy and sensory perception, as well as heightened self-awareness and empathy.

MDXX is referred to as ecstasy or Molly when used as a recreational drug. It is also sometimes called E, happy pills, and MDMA.

The National Institute on Drug Abuse reports that MDXX was originally developed in 1912. It later became used by psychiatrists in the 1970s to enhance patient sessions. Psychiatrists at the time believed that the drug could enable patients to become more insightful and more open to communication in treatment. By 1985, however, the drug had been banned by the Drug Enforcement Administration and classified as a Schedule I drug, meaning that it has no acceptable medical use as well as a high potential for addiction.

In the early 1990s the Food and Drug Administration approved human trials to explore potential medical uses for the drug, and clinical trials have since explored the potential for MDXX to be used for pain relief, post-traumatic stress disorder, and anxiety. A study from Social Cognitive and Affective Neuroscience found that MDMA significantly increased empathy ratings, particularly in men. While men scored lower than women in empathy before taking MDMA, ingesting the drug brought men’s empathy levels to comparable levels found in women.

How Is It Ingested?

MDXX may be sold in tablet or capsule form, and it is ingested orally or sometimes by crushing and snorting the drug. The term Molly usually refers to the powder form, which may be sold as powder or in capsules.

Many drugs being sold as MDXX or MDMA may contain other drugs as well as different concentrations of the substance. Researchers who have tested drugs sold on the street have found tablets or capsules containing methamphetamine, ketamine, caffeine, ephedrine, heroin, cocaine, and phencyclidine (PCP). Tablets generally contain between 50 and 150 milligrams of MDXX; however, sometimes the tablets or capsules being sold as such may contain no MDXX at all.

The variability in what people are purchasing what is being sold as MDXX highlights the potential dangers of the drug, as people often do not know exactly what they are taking. People who use MDXX may take one to two tablets each time the use, and they may space the dosage out in order to prolong the effects of the drug. When taken orally as a tablet or capsule, a person who has ingested MDXX will typically begin to experience the effects in about 45 minutes, with effects lasting about three hours.

Additionally, some people may be under the mistaken impression that Molly is purer and therefore a safer version of the drug. This study found that people who use MDMA tended to view the drug as having better effects than traditional ecstasy tablets, being safer than other drugs, and being a more modern drug to party with. However, the study further notes that concentrations of MDMA in both the crystalline and tablet forms can vary widely depending on the source and country of origin, and there is inherent risk in consuming drugs that make be mixed with unknown substances. Fatalities have been reported among people who have ingested different forms of MDXX mixed with other drugs. 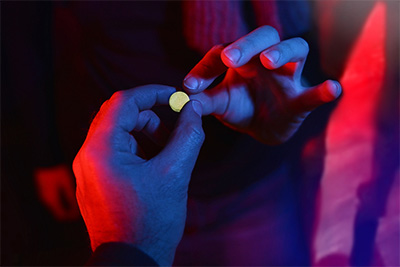 The risks associated with MDXX include high blood pressure, panic attacks, fainting, loss of consciousness, and seizures. As the drug may cause significant increases in energy, many users will undertake physical activity that could cause a rise in body temperature. The association between MDXX use and physical activity, such as dancing, can result in dehydration, causing other complications such as electrolyte imbalance.

Other effects of MDXX use can include involuntary jaw clenching, loss of appetite, restlessness, nausea, headaches, sweating, and muscle stiffness. Combining the drug with other substances, such as alcohol, caffeine, marijuana, or amphetamine, can increase the effects of the drug and increase the risks for the dangers associated with consumption of MDXX. People who use MDMA are also likely to be consumers of other drugs, increasing the risk of dangerous drug combinations.

A study from Biological Chemistry notes that there are both short-term and long-term effects of MDMA misuse. Short-term risks include impairment in memory, decision-making, and executive functioning. Long-term abuse of MDMA can lead to heart damage and heat disease.

Addiction is also a risk for people who take MDXX because the drug causes the brain to release the feel-good chemicals serotonin, dopamine, and norepinephrine. As the brain becomes accustomed to the presence of these chemicals, withdrawal from MDXX can cause cravings for more of the drug to continue to stimulate further release of these pleasure chemicals. The brain begins to produce less of these chemicals over time, and people may experience depression, anxiety, insomnia, cravings, mood swings, and other negative withdrawal symptoms. Researchers found that women who used MDMA have chronic changes in their brains that do not reverse with abstinence. This suggests that even short-term use could have long-lasting impacts on the brain. 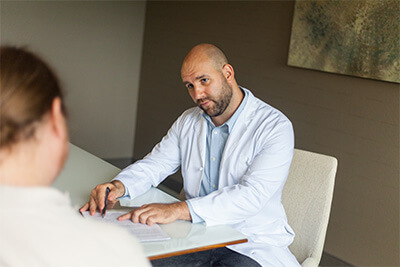 Treatment for addiction can address many of these problems. Everyone has a unique set of needs when they are seeking treatment for addiction. Individuals may need different protocols for detox depending on the type and amount of substances they have been using. A full assessment for substance use disorder treatment will include a detailed history of the person seeking treatment to help the treatment team fully understand the needs of the client.

Treatment may include a medically supervised detox that helps the individual gradually withdraw from MDXX and other substances while receiving medication to mitigate the symptoms of withdrawal. Detox is followed by inpatient or outpatient therapy, depending on the level of care needed based on the initial assessment.

Recommendations may include individual, group, or family therapy, along with an addiction support group or other auxiliary practices such as mindfulness exercises. A study by Addiction Science and Clinical Practice found that mindfulness-based interventions (MBIs) had a significant effect on cravings and substance misuse in treatment for addictions. This information may help therapists recommend mindfulness-based practices tailored to the individual to create a strategy to manage cravings.

A therapist can help the client learn alternative ways to cope with distressful emotions and new ways to seek pleasure and enjoy life without turning to potentially harmful substances. Therapy may also focus on rebuilding damaged relationships and family ties that may have been negatively affected due to the impact of addiction.

Doctors and therapists continue to seek the best information for how to treat people with MDXX addiction. Treatment may focus on the emotional and psychological factors that contributed to the escalation of use or drug-seeking behaviors. However, because addiction can causes changes to the brain that disrupt the normal chemical balance, sometimes medication is needed. A psychiatrist with an understanding of addiction will be able to recommend options for medication management.

Editorial Staff
Author
The editorial staff of American Addiction Centers is made up of credentialed clinical reviewers with hands-on experience in or expert knowledge of ad … Read More
Read Our Editorial Policy
Related Tags
synthetic
Are you covered for addiction treatment? Find your insurance.
Check My Insurance
Do you have insurance?
Don’t wait. Call us now.
Our admissions navigators are available to help 24/7 to discuss treatment.
Get addiction help now (24/7 helpline)We’re here for you every step of the way.