Mixing Steroids and Cocaine: What Are the Risks?

Steroids are substances that are naturally produced in the body or artificially manufactured.

There are two different types of naturally occurring steroids: anabolic and catabolic.

Anabolic steroids also have medicinal purposes and can assist individuals who have issues with tissue damage due to burn injuries, weight loss due to intestinal disorders or diseases like HIV. They can also help those who have lost muscle mass as a result of chemotherapy to build tissue and gain weight. These drugs can be taken in pill form or injected.Some of the commonly known anabolic steroids include:

The central nervous stimulant cocaine (benzoylmethylecgonine) is a well-known drug of abuse that is manufactured from the leaves of the coca plant. Cocaine does have some medicinal uses in the United States but is more familiar as a drug of abuse. It is abused in a number of different ways, such as via injection, snorting it (e.g., powder cocaine), and smoking it (e.g., crack cocaine). 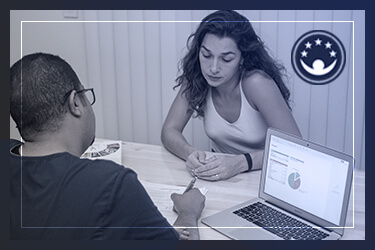 Both anabolic steroids and cocaine are drugs of abuse. Most anabolic steroids are classified by the United States Drug Enforcement Administration (DEA) as Schedule III controlled substances, whereas cocaine is classified as a Schedule II controlled substance. This classification indicates that steroids are considered to have more appropriate medicinal uses and less prone to abuse than cocaine; however, both drugs have a significant potential for abuse and for the development of physical or psychological dependence.

According to the Substance Abuse and Mental Health Services Administration (SAMHSA), it is estimated that in 2015 approximately 1.9 million people over the age of 12 were users of cocaine. The Centers for Disease Control and Prevention (CDC) reported that in 2015 approximately 3.5 percent of individuals in high school reported using anabolic steroids without having a prescription for them, which represents an estimate of about 500,000 individuals. The United States Justice Department estimates that a little over 1 million adults over the age of 18 use anabolic steroids without a prescription. Individuals who misuse or abuse anabolic steroids are likely to be male.

People abuse cocaine to experience the stimulant and psychoactive effects of the drug, whereas abuse of anabolic steroids is typically associated with individuals who engage in some form of an athletic endeavor, such as bodybuilding or other sports, who are trying to improve their performance and/or increase their muscle mass while reducing their body fat content.

Any individual who uses anabolic steroids should not use cocaine due to the potential interactions that can occur as a result of using these drugs in combination.

There appears to be little reliable data on the rates of co-occurring cocaine and anabolic steroid use and abuse. However, given that both drugs are abused by similar demographic groups, it can be assumed that the situation does occur to some extent. Information taken from a research article published in the British Journal of Pharmacology as well as the three-volume book set The Neuropathology of Drug Addictions and Substance Misuse indicates that interactions as a result of this combination can include:

Individuals who use anabolic steroids in an attempt to improve their athletic performance and gain muscle mass are actually decreasing their potential to achieve these desired effects when they use anabolic steroids in conjunction with cocaine. Most often, individuals mix different drugs to enhance their euphoric and other psychoactive effects. However, it does not appear to be a reasonable assumption that anabolic steroid use would increase the euphoria associated with cocaine use.
Since many of the psychoactive effects associated with steroid abuse are not normally considered to be desirable (e.g., aggressiveness, hostility, etc.) or the main reason individuals abuse these drugs, the repeated practice of mixing cocaine and anabolic steroids would be puzzling because the main reason that individuals mix drugs of abuse is to enhance the euphoric effects of one or both drugs. One would suspect that any person that frequently mixes these two substances has some other serious mental health disorder, such as a personality disorder, developmental disorder, psychotic disorder, neurocognitive disorder, or bipolar disorder.

In particular, the potential harmful effects associated with mixing these drugs could include:

Because a large number of people who use anabolic steroids are adolescents and still growing, it can result in issues with growth and development. Using the drug in combination with cocaine can exacerbate this issue.

While the expected symptoms that are associated with discontinuing either of these drugs are not normally considered to be potentially serious or fatal, when an individual uses these drugs in conjunction and later stops using one or both of them, it is difficult to predict how any withdrawal symptoms will present. Certainly, individuals who have pre-existing psychological problems or emotional issues may become very distraught and more vulnerable to accidents or poor judgment that could lead to potential suicidal behaviors. In addition, when individuals begin to experience withdrawal symptoms, they often become desperate to again use their drugs of choice in order to reduce their distress. This can lead to a number of issues with judgment, poor decision-making, and impulsive behaviors.

Numerous serious negative effects are associated with abuse of cocaine and anabolic steroids. Combining these drugs exacerbates the potential risks and damage that can occur as a result of using either drug singularly.

Editorial Staff
Author
The editorial staff of American Addiction Centers is made up of credentialed clinical reviewers with hands-on experience in or expert knowledge of ad … Read More
Read Our Editorial Policy
Related Tags
cocaine
Are you covered for addiction treatment? Find your insurance.
Check My Insurance
Do you have insurance?
Don’t wait. Call us now.
Our admissions navigators are available to help 24/7 to discuss treatment.
Get addiction help now (24/7 helpline)We’re here for you every step of the way.