Seasonal affective disorder, or SAD, is a form of depression that affects some people at about the same time each year, usually beginning in the late fall or early winter and dissipating in the spring or summer.1 SAD is associated with biochemical brain changes that occur with decreased sunlight and changes to a person’s internal clock (also known as their circadian rhythm).2

People sometimes minimize SAD, thinking it is just the normal feeling of being a little down in the winter when it’s cold and difficult to spend a lot of time enjoying the outside. However, SAD is more than that and can be so severe as to impair a person’s day-to-day functioning.2

Per the American Psychiatric Association, about 5% of adults in the U.S. suffer from seasonal affective disorder, and they usually experience symptoms roughly 40% of the year; however, SAD occurs less often in people who live in places with more hours of sunlight in the winter. Generally, the farther one lives from the equator, the more likely they are to develop SAD. According to one study, less than 2% of people surveyed in Florida experienced SAD, as opposed to almost 10% of those surveyed who lived in New Hampshire.3

Symptoms of major depression may include:1 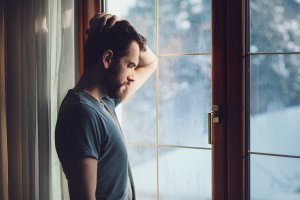 Individuals impacted by SAD episodes in the warmer months may be more prone to:1

In addition to living farther from the equator, other factors that can play a role in the likelihood that someone will develop seasonal affective disorder may include:1,2

Although the precise cause of seasonal affective disorder is unknown, there are three main factors that seem to be involved, all of which are or may be related to the changing nature of the environment due to seasonal cycles.1,5

The Relationship between SAD and Substance Abuse

When the dark days come, and the symptoms of SAD present themselves, some people may self-medicate with substances. A lack of energy may cause some to turn to stimulants. Others may seek to numb the pain of depression with drugs like opioids or alcohol. Research has shown that some individuals with alcoholism misuse alcohol seasonally, so they may be self-medicating SAD.7

Self-medicating with substances may lead to addiction. Additionally, the use of alcohol and drugs may worsen the symptoms of SAD,8 so while self-medicating may feel like it’s effective in the moment, it may worsen depressive symptoms overall and set the person on a path to a substance use disorder.

Per the Anxiety and Depression Association of America, about 20% of Americans with an anxiety or mood disorder, such as SAD, also struggle with a substance use disorder, and vice versa.9 According to the National Institute on Drug Abuse, approximately 50% of all people who struggle with a mental health disorder will also experience a substance use disorder at some point.10

Psychotherapy can be useful for both substance use disorders and seasonal affective disorder. For example, cognitive behavioral therapy (CBT) may be a core part of treatment for both disorders.1,10 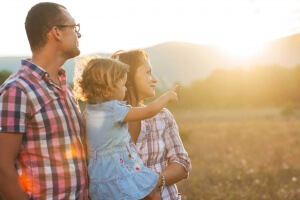 Since seasonal affective disorder is believed to be related to a reduction in exposure to sunlight, the first line of treatment is often increased exposure to light, or phototherapy. While many studies on the effects of phototherapy do not have a clinically rigorous design due to the challenges of creating a placebo, “multiple systematic reviews and meta-analyses evaluating the available data support the use of light therapy as an effective treatment for SAD,” according to American Family Physician.12

Phototherapy involves sitting, usually for at least 20 minutes a day, in front of a light therapy box that emits bright light but filters out the UV rays.2

In some countries that sit at more northern latitudes, communities are experimenting with novel approaches to light therapy. In Rjukan, Norway, the town has installed three large rotating mirrors on one of the two mountains that tower over Rjukan. The mirrors reflect the sunlight into the town square, where residents can gather in winter months to soak up the rays. In Umeå, Sweden, the school Dragonskolan has installed full spectrum lamps in several of the classrooms, bathing the students in light, with the goal of improving student attendance and performance.

Some companies have created small light sources using LED bulbs for at-home treatment. A study of the effectiveness of one such product for the treatment of SAD has shown promising results.13

Phototherapy is unlikely to be available in a substance abuse treatment program. However, many are located in sunnier climates, which could be beneficial for individuals with SAD, especially if they make a point to regularly spend some time outdoors. Additionally, the options listed below often are available at addiction treatment centers.

Cognitive behavioral therapy (CBT) is a form of therapy that helps an individual change harmful thoughts, beliefs, and behaviors into more accurate and functional ones, which can improve his or her mood. CBT can be a helpful treatment for depression, trauma-related disorders, anxiety, substance use disorders, and more.14,15 One study found that a type of CBT specifically for SAD had better effects on those who suffer from SAD the second winter after acute treatment than light therapy did.16

Selective serotonin reuptake inhibitors (SSRIs), a type of antidepressant, are sometimes prescribed for SAD.2 These drugs can increase the amount of available serotonin in the brain by preventing cells from reabsorbing serotonin.17

Ways to Support Treatment for SAD

While anyone who thinks they may have SAD should seek professional treatment, there are some things you can do to help relieve symptoms.8,12

It is common to feel a reduction in energy and change in mood during the winter months, but if your mood is affecting your ability to take pleasure in life, or you feel like you don’t have the energy to get through your day, or if you are suffering or struggling in other ways, talk to a medical professional about seasonal affective disorder. If you are misusing drugs or alcohol to alleviate your symptoms and you can’t stop, don’t wait to get help. Treatment programs exist that treat comorbid substance use and mood disorders.

Sophie Stein, MSN
Medical Reviewer
Sophie Stein, MSN, received her master's of science in nursing from Vanderbilt University and has previously worked as an advanced practice registere … Read More
Read Our Editorial Policy
Related Topics
Related Tags
co-occurring disorders
Depression
Are you covered for addiction treatment? Find your insurance.
Check My Insurance
Do you have insurance?
Don’t wait. Call us now.
Our admissions navigators are available to help 24/7 to discuss treatment.
Get addiction help now (24/7 helpline)We’re here for you every step of the way.