The Functioning Alcoholic/Addict: How to Help and What to Look For

Society has many stereotypes about people struggling with alcohol use disorder, commonly referred to as alcoholics. They are sloppy; they stumble or slur their words; they mess up at work or flunk out of school; their relationships are terrible; or they have had multiple DUIs. However, most people who struggle with problem drinking don’t fit these descriptions, or they do not always experience these problems. With around 30 percent of the US adult population estimated to have a problem with alcohol, per CBS News, there are many who are able to manage their lives despite problem drinking.

The High-Functioning Alcoholic in Society

Despite the outward appearance of having everything together, they have problems with drinking. Because they succeed in society, high-functioning alcoholics are often very deeply in denial that they have a problem. It is not until their health begins to suffer, they experience major life issues (such as issues at work or damaged relationships), or they reach an emotional tipping point that they realize how bad their situation has become.

The US Has a Problem with Alcohol

The Centers for Disease Control and Prevention (CDC) monitors alcohol consumption and related health issues in the US. Moderate alcohol consumption is defined as one drink per day for women or two drinks per day for men. In general, it is recommended that adults ages 21 and older do not consume more than seven alcoholic beverages per week.Binge drinking, which can lead to alcohol poisoning and other acute health problems, is defined as four servings of alcohol in one session for women and five for men. The liver processes about one serving of alcohol per hour, so drinking more than one drink per hour means the body begins to feel intoxicated. Heavy drinking, which can lead to both acute and chronic health problems, is eight or more drinks per week for women and 15 or more drinks per week for men.

Again, the top 30 percent of drinkers in the US – 32 million people, or about one in seven adults – is believed to have an alcohol use disorder. Problem drinking or heavy drinking may not lead to alcohol poisoning or even a hangover for those with a high tolerance for alcohol, but it does put these people at risk of numerous chronic and life-threatening health issues.

Alcohol consumption in this country has hit a 35-year high. In 2014, there were almost 10 deaths per 100,000 people due to alcohol consumption in some way. That was a 37 percent increase since 2002. Causes of alcohol-related deaths ranged from alcohol poisoning to cirrhosis. If the total number included deaths from chronic conditions indirectly related to alcohol – such as cancer, organ failure, or diabetes – the number would reach 90,000 deaths per year, according to the CDC. Either directly or indirectly, many of these chronic health issues are the result of long-term, heavy drinking among people who are in denial that they have a problem; they are often functional alcoholics.

A 2007 report from the National Institutes of Health reported that 20 percent of alcoholics had a good education, held stable jobs, and had a normal family life.

Signs That a Loved One Is a High-Functioning Alcoholic

People who are high-functioning alcoholics do not fit stereotypes about alcohol use disorder, so their loved ones may fail to see a problem. Since they fulfill career and social obligations, whether they are intoxicated at the time or they drink too much later, they are still perceived to be “normal.” In fact, friends may jokingly approve of their high tolerance for alcohol during social situations.

Is There a Tipping Point?

The media dramatically portrays a “eureka” moment for characters in narratives who struggle with alcohol or drug addiction. This moment often comes after the person has binged and blacked out, perhaps even woken up in the hospital, and realizes the extent of their problem. This narrative structure exists to show a “rock bottom” moment, often without any lasting consequences to the character, that prompts them to make a change. Some people who struggle with alcohol use disorder do hit rock bottom; they lose their jobs, their relationships, or their health. They may wake up in the hospital after suffering from serious alcohol poisoning. A person who is a high-functioning alcoholic may not have this moment, but they may still realize that they have a serious problem with drinking too much.

Those who fit the definition of high-functioning alcoholic may not miss work, school, family events, or social events that often, but they may skip these responsibilities a few times because of a hangover or because they would rather drink alone. They may also begin to display other symptoms that fit the criteria for alcohol use disorder, including:

How to Help the High-Functioning Alcoholic 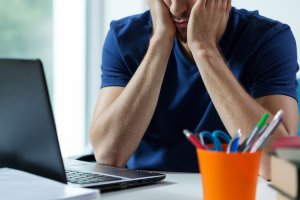 Because people who are functional alcoholics are often in denial about their problem or may attempt to hide their problem from others, it is important for loved ones to be vigilant. The person may need an intervention, even an informal one, to fully understand that their health and livelihood is at risk because of their drinking. People who struggle with alcohol use disorder, like other addictions, may hesitate to get help because they fear judgment.

It can help to get a doctor involved, either prior to an intervention or after the event if the person didn’t agree to get treatment. Chronic issues from heavy drinking may be beginning for the person, and issues can be measured with a CT scan, blood tests for B12 (thiamine) levels, or tests for abnormal liver functioning. With scientific evidence, the person may realize that they need medical help. The doctor may speak with the person about how excessive alcohol consumption causes these issues and how quitting can reverse or lessen the problem.

Additionally, setting clear boundaries with the person may help send a message that they have a drinking problem. A romantic partner, for example, may refuse to spend time with the individual if they have been drinking or may end the relationship until the person gets help.

It’s important that the person enroll in a comprehensive addiction treatment program that includes medical detox. Once dependence has formed, quitting alcohol cold turkey is not safe. People who are very dependent on alcohol may suffer life-threatening withdrawal symptoms like:

An intervention gives friends and family members a platform to express their concern for their loved one’s drinking; however, it is important to avoid focusing on the pain the person has caused their social circle and instead focus on the fact that they can overcome the problem. A good way to start finding resources is to use the Substance Abuse and Mental Health Service Administration’s (SAMHSA’s) treatment locator or an interventionist via the Association of Intervention Specialists.

Even though high-functioning alcoholics may appear to have it together, their alcohol abuse will catch up with them over time. Early intervention is the best way to ensure that long-term effects of alcoholism don’t take hold.