It’s not always clear as to why some individuals can drink a glass of wine and not be severely impacted, whereas another individual has even one alcoholic beverage that inevitably leads to the next one in one sitting, and then the next one, and so forth. Alcohol use disorder, or alcoholism, is a disease, and those struggling with it need the proper treatment in order to reach long-term sobriety. 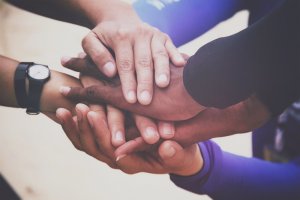 Army Captain who has been sober for two years now after a battle with alcoholism. With a genuine heart to help people, he has amassed over one million followers on Tik Tok while still serving honorably in our nation’s military.

And while his success is impressive, it’s his heart and kind spirit that pulls people in like the hand of a good friend or a loving parent willing to listen. So as much as he’s sharing his story on social media and within this interview, Ryan’s listeners seem to feel acknowledged and heard. And that’s what most of us want—whether we struggled with alcohol use disorder or not.

Be sure to listen to Ryan Griffis in this episode entitled: “A Soldier’s Battle: Finding Freedom in Sobriety.” In this interview, Ryan speaks from the heart, discussing his own story and humbly sharing the response he’s receiving from people around the world.

Sharing his Sobriety with the World

Within a year of making the decision to go on Tik Tok to share his struggles with alcohol misuse, Ryan went from no followers at all to over a million. And it’s not the numbers that excite him as much as it is the opportunity he has to positively impact another life through his own words.

Captain Griffis shares his memories of when he first started sharing his story.

“I never had any intentions of those videos ever going viral. If I’m being honest. In the beginning, I really didn’t feel like I had anybody to talk to without [the videos]. So, at that given moment, the advice that I was saying was just honestly to help me. It was something that I needed to hear. I was making them. I was listening to them back-to-back. And then I was posting them. I had no idea it was going to go as far as it did. But I’m humbled it did.”

The impact that Ryan has made on so many people’s lives even caused him to get the attention of a publication. Although he’s a current resident of Colorado, Ryan was raised in Kentucky. And it was in this southern state that he made the news on The McCreary Counties Hometown Newspaper, “The Voice.” A billboard even went up in Whitley City, promoting Ryan and his social media accomplishments.

The Substance Abuse and Mental Health Services Administration’s (SAMHSA) 2020 NSDUH survey reports that 50% of individuals 12 years of age or older have used alcohol in the past month in 2020. That’s 138.5 million people. It’s not just “someone else’s problem.” It’s a problem that may impact a mother, a father, a brother, a sister, a friend, or a partner.

To learn more about Ryan Griffis, his sobriety and his impact, please watch this episode of Addiction Talk. And if you find yourself battling with alcohol use disorder, please reach out for the help that you need today.

Nitara Osbourne
Author
Nitara Osbourne, M.Ed., is an award-winning writer and Content Specialist at American Addiction Centers.
Read Our Editorial Policy
Recent Posts
Related Tags
alcohol misuse
alcohol use disorder
alcoholism
Don’t wait. Call us now.
Our admissions navigators are available to help 24/7 to discuss treatment.
Why call us?
Prefer texting to talking on the phone? We’ve got you covered 24/7.
Instead, sign up for text support to receive: