Music enhances the lives of so many of us. Stevie Wonder captures that essence in “Sir Duke.” “Music is a world within itself/With a language we all understand/With an equal opportunity/For all to sing, dance and clap their hands.” The Hamilton Brothers agree in “Music Makes the World Go Round.” “Music makes my world go round/And music gets me high and keeps me on the ground.” Music offers hope, solace, joy and, as the Hamilton Brothers note, a natural high. For those in recovery for substance abuse, the following tunes may offer familiar themes. Listen, emote, take it all in and, as Stevie suggests, “feel it all over.” 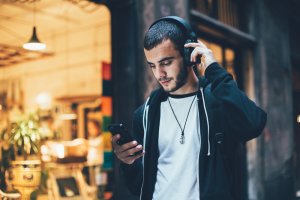 Joe Walsh has firsthand experience with substance abuse from the depths of addiction to alcohol and cocaine. This song chronicles his journey, based on the pivotal moment he acknowledged his problem and then resolved to turn his life around. Now long in recovery, he offers this song as a model for others. In making that first contact for support, he notes: “It feels like the phone weighs 80 pounds when you pick it up, but you gotta pick it up and ask for help.”

There are battles of all kinds we wage at one time or another. Perhaps it’s against an emotional or physical condition, such as substance abuse or, in keeping with the times, COVID-19. Then again, it could be after a career setback or relationship breakup. This rousing song helps to conquer adversity and rise above it. “This is my fight song/Take back my life song/Prove I’m alright song/My power’s turned on/Starting right now I’ll be strong/I’ll play my fight song.”

3. The More I Drink – Blake Shelton

This country tune tells the story of a man sitting at a bar drinking a Coke. Others there start making fun of him. He explains that, once he starts consuming alcohol, he can’t stop. That’s exactly what happened because “Well, if I have one/I’ll have thirteen/ Naw, there ain’t no in-between/ ‘Cause the more I drink, the more I drink.” This song underscores the delicate balance in the quest for sobriety, which includes resisting temptation and the jibes of others.

A former Disney star, Demi Lovato has infused her music with tales of her struggles with addiction, depression and eating disorders. “Sober” recounts a time she lost ground. “Momma, I’m so sorry/I’m not sober anymore/And daddy, please forgive me for the drinks spilled on the floor/To the ones who never left me, we’ve been down this road before/I’m so sorry, I’m not sober anymore.” But it ends with resolve and revelation. “I’m sorry that I’m here again/I promise I’ll get help/It wasn’t my intention/I’m sorry to myself.”

This beautiful melody and poignant lyrics speak to those addicted to substances, who tend to hide who they are and what they do under an alias. Many references may strike a chord with people who have lived such a double life. This song serves as a moving inspiration to come clean and stop living the lie. “John Doe, I just want the John I know/Once you put the drinks on hold/Maybe you could come back home/John Doe.” For those in recovery, “John Doe” supports staying strong.

6. Dog Days Are Over – Florence + The Machine

This English indie rock band’s lead singer Florence Welch makes no secret about her battle with addiction. As she approached the age of 30, she strived to break her cycle of heavy alcohol and drug use. Today, she speaks freely about life in recovery. Is “Dog Days Are Over” dedicated to that journey? That’s only one of the interpretations. But the many references in the song paint a picture of the experiences of users. And the rhythmic upbeat tempo provides a peek into what life may be when the “dog days are over.”

Who is the person in the title of this song? “My drug dealer was a doctor, doctor/Had the plug from Big Pharma, Pharma/I think he trying to kill me, kill me/He tried to kill me for a dollar, dollar.” This piece pays tribute to those in the music and arts industries who lost their lives to drugs, such as “Prince, Michael and Whitney/Amy, Ledger.” It’s a powerful plea for the “Courage to change the things I can/And the wisdom to know the difference.”

A time of intense strife, early recovery from substance abuse can be a brutal start to a beautiful new life. James Arthur knows this bumpy path all too well. The British singer and songwriter devotes this song to this process, to darkness leading to light, played out in his artful black and white music video. It’s an ode to those who grapple with the challenges of recovery. “In my recovery/I’m a soldier at war/I have broken down walls/I defined, I designed/My recovery.” It projects realism and hope. 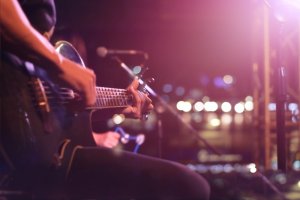 Do you want to get empowered? Feel as though you can conquer anything? Listen to this tune. Then try not to let that message get through to you. Impossible! Many have speculated about the meaning of this song. Is it about, for example, bullying or coming out? Interpretations vary, but they all have a common theme — overcoming an affliction or difficulty. To everyone in such a situation, Sara Bareilles conveys that sentiment and her wish: “Honestly, I want to see you be brave.”

The first single from this Belgian rock band’s debut album broaches a core issue for users. They deny they have a problem or, at best, vacillate. “It’s not a habit, it’s cool, I feel alive/If you don’t have it, you’re on the other side/I’m not an addict, maybe that’s a lie.” Those in recovery likely can relate to this challenge among their many struggles. It’s a testament to their ongoing odyssey and to how far they have come from when they mulled “I’m not an addict.”

When users binge on alcohol at home, they may think they are doing so in private. But, as Keith Urban explains, drawing from his own history of alcoholism, “nobody drinks alone.” The lyrics weave the telling story. “And there’s no one there to judge you/At least that’s what you tell yourself.” However, that’s not quite true. “Nobody drinks alone/Every demon, every ghost, from your past/And every memory you’ve held back/Follows you home/Nobody drinks alone.” This ballad serves to shed those memories and reinforce the path to a substance-free life.

Members of this band have had brushes with addiction, both firsthand and through friends. This song describes the plight of users who have reached their limits. Fortunately, for them, they have acknowledged their situation and the need to seek sobriety. How did they sink into the depths of addiction? “I don’t know how I got this way/I’ll never be alright.” But, devoid of options, they muster the will to change. “So I’m breaking the habit/I’m breaking the habit tonight.”

These bonus songs have no direct link to addiction but they’re upbeat and fun. They may elicit a smile or even a fist pump. Gloria Gaynor sang her soul out in the disco era mega hit “I Will Survive.” It’s become an anthem for many causes as well as for none at all. Elton John’s “I’m Still Standing” is similar in temperament and tempo. “Don’t you know that I’m still standing better than I ever did/Looking like a true survivor/Feeling like a little kid/I’m still standing after all this time/Picking up the pieces of my life without you in mind/I’m still standing (Yeah, yeah, yeah)….”

Sherry M. Adler
Author
Sherry M. Adler is a freelance writer based in the Greater New York City area, dedicated to using the power of words to inform and energize people.
Read Our Editorial Policy
Recent Posts
Related Tags
addiction
music
recovery
Don’t wait. Call us now.
Our admissions navigators are available to help 24/7 to discuss treatment.
Prefer texting to talking on the phone? We’ve got you covered 24/7.
Instead, sign up for text support to receive: