Something dramatic took place recently. Awareness of the correlation and risks between drinking alcohol and getting cancer existed, but it has reached a heightened state. In October 2020, seven leading cancer- and alcohol-oriented organizations joined forces. They took action. As one bloc, they submitted a petition to the federal government. It went directly to the Alcohol and Tobacco Tax and Trade Bureau (TTB). Their request: recommend that Congress update and enhance the wording on the labels of bottles. These organizations believe the label should read as follows:

WARNING: According to the Surgeon General, consumption of alcoholic beverages can cause cancer, including breast and colon cancers. 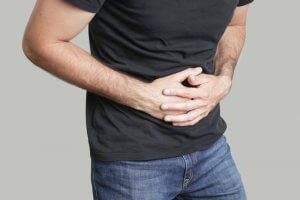 Strong language? Indeed, but it rests on data from studies, specifics and confirmation. It led to consensus within the scientific community that “alcohol drinking can cause certain types of cancer.”

Concerns about alcohol and cancer are on the rise in medical circles. According to recent research, an even tighter relationship is at play between the two. An example comes from the highest authority in the nation. It’s entitled “Facing Addiction in America: The Surgeon General’s Report on Alcohol, Drugs, and Health.” This report notes that as little as “one drink per day may increase the risk of breast cancer.” Are most consumers cognizant of this? No, there’s a deep discrepancy between available information and public knowledge.

Here is a sampling of proof points:

These and other facts compelled these prestigious groups to file this “citizens petition.” They came to the conclusion in unison on the course to follow. Step up the approach. Apprise the public more pointedly about the dangers lurking in drinking alcohol and contracting cancer. Rally the federal government to help in this effort.

Alcohol and Cancer — But Why Now?

The peril of alcohol as a potential trigger in the development of cancer is not new stuff. It’s been documented for more than 30 years. The New York Times noted in March 2021 that the World Health Organization (WHO) identified alcohol as a cancer-causing agent in 1987. Soon after, liquor bottles started carrying warnings. Look at a liquor bottle now. It lists several caveats.  Again, they all flow from science. Alcoholic beverages contain ethanol, which can damage DNA. Ethanol produces acetaldehyde in the body, a carcinogen that prevents the cells from repairing the harm. What’s more, acetaldehyde elevates estrogen levels, which may cause breast cancer.

Fast forwarding to the present, something major occurred. That same article in The New York Times – “Should Your Cocktail Carry a Cancer Warning?” – outlined it. The “it” refers to a pivotal study that zooms in on the role of alcohol in causing cancer. The findings: it attributes 75,000 new cases of cancer in the U.S. to drinking as well as 19,000 deaths from the disease. In all, “alcohol accounted for more than one in eight cases of breast cancer in women and one in 10 cases of colorectal and liver cancers nationwide.” Stunning.

It’s disturbing to medical professionals and to others alike. The senior author of the study said: “The cancer burden is considerable.” And added: “It’s a substantial number of cancer cases and cancer deaths that could be prevented.”

Apart from amending the label on bottles of alcohol, what does the petition ask TTB to do? The filers press TTB to report to Congress about the recent scientific findings that tie alcohol consumption to cancer. More… they suggest “rotating health disclosures, as opposed to a single static warning” for the public. In this way, consumers would be more likely to take note of this potential threat. 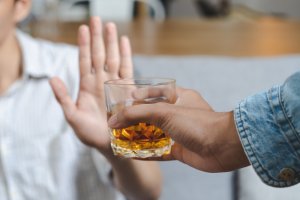 In the meantime, the Centers for Disease Control and Prevention (CDC) is posting an Alcohol and Cancer page. A single sentence in boldface type is at the top: “The less alcohol you drink, the lower your risks for cancer.” The content explains: “All types of alcoholic drinks, including red and white wine, beer, cocktails, and liquor, are linked with cancer.” The agency is sponsoring the National Comprehensive Cancer Control Program. It also is partnering with health organizations, plans and providers to boost alcohol screening and brief intervention efforts.

The referenced piece in The New York Times ended with useful takeaways. An executive at the American Institute for Cancer Research offered several ideas. He recommended refraining from drinking on a daily basis. He also suggested that those who imbibe take measures to lower their cancer risk via diet and exercise. “We’re not expecting everyone to become teetotalers,” the executive said, “But it you’re going to drink, then one is better than two, and not every day, because those are the behaviors that across all of these cancers increase your risk.”

Sherry M. Adler
Author
Sherry M. Adler is a freelance writer based in the Greater New York City area, dedicated to using the power of words to inform and energize people.
Read Our Editorial Policy
Recent Posts
Related Tags
alcohol
alcohol abuse
cancer
Don’t wait. Call us now.
Our admissions navigators are available to help 24/7 to discuss treatment.
Prefer texting to talking on the phone? We’ve got you covered 24/7.
Instead, sign up for text support to receive: