As part of a recent episode of Addiction Talk, AAC’s Joy Sutton had the opportunity to sit down with Ben Higgins and discuss his experiences with addiction. A television personality most known for his role on The Bachelor, Higgins struggled for years in secret with an addiction to prescription painkillers. Following the release of his new book, Alone in Plain Sight, Higgins went on Addiction Talk to discuss his experiences with addiction, overdose, and his road to sobriety. 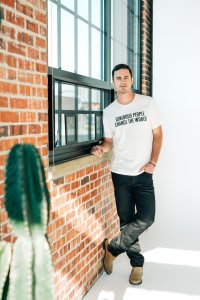 Ben Higgins is perhaps most well-known for his appearances on ABC’s reality television shows The Bachelor and The Bachelorette. What viewers may not know about Higgins is that he struggled in secret with addiction for a great deal of his young life.

Higgins’s battle with addiction started with a knee injury. It was during a high school football match that a “guy hit my knee, blew my knee apart.” The injury was both physical and mental for Higgins, triggering an identity crisis. “It hit me at that moment that I was never going to be at play sports the same way again,” Higgins said, recalling the pain when receiving first aid for the injury. Higgins was placed on painkillers after his knee surgery, and soon found himself using the pills to cope with more than just pain.

“I was already struggling with this lack of identity – that my identity was taken away,” Higgins said, ” And when I took the medication, I remember it being a numbing moment for me…like at peace…”

Higgins saw his early addiction to painkillers spiral as he grew older. Though he hid his addiction from his family and friends, Higgins eventually reached a moment of realization. “I took pills from my grandfather,” Higgins said, “I remember doing it and, and, and walking out, and I just remember this feeling of like, ‘Whoa, who are you?'” This moment let to a series of self-reflections. After lying in bed for a day, Higgins realized he needed help. “I went into the bathroom and I looked at myself in the eyes,” Higgins recalled, “And this fire inside of me said, ‘Ben, you’re not the man you ever dreamed you could be.’ That moment is when I officially decided I needed to get help.”

After a long journey, Higgins found himself living in recovery. He recently released a book detailing his experience with addiction and how he hid it in plain sight for so many years. While much of the feedback was positive, Higgins was surprised by some less-encouraging reactions to his story. “Some press released the story about it (the book) and all the comments underneath that were terrible,” Higgins said, recalling how the comments said things like, “wasn’t everybody addicted in high school?” and “Oh, cool, Ben Higgins talking about his high school experience, trying to stay relevant.” 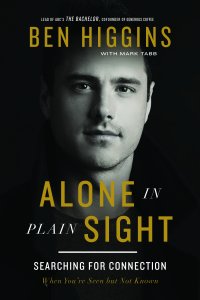 “What they don’t realize…is that this wasn’t just my high school experience,” Higgins said, “This still is a thing that I work through today.”

Despite the negative responses, Ben Higgins has found hope in the positive comments. Higgins remains moved by the outpouring of positive comments, many sharing their own stories of addiction. “We’re in this together,” Higgins said, “Maybe the coolest comment is just the people that say, ‘Hey, you just made me feel less alone’.”

If you’re struggling with addiction, it’s important to remember that you’re not alone. There is help out there. American Addiction Centers stand ready to answer your call and help you start your path to recovery.

To read more about Ben Higgins’s struggles with addiction, you can read his new book, Alone in Plain Sight: Searching for Connection When You’re Seen but Not Known.

All quotes were taken from Addiction Talk Episode 3. To watch the full interview, click here.

Timothy Esteves
Author
Timothy Esteves is the Community Content Editor at American Addiction Centers.
Read Our Editorial Policy
Recent Posts
Related Tags
addiction
celebrity
prescription
Don’t wait. Call us now.
Our admissions navigators are available to help 24/7 to discuss treatment.
Prefer texting to talking on the phone? We’ve got you covered 24/7.
Instead, sign up for text support to receive: