Success tends to be inaccurately equated with perfection. The truth is it comes only after walking a path riddled with countless obstacles and failures by a flawed individual known as the human being. And it doesn’t matter which endeavor one chooses to pursue—engineering, medicine, or professional sports—we all travel along a path and none of us are perfect on the journey. And if an individual is struggling with substance misuse and a co-occurring disorder such as depression, the challenges with career success may be overwhelming.

In one of the most inspiring and captivating conversations, Greg spoke candidly about his struggles with substance misuse, depression, and having no regrets for the experiences that he went through. Very few share those sentiments.

So, be sure to watch this Addiction Talk episode entitled: Diving into Sobriety: an Olympian Gets Deep.

And if you’re battling a substance use disorder, resources are available. AAC is a nationwide leader in addiction treatment providing treatment care in a compassionate environment with licensed medical professionals. Please reach out to get the help that you need.

Greg Louganis turned to drugs and alcohol because he was bullied. He felt ostracized for a number of reasons from a young age. 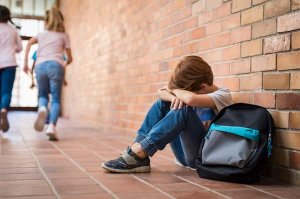 Having darker skin from his Samoan heritage. His struggle with dyslexia. Being adopted. And for simply enjoying dance, gymnastics, and for the very talent and skill that would make him a future Olympic champion, diving itself.

Furthermore, while on the U.S. national team, Greg was bullied for being gay. He battled depression, drugs, and alcohol along his journey.

“I’ve suffered from chronic depression ever since I was a young kid. I was also diagnosed with Osgood-Schlatter disease, which was common for very active children,” said the Olympic diver.

The disease usually causes anterior knee pain in growing adolescents who are athletic or very active. Greg’s doctor informed him that he needed to quit “acrobatics, dance, and gymnastics” due to this disease, but what he could continue to do was… dive.

“So, all that energy that was going out to all of these different disciplines was now focused into one. A year later at age 13, I was world champion for my age group. Three years later, I made my first Olympic team,” said the multiple national titles holder.

And prior to the 1976 Olympics, Louganis started diving with (i.e., getting coached by) Dr. Sammy Lee, who had won two gold medals in diving men’s platform.

“So, when I started diving with Dr. Lee, my sole purpose on this earth was to defeat Klaus to prevent him from breaking my coach’s record.” Klaus Dibiasi from Italy was going for his third Olympic gold medal. “I took that on as a 16-year-old kid. I went to my first Olympics in Montreal in ’76 to win. So, when I took second, I felt like a failure.”

And after winning  that silver medal in the 1976 Olympics, Greg took pills in an effort to take his own life. In that moment he felt he disappointed his family, his coach, and his country.

To learn more about Olympic Champion Greg Louganis and to immerse yourself into his inspirational journey towards sobriety, please watch this episode of Addiction Talk. And if you find yourself battling with alcohol misuse, please reach out for the help that you need today.

Nitara Osbourne
Author
Nitara Osbourne, M.Ed., is an award-winning writer and Content Specialist at American Addiction Centers.
Read Our Editorial Policy
Recent Posts
Related Tags
Depression
sobriety
substance use disorder
Don’t wait. Call us now.
Our admissions navigators are available to help 24/7 to discuss treatment.
Prefer texting to talking on the phone? We’ve got you covered 24/7.
Instead, sign up for text support to receive: