Grandparents Are the New Parents: Opioid and Pandemic Perils

Opioid addiction knows no bounds. People of all ages, walks of life and occupations may struggle with substance abuse. Many of them are parents of school-age children and, for various reasons, can’t take care of their offspring in a responsible, healthful way. Some may have lost rights to or abandoned them. Others may be away at treatment or simply away. And then there are those who have overdosed and passed away.

The question is: who tends to the children?

Grandparents, that’s who in many cases.

A familiar scene taking place across the country is grandparents stepping up and stepping in to raise the children of opioid addicts. As they near or are at retirement age, older people now are caregivers for their children’s children. This is not a casual, once-in-a-while “I’ll watch Bobby” state of affairs. These middle-agers and seniors are full-time primary caregivers. 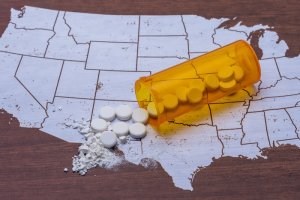 How many grandparents are in this role? The number is not trivial – it’s a million plus. The most up-to-date statistics flow from information reported several years back. One comes from a segment on “Opioid Epidemic Leaving Grandparents to Raise Grandchildren,” which aired on 60 Minutes in May 2018. According to it: “More than one million American children now live with grandparents, primarily because of their parent’s addiction to opioids and other drugs: heroin, crack, meth and alcohol. Grandparents are putting off retirement and plowing through savings to rescue their grandchildren from dangerous situations.” Another source around that time confirms this level. “As of August of 2018, there were more than one million grandchildren being raised by grandparents primarily due to the opioid epidemic in this country.”

Data state by state shows how the numbers roll up nationwide. Here’s a peek. In Connecticut, about 19,000 grandparents serve as primary caregivers to their grandchildren because of substance use. That’s at the low end. Looked at through the other lens, in Pennsylvania, 103,000 children are being raised by grandparents and other relatives.

All in the Family

This trend is so prevalent that the units formed have a name of their own. The term coined for them is “grandfamilies.” The Hazelden Betty Ford Foundation defines this arrangement in detail. “A grandfamily is a family unit in which a grandparent (or sometimes two grandparents) is the head of household and is also actively parenting one or more grandchildren. It’s a form of kinship care, in which a relative of a child takes over the parenting responsibilities.”

This citation goes on. “Sometimes aunts, uncles, cousins, or other relatives assume this role, but by and large grandparents are the individuals most likely to parent children born to someone else in the family.” It winds up by noting that grandfamilies “are increasingly common.”

There are more signs that point to how widespread this development is within society. A group dedicated to members of this cohort goes by the name of Grandfamilies.org. West Virginia State University conducts a course on “Parenting in the 21st Century.” This and other offerings are part of the school’s Healthy Grandfamilies program. And a huge sponsor, the U.S. Department of Agriculture, funds this initiative.

More… Now in its fifth year of operation, Grandsavers are Lifesavers meets two times per month in Lawrenceville, Pennsylvania. The group, which formed initially as a talk-based support network, now offers a range of activities for all members of these households.

And Now the Pandemic

As if life wasn’t hard enough for these extended multi-generation households, COVID arrived on the scene. Challenges abound, notably for those on the upper end. An article frames this predicament right at the outset through its title: “During COVID-19, a Catch-22 for Grandfamilies.” The pandemic doomed many in the workforce, including these older caregivers, who may have lost their job. Others may be essential workers, exposed to risks that may endanger themselves and their youngsters. At a time when more vulnerable people should restrict their activities, these caregivers can’t – they must go full steam ahead. What’s more, their young charges may suffer the effects of starting life with an addicted parent. They may have special needs and emotional remnants that require professional intervention. Everything falls on these already tapped out grandparents to find and get support at this difficult time. 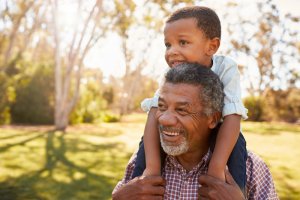 How do these caregivers manage all of this now? Two words – that’s how the moderator of an AARP Family Caregivers Discussion Group on Facebook describes the dynamics. “Grandfamilies are the silent heroes. When people are thinking about older adults who are at higher risk, they’re not realizing that these folks have two layers of complications and caring,”

Much needed support may come from friends, neighbors, the community and other family members. Resources from Generations United and others also may help. Examples are “COVID-19 Fact Sheet for Grandfamilies and Multigenerational Families” and “Facing a Pandemic: Grandfamilies Living Together During COVID-19 and Thriving Beyond.”

The pandemic aside, do grandparents, many of them enduring hardships of their own, think about saying no to taking in their grandchildren? As a rule, that’s not the case. As one chronicled in the 60 Minutes episode referenced above explained.” But we can’t not do it. They are our grandkids. They’re our family.”

Sherry M. Adler
Author
Sherry M. Adler is a freelance writer based in the Greater New York City area, dedicated to using the power of words to inform and energize people.
Read Our Editorial Policy
Recent Posts
Related Tags
opioid crisis
opioid use disorder
overdose
Don’t wait. Call us now.
Our admissions navigators are available to help 24/7 to discuss treatment.
Prefer texting to talking on the phone? We’ve got you covered 24/7.
Instead, sign up for text support to receive: