All in the Family? Is Addiction Genetic or Environmental?

A slice of life about seven parolees, all addicts, filled the pages of The Second Chance Club, a new book about the criminal justice system. These individuals shared the same legal status, penchant for using and parole officer. There was another common thread. Their parents – or, most often, the one and only parent on the scene – had abused substances. Is this a coincidence? Is this second generation affliction related to genetics? Or does it emanate from the environment? Those are the questions. 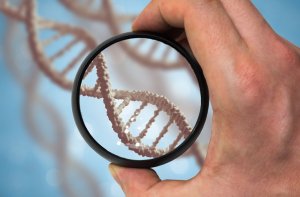 This line of inquiry is of interest to many. Take the National Institute on Drug Abuse (NIDA). Its post on “Genetics and Epigenetics of Addiction DrugFacts” notes that family studies “suggest that as much as half of a person’s risk of becoming addicted to nicotine, alcohol, or other drugs depends on his or her genetic makeup.” It adds something else – environment. Then it considers the two as the basis for some medical conditions. As case in point, it reports “research shows that a person’s health is the result of dynamic interactions between genes and the environment.” Thus, “both genetics and lifestyle factors” determine high blood pressure risk. What about substance abuse? NIDA’s work “has led to discoveries about how a person’s surroundings affect drug use.”

What do you get when you combine the two areas under discussion — genetics + environment? “Epigenetics.” NIDA uses identical twins to explain this term and its potential effect on substance abuse. When these two enter the world, they do so with the same genetic makeup. Over time, they come into contact with different elements in their environment; these inputs enter into their separate decision making processes. They also mark their DNA “with information that can affect their behavior, their risk of addiction, and even their response to treatment.” The twins start alike (via genetics) but develop in their own way (via environment). What’s more, some changes may be transmitted to future generations. Examples such of this trace how both heredity and other influences are at the root of addiction.

The Role of the Family in Addiction

MentalHelp.net poses the question: “Does Addiction Run in the Family? Genes and the Home Environment?” This piece starts by referencing the widely held view in literature on substance abuse that addiction flows through families. “Individuals who grew up with parents who struggled with addiction are more likely to also have problems with addiction themselves later on in life.” In fact, it underscores this connection by framing these disorders as “quite heritable.” That is, they may be passed from one generation to the next via genes.

But there’s more to this than the DNA transit system. The role of the environment accounts for occurrences within families as well. “While genetic influences may be at play, factors associated with growing up in a home with an addicted parent, exposure to the addictive substance and other addictive behaviors, and shared familial beliefs about the substance and addiction will also shape the child’s inclination towards substance abuse.” In short, living with an addicted parent or parents predisposes a child to going the same route.

These situations are breeding grounds for second generation addiction. They typically lack structure and are marked by high levels of stress and explosive episodes. This mix creates anxiety, trauma and often triggers child abuse. Children tend to develop the psychological profile of a user. They exhibit learned behavior from their parent(s). 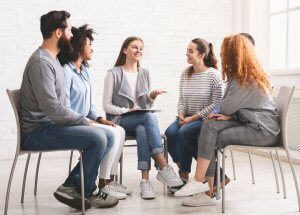 The Main Takeaway and Addiction Treatment

“Genetics and Addiction: Is Alcoholism Hereditary or Genetic?” That’s the title of a post by American Addiction Centers that brings this topic together. It confirms the dual role of genes and environment in second generation addiction. It also touches on other external influences. All of these form a “complex relationship” that enhances risk. “When people are exposed to large amounts of an addictive substance over an extended period of time, it is likely that this substance abuse will rewire the user’s brain to crave the substance. Even without a genetic component present, a person can still inherit a predisposition to alcohol use disorder due to the culture they grow up in.”

If you or a loved one is struggling with substance use, know that you are not alone. Professional treatment can put you on the path to recovery. American Addiction Centers can help. Learn more here.

Sherry M. Adler
Author
Sherry M. Adler is a freelance writer based in the Greater New York City area, dedicated to using the power of words to inform and energize people.
Read Our Editorial Policy
Recent Posts
Related Tags
addiction
family and loved ones
treatment
Don’t wait. Call us now.
Our admissions navigators are available to help 24/7 to discuss treatment.
Prefer texting to talking on the phone? We’ve got you covered 24/7.
Instead, sign up for text support to receive: