Oregon Votes to Decriminalize All Drugs and Expand Addiction Treatment

While all eyes were on the presidential election in 2020, voters in Oregon got to make a different kind of choice with their ballots: they voted to become the first state in the U.S. to decriminalize all drugs. Additionally, they voted to expand access to addiction treatment.

Oregon’s Measure 110 passed by a wide margin with 58.5 percent in favor and 41.5 opposed. The measure removes criminal penalties for individuals caught in possession of small amounts of illicit substances, including cocaine and heroin. Instead, those caught will have the choice between “paying a $100 fine or getting a ‘completed health assessment’ at an addiction recovery center, according to Vox’s German Lopez. 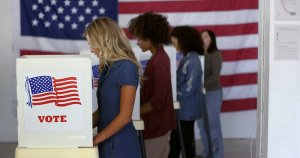 However, the sale of these drugs will remain illegal, as will the possession of large amounts of drugs.

From Criminal Justice To Addiction Treatment

Historically, the U.S. has treated drug use as a criminal justice problem. The prevailing solutions to the crack epidemic, for example, all involved stricter laws cracking down on both dealers and on users alike, even if they were struggling with substance use disorder (SUD).

For all the downsides of the opiate epidemic, one encouraging trend is that more and more people are treating addiction like a public health issue rather than a crime issue. States throughout the country have all taken measures to stop treating addiction as a moral failure and start treating it like a medical condition.

But Oregon has taken that idea one step farther. By decriminalizing all drugs and ramping up an addiction treatment program, people struggling with SUD will be more likely to find themselves in treatment than in jail. It will also prevent the thousands of arrests for possession that plague the criminal justice system. Moreover, the Oregon Criminal Justice Commission estimated that convictions for possession of controlled substances would drop by over 90 percent.

Policing drug use also constitutes a significant cost to most cities and states, so the move to decriminalize drugs could actually save Oregon money. And that’s not even counting the revenue that will be raised from fines that result from the decriminalization.

By decriminalizing all drugs, Oregon is following in the footsteps of Portugal, which did the same all the way back in 2001. Similar to the U.S., Portugal had been experiencing its own addiction crisis in the 1990s; decriminalization was a radical move to address the problem. Nearly 20 years after passing decriminalization, it appears that strategy is working. Soon after the change in law, the opioid epidemic leveled off and the country started seeing precipitous drops in addiction, HIV infection, overdose-related deaths, and even drug-related crime and incarceration. Given Portugal’s success in this area, it will be interesting to see if we see the same results in Oregon.

Oregon wasn’t the only state with a drug-related ballot initiative. In addition to Oregon voting on decriminalization, four states—New Jersey, Arizona, Montana, and South Dakota—voted to legalize recreational marijuana. Meanwhile, Mississippi voted to legalize medical marijuana. Additionally, Vermont voted to allow the commercial sale of marijuana, after having legalized it through its state legislature in 2018. Overall, these direct ballot initiatives seem to indicate a shift in the perception of drug use by the U.S. public. It appears as though U.S. citizens are increasingly seeing drug use as a medical issue rather than a criminal justice issue, and are supporting policies on the local and state level to expand access to addiction treatment. The success of these policies and whether they are adopted on a federal level remain to be seen.