Oh, the pain….whether it comes from an accident, surgery, or other cause, the narcotic painkiller du jour prescribed by doctors far and wide was OxyContin. Available legally by prescription, this substance came on the market in 1996 from its maker, Purdue Pharma. And when it did, an aggressive sales and marketing strategy touted its benefits.

According to a study promoted by the company, OxyContin was a breakthrough in the treatment of pain. The pill offered a time-release formula that was stronger, yet less addictive than competing opioids. You could take higher and higher doses of this medication over an extended period of time without concern. Word spread about this “miracle” remedy. It caught the interest and prescription pads of doctors around the country.

Demand soared. In some instances, patients eager to try OxyContin formed long lines outside doctors’ offices. This happened, for example, in many sections of Ohio. The Sackler family, owners of Purdue Pharma, made a fortune from sales of this drug alone. Some doctors, distributors, and others did too, based on brisk sales from “pill mills.”

Both legal and illicit OxyContin trade flourished. The market for and usage of OxyContin skyrocketed. 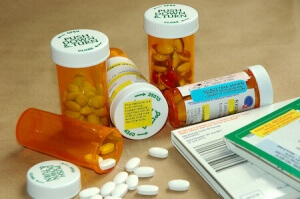 So did cases of opioid overdose. Many OxyContin users died.

How could this be? OxyContin was safe, wasn’t it?

This situation came to the attention of federal authorities and resulted in an agreement in 2007. That’s when several executives of Purdue Pharma pleaded guilty to criminal misdemeanors. They had illegally misbranded OxyContin. It was indeed addictive. The company paid more than $634 million in fines. It also vowed to take corrective actions. Apparently, that didn’t make a difference, at least initially.

Fast forward to 2019, and the number of lawsuits from jurisdictions, affected parties and groups has risen incrementally. Today, the number stands at more than 2,000 filings against Purdue Pharma. The lawsuits, in essence, accuse the company of deliberate deception. For example, one suit, entered in June by the Massachusetts Attorney General, claims the Sackler family had prior knowledge of the increased risks and side effects of the drug, including addiction. Despite that, the company recommended long-term, high dose therapy using this treatment to relieve pain.

On March 4, several reliable news outlets confirmed that Purdue Pharma is considering declaring bankruptcy. It is one of the options this maker of OxyContin is exploring to address the mammoth liabilities it is facing. The thousands of suits against the company charge it with contributing to the opioid crisis that has grasped the country.

This legal action would effectively put a halt to the pending lawsuits. As such, the company would file for Chapter 11 bankruptcy protection. That, in turn, would enable the firm’s legal team to work through claims with plaintiffs under the supervision of a U.S. bankruptcy judge.

The company has not, as yet, opted definitively for this action. It may instead choose to continue to fight against all of the lawsuits. The field is indeed crowded. More than 1,000 legal complaints against the company, which assert its practices led to fatal drug overdoses, are consolidated in a federal court in Ohio. A case filed by the Oklahoma attorney general is due to start in May. It charges the company with flooding the market with the highly addictive OxyContin under the premise that this drug was safe. In this instance, these court proceedings will be televised.

On that note, stay tuned…