Safe Dosing: Coming to a Site Near You?

Although their names may differ, they function the same way. They provide a service – actually, a number of services – to intravenous illicit drug users.

How Safe Dosing Sites Work and How They Help

These legally sanctioned locations represent safe havens where people who inject opioids are able to do so in hygienic settings under medical supervision. Clients, who bring their own supply of heroin, fentanyl and like drugs, receive clean injection 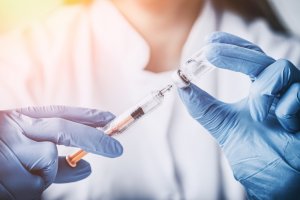 apparatuses, access to qualified medical staff, information about substance use, and treatment referrals. Some sites even offer counseling, while others are equipped with the tools clients need to begin their recovery right on-the-spot.

There’s one more thing to add to this on-site punch list. It’s important. The medical staff are on hand with breathing masks and naloxone, a drug that reverses overdoses when administered.

Safe injection sites number at least 100 to date, most notably in Denmark, Germany, the Netherlands, Switzerland, and Australia. How many are there in the U.S.? Zero. The closest and only one in North America is in Vancouver, British Columbia. Insite opened in 2003 and, since then, more than 3.6 million clients have injected drugs there under the watchful eyes of a team of nurses.

The statistics Insite shares for the year 2017 tell the SIS story. In the span of that time period alone, 7,301 individuals visited the facility 175,500 times. That comes to an average of 415 injection room visits per day.

That year, Insite recorded 2,151 overdoses and no fatalities, thanks to the efforts of the medical staff on the premises. What’s more, 443 clients transitioned to its own detox treatment program, where they stayed an average of 11 days. That’s not counting others, who may have received referrals to different detox or treatment centers.

SIS operate on the basis of a “harm reduction model”. This approach strives to limit harm to their physical well-being as well as accommodate their healthcare needs and build a path to recovery. As clients feel safe and increasingly come to trust a facility’s surroundings and staff, the more likely they are to seek drug counseling and start withdrawing from drug use. 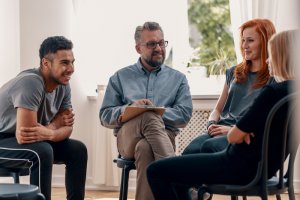 At the end of the day, the data speaks for itself. Safe Injection Sites are proven to:

It’s not that various groups and municipalities throughout the U.S. have not tried to install SIS. It’s that none have succeeded. At least a dozen cities have considered opening them, such as San Francisco, which received a veto from the then governor. In New York City, Mayor DeBlasio supports a plan to open four SIS, pending state approval.

In recent activity, the nonprofit group Safehouse made plans to open the nation’s first SIS in March 2019. The location targeted is Philadelphia, an area that has recorded one of the highest drug overdose death levels in the country. However, the New YorkTimes reported that the Justice Department is suing to halt this action. The lawsuit, filed in the U.S. District Court for the Eastern District of Pennsylvania, asks the court to declare the site illegal under the federal Controlled Substances Act.

The question remains, will the US have Safe Injection Sites? Perhaps one day, but with legal questions hanging around the issue, there may be a long while before SIS are implemented.