Pros and Cons of Animal-Assisted Therapy

Most of us would agree that the presence of an animal can improve one’s mood and relieve feelings of loneliness. But when it comes to treating serious mental health issues such as addiction and co-occurring psychological disorders, even the most ardent animal lovers might be skeptical about how helpful our four-legged friends can be.

But how effective is animal-assisted therapy, really? And if it is successful, are there any drawbacks to it? 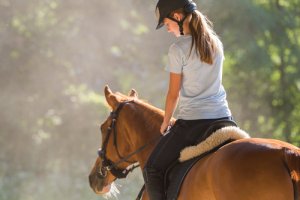 What is Alternative Therapy and How Can Animals Help?

By now, you’ve probably heard of “alternative therapy methods,” an array of different approaches to mental health treatment outside the realm of standard, evidence-based techniques. The most popular forms of alternative therapy include music therapy, art therapy, yoga therapy, and, of course, animal-assisted therapy.

Alternative therapies are methods that haven’t been (or have yet to be) proven effective through multiple peer-reviewed studies the way common evidence-based approaches have been. This doesn’t mean they aren’t helpful, however.

Animal-assisted therapy has been around for quite a while. Florence Nightingale actually popularized the concept of pet therapy over a century ago, after discovering chronically ill patients responded positively to the presence of animals. Some of these positive effects can even be measured: Studies on patients participating in pet therapy have yielded some impressive results, including:

The calming effect of having an animal (such as a well-trained dog) present during therapy for treating addiction often helps patients feel more comfortable communicating about emotions and concerns that are embarrassing or upsetting. But it goes even deeper than that and, believe it or not, different animals may have different therapeutic benefits.

Different Forms of Animal-Assisted Therapy and Their Benefits

Forms of animal-assisted therapy include:

The final concern is one of safety and well-being for the animals and people. This risk is very low when dealing with domesticated animals like horses and dogs; however, there have been several reports of injuries of people participating in dolphin-assisted therapy. Some researchers have also asserted that dolphin-assisted therapy unnecessarily stresses the animals and encourages captive breeding.

Popular treatment facilities that employ wolf-assisted therapy have largely avoided criticism in regard to animal well-being by contracting with certain conservation centers. The wolves and wolfdogs in these facilities had been given up by people who made the poor decision to adopt these animals and realized their mistake. Wolf-assisted therapy is still a very new concept, so this concern may become more pressing if an increasing number of facilities adopt the method. 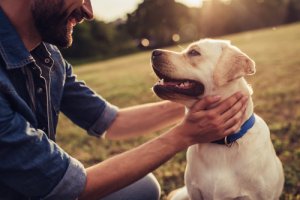 Ultimately, treatment for substance use disorder works best when it is tailored to the needs of the patient. Effective treatment facilities recognize this and customize an approach to treat each individual, at the same time utilizing evidence-based therapeutic approaches.

As long as the patient and animals are safe, and alternative therapy is provided as supplemental treatment—not in lieu of evidence-based approaches—it seems that the potential pros of animal-assisted therapy outweigh the cons.

James Regan
Author
James Regan is an addiction content expert at American Addiction Centers with years of experience working in digital media.
Read Our Editorial Policy
Recent Posts
Related Tags
co-occurring disorders
treatment
Don’t wait. Call us now.
Our admissions navigators are available to help 24/7 to discuss treatment.
Prefer texting to talking on the phone? We’ve got you covered 24/7.
Instead, sign up for text support to receive: