What Does Psychological Addiction Involve?

What Is Psychological Addiction?

One way to understand psychological addiction is to compare it to physical addiction. Addiction to certain substances involves a cycle of using a substance, having withdrawal symptoms after stopping, and using the substance again. When people take certain substances, it can trigger chemicals in the brain that provide feelings of pleasure. This activates the reward center of the brain, leading the person to use that substance again. Consequently, when they try to quit, they’ll experience physical symptoms. 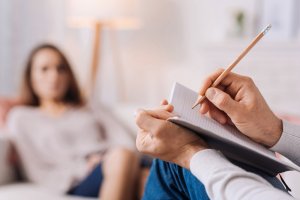 Differences Between Addiction and Dependence

Some people use the terms tolerance, addiction, and dependence interchangeably. Even some therapists may do this. However, there are distinct differences between the three.

According to NIDA, tolerance is when a person’s body gets used to a drug and they need more to achieve the same effects. This happens naturally as they continue using the drug.

Dependence occurs when someone has passed the tolerance point; they are using more of the drug and if they were to stop taking the substance, they would experience withdrawal. Withdrawal could range from mild to severe depending on the duration and intensity of their substance use. Even though the person would experience withdrawal symptoms, they would not necessarily be addicted.

An addicted person demonstrates drug-seeking behavior accompanied by a failure to keep up with life’s obligations, and in many instances, physical withdrawal symptoms in between drug use. The person might try to stop but fails to do so because they have progressed past the point of dependence.

Psychological addiction does not involve any physical withdrawal symptoms, but the person still has the compulsion to seek out the drugs and experiences emotional pain when they go without them.

People experience psychological addiction differently, but some of the symptoms are as follows:

Getting help for psychological addiction is just a phone call away. At American Addiction Centers, our evidence-based therapy program helps people get to the source of addiction, so they can live happily and soberly. Reach out to us today.

Sherilyn Moore, B.A.
Author
Sherilyn Moore is a freelance writer with over 10 years of experience. She has dual bachelor’s degrees in English and Communications and an Inbound M … Read More
Read Our Editorial Policy
Recent Posts
Related Tags
addiction
mental health
Don’t wait. Call us now.
Our admissions navigators are available to help 24/7 to discuss treatment.
Why call us?
Prefer texting to talking on the phone? We’ve got you covered 24/7.
Instead, sign up for text support to receive: