Are Ride-Sharing Services a Convenient Excuse to Binge Drink?

For the last decade, the popularity of ride-sharing apps, such as Uber and Lift, has grown exponentially. According to Pew Research, roughly 36% of American adults had used a ride-hailing app by 2019, compared to only 15% in 2015. The apps are also uniquely popular among young people. The same study noted that over 50% of users were individuals aged 18 to 29. However, while ride-sharing apps have revolutionized metro transportation, there may be a hidden cost for the modern convenience.

A newly released study conducted by the University of Michigan has shown that ride-sharing apps may be associated with higher rates of binge drinking. Until this study, most research focused on the correlation between ride-sharing apps and drunk driving. Unsurprisingly, these studies indicated that ride-sharing services reduced instances of DWIs, accidents, and deaths. Cost-effective and convenient, these apps seem to make our streets safer, and that’s wonderful news. However, this convenience may also promote a level of permissiveness. 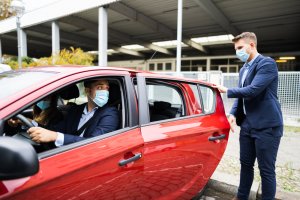 The Association Between Binge Drinking and Ride-Sharing Apps

It’s common sense to assume this increase reflects an individual’s ability to drink without worrying about driving. Not having to worry about the exorbitant cost and inconvenience of traditional taxis may also factor in. So, although ride-sharing services promote safer drinking in terms of driving, an individual may consciously (or unconsciously) feel liberated to unsafely drink more using the app.

At first glance, a 4% increase in binge drinking may not seem too alarming. However, it’s important to remember the aforementioned statistics regarding the growing popularity of ride-sharing apps. In 2015, only 15% of the population had used a ride-sharing service. Most of the binge drinking data was collected in 2016. However, if the popularity of the apps – more than doubling from 2015 and 2019 – and its correlation with binge drinking was extrapolated, then this 4% is much, much higher today.

While the positive effects of ride-sharing services on driving-related incidents is great, binge drinking is still unsafe and unhealthy. According to the Alcohol-Related Health Impact application, excessive alcohol use was responsible for an average of 95,000 annual deaths between 2011 and 2015. Nearly half of these deaths were a result of binge drinking. 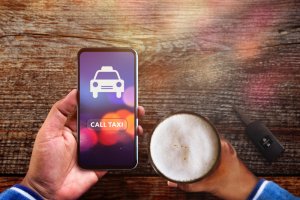 While ride-sharing services are convenient and cost-effective, their usage shouldn’t equate to unhealthier drinking habits. The frequency and severity of binge drinking often increase over time and, in some cases, quietly evolves into full-blown dependency.

For most of us, we don’t need a catalyst for drinking more and more often. Although ride-sharing apps may provide the freedom to drink, it’s important that no circumstance threatens your freedom to stop drinking. If you or a loved one is unable to moderate their drinking, consider seeking professional alcohol treatment on an outpatient or inpatient basis.

Matt Berry
Author
Matt Berry is a published author, award-winning journalist and editor. For more than a decade, Matt has specialized in covering U.S. substance abuse … Read More
Read Our Editorial Policy
Recent Posts
Related Tags
alcohol
binge drinking
technology
Don’t wait. Call us now.
Our admissions navigators are available to help 24/7 to discuss treatment.
Prefer texting to talking on the phone? We’ve got you covered 24/7.
Instead, sign up for text support to receive: