As a recovering alcoholic and addict (I still hate to admit the addict part, but there it is) I have been present at hundreds of anniversary celebrations. Our sobriety date is a big deal to us. Those of us who belong to a group of recovering individuals have the option of telling our story to those in attendance. Most people who share their journey focus on what life was like when they were active, how they found the inspiration to embrace sobriety and what life is like now. There is something therapeutic about telling our story to people who will benefit from hearing our experience. Coming clean in front of a room full of interested persons is truly liberating.

They’re just days to most of us, but to the people who managed to stop actively participating in their addictions, those days are New Years’ Day, or, more accurately, New Life Day. I always marvel at the randomness of anniversary dates; January 1st comes up, but not nearly as frequently as you would think. Making the choice to begin the journey into a sober life is not as simple as picking a date and sticking to it. It is a perilous journey, and often one with a few false starts. 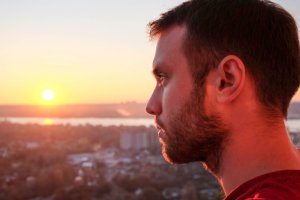 People who decide to “quit drinking” on New Year’s Day and then white knuckle it until New Year’s Day Eve when their disease kicks into full throttle, and they return to old habits believe they have failed. The alcoholic and addicted mind loves nothing more than the shame, guilt and remorse that comes with that perceived failure. Feeding the disease thoughts of inadequacy fuels the beast, and allows it to take control of our thoughts, which leads us right back where we began; the comfortable embrace of our intoxicant of choice.

Meandering through life with good intentions in one hand and a bottle in the other is no way to live. When the realization comes, often in unexpected fashion, that living would probably be better without the chains of addiction weighing us down we have options. I learned the hard way that when that realization appears, embrace it, hold on to it for all it’s worth, bask in it and do not let it go, no matter what. When inspiration strikes, don’t wait! Get through that moment without a drink. Then on to the next, and the next. Get through the day. Wake up with a day of sobriety behind you, and go from there. Do some research. Google addiction. Read. Make some phone calls to people you have neglected. No need to mention your recovery intentions just yet, but it is always a good idea to keep relationships open, even the difficult ones.

Now is the time to develop a plan. Today is New Years Day. And no matter what day it is, yesterday is now your anniversary date. Mine is September 24, 2001, just another day for most of the world, but as for me and my house, it is the best day of the year.

Michael Morse
Author
Captain Michael Morse is a retired firefighter in the Providence Fire Department.
Read Our Editorial Policy
Recent Posts
Don’t wait. Call us now.
Our admissions navigators are available to help 24/7 to discuss treatment.
Prefer texting to talking on the phone? We’ve got you covered 24/7.
Instead, sign up for text support to receive: