How Substance Use Disorders Differently Affect Men and Women 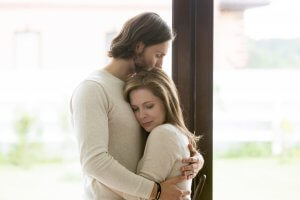 Addiction is a disease that doesn’t discriminate. Substance use disorders can occur in both men and women, although studies have shown that there are some distinct differences in the way addiction affects each gender. Variables like the most commonly abused substances, the onset age of addiction, and the likelihood of relapse are not consistent for both men and women. Some of these differences ⁠— reported by the Journal of Neuroscience Research ⁠— can be attributed to predisposed genetic tendencies within each gender, while others are the result of outside influence and societal norms.

Important Conclusions About Substance Use Disorders in Men Vs. Women

Based on these differences in substance abuse in men and women, researchers have begun to understand more about each gender’s motivation for using drugs and alcohol and their patterns of addiction.

While men are more likely to experiment with drugs and alcohol at an early age, those with substance abuse disorders also experience lower levels of stigma and tend to seek treatment after interference by a family member or a court mandate.

Women are often introduced to addictive substances by men or through a prescription. While women tend to be exposed to drugs and alcohol later than men, substance abuse disorders develop more rapidly in women and carry more stigma. Many will resist treatment until they experience a serious complication such as an overdose or hospitalization. As a result, women are less likely to seek professional treatment and recover from their addiction.

Because of these distinct differences, it’s crucial that men and women receive gender-specific treatment. This will not only cater to their individual needs and circumstances, it will offer a greater sense of comfort, community, and connection.

Share
Priscilla Henson, MD
Dr. Priscilla Henson is a Resident Physician specializing in Emergency Medicine at a community hospital in central California. She also serves as a member of the Pain Management Quality Improvement Committee through the same hospital. Part of the committee’s mandate is to work toward non-narcotic pain management alternatives.
Recent Posts
Don’t wait. Call us now.
Our admissions navigators are available to help 24/7 to discuss treatment.
Why call us?
Prefer texting to talking on the phone? We’ve got you covered 24/7.
Instead, sign up for text support to receive: