How to Quit Marijuana

Marijuana use is prevalent throughout the United States. Though this drug has been widely decriminalized in many parts of the country, marijuana use can still progress to compulsive and problematic levels for some people, at which point they may find it difficult to stop using. People who develop significant marijuana dependence over the course of their use may also experience troublesome withdrawal symptoms when they try to quit, making the early recovery period additionally challenging.

Quitting marijuana is entirely possible despite certain challenging aspects, and professional substance abuse treatment has helped many manage withdrawal and recover from substance use disorders involving marijuana. Learn more below about the potential effects of marijuana abuse and how to go about stopping using cannabis.

Learn more below about the potential effects of marijuana abuse and how to go about stopping using cannabis.

How Does Marijuana Use Affect The Brain?

Frequent cannabis use carries certain risks. Someone who regularly uses marijuana may be at higher risk of developing a cannabis use disorder. Marijuana is also associated with other physical and mental health risks. With the rising potency of marijuana’s average concentration of its primary psychoactive component, these risks may be elevated for users.1

Marijuana’s psychoactive components affect the brain through a series of chemical interactions. Tetrahydrocannabinol (THC) is the primary intoxicating chemical compound found in cannabis. THC is similar in chemical structure to naturally occurring cannabinoids in the body, such as anandamide. This similarity allows THC to attach to the brain’s cannabinoid receptors and disrupt the endocannabinoid system’s normal functioning. THC also stimulates the release of larger-than-normal amounts of dopamine, which is partly responsible for its pleasurable high.2

THC affects a user’s brain in areas that control mood, memory, thinking, and concentration.2 Marijuana’s effects may be desirable for some people and include:3

THC’s effects on the brain don’t always produce pleasurable effects. Its disruption of the brain’s normal pathways of communication may sometimes lead to distressing effects such as:2

Despite the prevalent notion that marijuana is entirely safe or free of any addictive potential, there is certainly evidence to suggest otherwise.

American Addiction Centers is the nation’s leader in substance abuse treatment. In our various treatment facilities across the country, medical professionals help people recover from marijuana abuse and reassume power over their lives. Learn more about where you can find treatment for marijuana abuse, your addiction treatment options, and your specific insurance coverage details by giving us a call at . 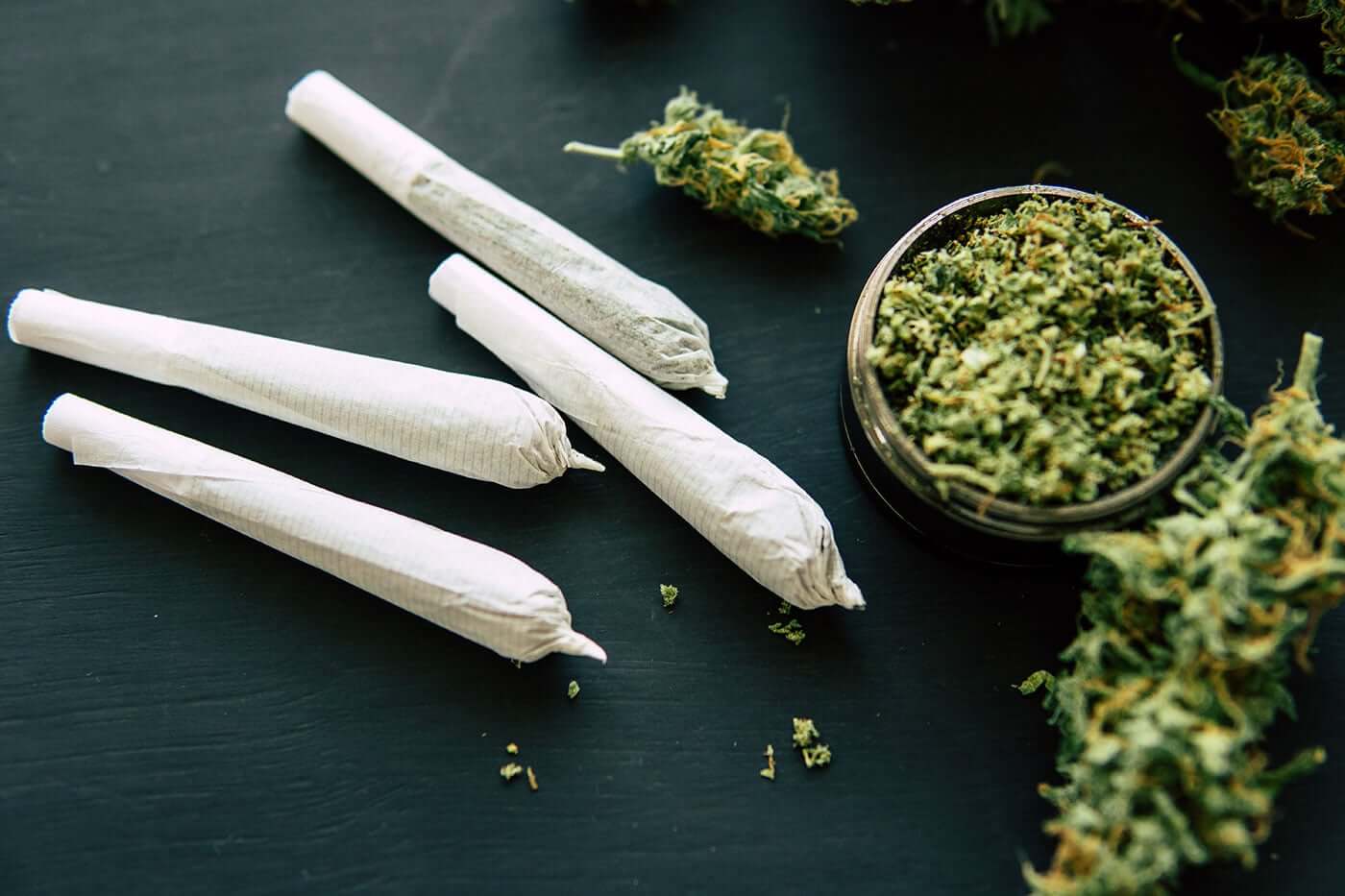 Marijuana is the second-most widely used mind-altering substance in the United States, behind alcohol.1 In a 2018 survey, almost 12 million young adults reported using marijuana within the previous 30 days.4

A previously criminalized drug across the country, marijuana is now widely legalized in many areas for medicinal and recreational use.

The National Institute on Drug Abuse (NIDA) identifies marijuana as an addictive drug. With consistent use, people who consume weed may be at risk of developing a marijuana use disorder, or marijuana addiction.

Physiological dependence, which develops as the brain and body adapt to weed, is a common feature associated with many instances of marijuana addiction.5 People who develop dependence on marijuana may, over time, begin to produce less of their own endocannabinoid neurotransmitters and become desensitized to the effects of them. Should this happen, a heavy marijuana user may experience withdrawal symptoms when they slow their cannabis consumption or stop consumption altogether.

The presence of cannabis withdrawal symptoms is one criteria used to make the diagnosis of a marijuana use disorder.6

When someone is dependent on marijuana, they may experience withdrawal when they attempt to quit or cut down on the consumption of the drug. If you’re wondering what happens when you quit smoking weed, this may be a viable option.

One study by NIDA found that around 40% of teens who the journal considered dependent on marijuana experienced withdrawal symptoms when they stopped using.7

Acute marijuana withdrawal may give rise to unpleasant symptoms such as:7

Withdrawal is one of the more challenging parts of quitting marijuana. Someone with significant cannabis dependence may try to smoke weed to get rid of the unpleasant physical or emotional symptoms of withdrawal, derailing any recovery efforts. It’s common for people making attempts at decreasing or stopping their marijuana use to return to cannabis (or pick up another drug) because of the distress of withdrawal. Marijuana withdrawal symptoms generally peak in intensity around the third day of detoxification from the drug.6

How to Quit Smoking Marijuana

Unfortunately, quitting pot isn’t always easy for many people. As mentioned, people who smoke weed regularly may develop significant cannabis dependence. Once this develops, quitting marijuana may result in several uncomfortable experiences, including cravings and turbulent moods. Trying to quit on your own is possible, but it can be challenging without the accountability, support, and guidance of professional treatment. To quit smoking marijuana, you may benefit from the supervision and care provided through an addiction treatment program.

Treatment can help people remain safe and comfortable while quitting marijuana. The supervision and support of treatment can decrease the likelihood of a person relapsing on their drug of choice. Each person’s recovery needs may be somewhat unique, and may benefit from individualized treatment plans.  When someone is struggling to quit marijuana on their own, has a cannabis use disorder, or suffers from marijuana dependence, cannabis-specific treatment may be their best option.

If you must stop smoking marijuana immediately at home, remember to surround yourself with a wide support network. In times of withdrawal and craving, having safe and healthy people around you can serve as a way to protect you against relapse. Here are some of our suggestions:

Though our tips for quitting marijuana cold turkey may help, your best option may be to reach out to a treatment provider that specializes in cannabis abuse treatment for professional guidance on how to quit. With the recovery expertise of a treatment provider, one can determine their best course of action when trying to stop using this drug.

Sometimes, quitting marijuana is difficult to do alone. If you can’t seem to quit weed cold turkey, you may want to seek professional help to cease marijuana use. American Addiction Centers offers multiple forms of treatment to help those abusing marijuana that helps patients gain the skills to cope with craving and avoid their triggers. Therapy also helps improve on other skills, such as problem-solving and lifestyle management.

Addiction treatment providers may use several behavioral treatments to help those struggling with marijuana use, such as:

One solution to the unpleasantness and potential unpredictability of withdrawal is to undergo the process with the supervision and support of a comprehensive rehabilitation program. The support and care offered through professional rehabilitation may help people better manage the withdrawal period, which might otherwise prove to be a significant hurdle to ongoing recovery efforts. Though presently there are no pharmacologic interventions approved for managing cannabis withdrawal or that specifically treat cannabis use disorders, close supervision, medications for certain symptom relief, and other supportive care measures can help to pave the way for long-term recovery.