TikTok and Recovery on Social Media

Kids these days. What with their newfangled gizmos and constant preoccupation with their social media. What good are these new technologies anyway?  Well, at least in the world of addiction recovery, one particular social media platform has proven to be something of a boon to youth overcoming their struggles with substance use: TikTok, the short-form mobile video app where countless users are celebrating and sharing their inspiring stories of recovery.

A recent trend has been growing on this relatively new app. People have been sharing their stories of recovery, celebrating milestones, and even cheering on others on the path to recovery. Wielding hashtags like #sober, #mentalhealthawareness, and #soberlife, these users have taken to the airwaves of TikTok en mass, and in the process are destigmatizing sobriety. 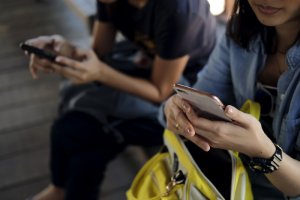 Originally launched under the name Musical.ly in 2014, TikiTok is the latest social media platform to take the teen world by storm. To put it simply, it’s kind of like Twitter but for video. Whereas Twitter lets users share text-based 280-character posts, TikTok lets them share 15 seconds videos. For those of us “older” Millennials, TikTok is essentially a revamped version of the failed social media platform Vine, which had video posts lasting up to six seconds.

(Side note: in case you haven’t heard yet, today’s youth are part of Generation Z—Gen Z for short—and not the Millennial generation, whose constituents are now bona fide adults that do things like start multi-billion dollar companies, run for president, and wax nostalgic for by-gone eras.)

Addiction can be hard on anyone, but being a young person struggling with substance misuse can be particularly challenging. When everyone around you is partying, drinking, and perhaps even doing drugs, staying sober is a tall order. And that’s also true for life online. People often share stories of that oh-so-fun time they had last night at the bar or club on social media.

But thanks to this growing trend on TikTok, those committing themselves to sobriety now have a community of likeminded people going through the same challenges they are. Users like this one are showing others that they’re not alone in their struggle all while helping to destigmatize sobriety in general.

So long as you’re using social media the right way, platforms like TikTok can be extremely beneficial for those who might otherwise feel disconnected. It’s a fact that’s not lost even on the CDC, who in 2015 used social media in a campaign to tell the story of addiction to prescription drugs.

However, even though platforms like TikTok can certainly help those struggling with addiction, the world of social media isn’t all rainbows and butterflies. Indeed, under certain conditions, overusing social media can trigger sadness, according to some studies. It might also cause stress and anxiety or make people feel isolated, both of which could cause someone in recovery to relapse. 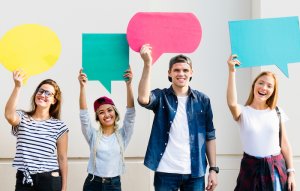 But even when used responsibly, TikTok—or any other social media—is never a substitute for forming in-person bonds. Online friends are great, but they seldom compare to the impact that a sponsor or alumni group can have. When times get tough and individuals feel in danger of relapse, in-person human connection is more potent than a social media app. Furthermore, social media certainly isn’t a substitute for an actual rehab or recovery center, for those that need it.

Still, take solace in the fact that young people glued to their phones aren’t necessarily shooting themselves in the foot. They could be taking part in a growing trend that could ultimately help them get—and stay—sober.