The Vitals on Vaping: Your Questions Answered

Suddenly it seems, vaping surfaced and in a big way. The term, which describes the use of an electronic or e-cigarette, is a story with a short timeframe. The brainchild of a Chinese pharmacist, the e-cigarette entered the commercial market less than 20 years ago. Over the last 10, it surged in popularity. Today, consumers span the globe with China in the top spot. Other areas of high concentration include the U.S. and Europe. Why has vaping attracted so much interest? The more pressing issue, based on a lot of negative news, is understanding the fundamentals and safety. So let’s clear the air, so to speak, on vaping. This vaping FAQ will hopefully answer any questions you have about vaping and its health effects.

Vaping takes its name from the vapor created and expelled from an e-cigarette. An offshoot of traditional cigarette smoking, an e-cigarette consists of several parts. Primary is the e-cigarette housing, which varies in size and shape, and a mouthpiece. There’s also a liquid to heat and a tiny tank to hold it, an atomizer to warm the liquid and a battery as the power source.

Put it altogether and here’s what it looks like and how it works. An e-cigarette can resemble a regular cigarette, pipe or cigar. It also may have the appearance of a pen or a USB device. The liquid in the chamber typically contains nicotine, flavorings and other elements. Flipping the switch on activates the device. The atomizer heats a coil, which warms the liquid and turns it into a mist. The user “vapes” by inhaling the aerosol into the lungs and then exhaling it. 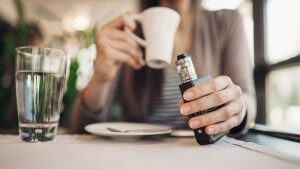 People of all ages are part of the e-cigarette population; however, the trend has gained a strong foothold with youth. As such, vaping is most prevalent among preteens and teens in middle and secondary school. How much so? The Substance Abuse and Mental Health Administration (SAMHSA) offers a snapshot of the $7 billion market in 2019 in the U.S. Among young people: 4.1 million high school students and 1.2 million middle school students vape. Of this total, 1.6 million vape daily.

Pew Research reports “vaping by friends or family is a common reason why some students choose to do it.” About one-third use e-cigarettes because of “flavors such as mint, candy, fruit or chocolate” and about one-fifth consider them “less harmful than other forms of tobacco such as cigarettes.” Other reasons: they are easier to obtain than other tobacco products, cost less, and “famous people in TV or in movies use them.” Among adults who vape, about 60% also smoke regular cigarettes; about 30% were former smokers.

The story of the e-cigarette is a starting point to answer this question. The inventor’s father, a heavy smoker, died of lung disease. This tragedy inspired the e-cigarette. The thesis: it simulates smoking and substitutes for it. The World Health Organization (WHO) nixes this idea as a way to kick smoking: “WHO has no scientific evidence to confirm the product’s safety and efficacy. Its marketers should immediately remove from their web sites and other informational materials any suggestion that WHO considers it to be a safe and effective smoking cessation aid.” The U.S. Food and Drug Administration (FDA) weighs in on this too. It states: “E-cigarettes are not approved by the FDA as an aid to quit smoking. “

Is going from smoking to vaping healthier?

The health results of giving up smoking for vaping are not clear cut. The Centers for Disease Control and Prevention (CDC) states: “E-cigarettes have the potential to benefit adults who smoke and who are not pregnant if used as a complete substitute for regular cigarettes and other smoked tobacco products.” Note that this principle does not apply to everyone. The agency recommends: “If you’ve never smoked or used other tobacco products or e-cigarettes, don’t start.” It adds: “Additional research can help understand long-term health effects.”

What are dangers of vaping?

The aerosol is the main source of potential harm. Why? It may contain: nicotine, ultrafine particles inhaled deep into the lungs, toxic volatile organic compounds (VOCs), flavoring linked to lung disease, heavy metals and other cancer-causing chemicals. Cartridges also may hold cannabis products. The CDC explains: “E-cigarettes are still fairly new, and scientists are still learning about their long-term health effects.” It warns: “It is difficult for consumers to know what e-cigarette products contain. For example, some e-cigarettes marketed as containing zero percent nicotine have been found to contain nicotine.” 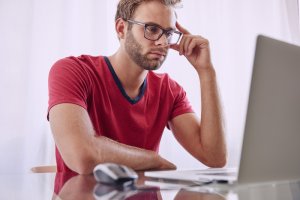 How prevalent are problems?

It’s a “national outbreak” in the words of the CDC. In fact, the agency has coined a term for the health issues attributed to vaping – EVALI. That’s short for “e-cigarette, or vaping, product use-associated lung injury.” Both the FDA and CDC are exploring many incidents of severe respiratory illness associated with use of vaping products. For more information, see “Lung Injuries Associated with Use of Vaping Products,”

The verdict still is out about vaping. Certain smokers may derive an advantage by transitioning to e-cigarettes. However, as most e-cigarettes contain nicotine, they may harm the heart and lungs of users. Nicotine also is highly addictive in any form of cigarette. Although vaping may appear to be a good way to stop smoking, the top official health agencies do not support this use. There’s much to discover about vaping to draw definitive and helpful conclusions. In the meantime, know the risks and weigh them.

Hopefully this vaping FAQ help to bring across the complex issue of vaping. To learn more about vaping, check out:

Sherry M. Adler
Author
Sherry M. Adler is a freelance writer based in the Greater New York City area, dedicated to using the power of words to inform and energize people.
Read Our Editorial Policy
Recent Posts
Related Tags
addiction
faq
vaping
Don’t wait. Call us now.
Our admissions navigators are available to help 24/7 to discuss treatment.
Prefer texting to talking on the phone? We’ve got you covered 24/7.
Instead, sign up for text support to receive: