7 Famous Writers with Addictions Then and Now

What is it about well-known writers and addiction? Many famous writers have had strong affinities for alcohol or drugs – some for both. This voluminous list spans time and space. As case in point, the British Romantic poet John Keats (1795-1821) used opium. His countrymen Charles Dickens (1812-1870) used morphine; Aldous Huxley (1894-1963) used mescaline and psychotropic drugs. Across the globe, the U.S. playwright known as Tennessee Williams (1911-1983) abused alcohol and drugs. Hunter S. Thompson (1937-2005), of gonzo journalism fame, did the same with a mix of substances, from alcohol to cocaine and hallucinogenics. Let’s take a more in-depth look. Here are 7 of many writers with addictions. 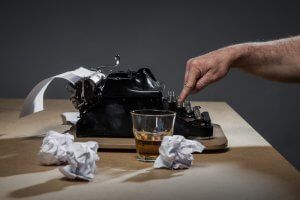 She’s best known for “How do I Love Thee? Let me count the ways.” Yet, there was another side of Elizabeth Barrett Browning of lesser acclaim. At an early age, this Victorian poet started taking narcotics for a spinal problem. Over the years, to relieve pain from other illnesses, she used a tincture of opium called laudanum as well as morphine. As an adult, she became addicted to opium and spent vast sums of money to buy increasingly large amounts of it. Literary critics have speculated that this dependency served as the gateway for the intense visions and musings in her works. She described opium as a “calming remedy” and relished its “wonderful… tranquilising powers.” How much did this poet use? Perhaps this quote provides a clue: “Opium – opium – night after night.”

Comedy and tragedy were hallmarks of Dorothy Parker’s life. A writer, poet, satirist and critic, she was a beacon of the New York literari and founder of the Algonquin Round Table. Through her early life, Parker battled depression, attempted suicide several times and consumed large quantities of alcohol. All the while, she was a prolific architect of short stories, articles, book reviews and verse; she also collaborated on plays and movie scripts. As time went on, her drinking reached dangerous levels. At one point, she went to a facility to detox. Her doctor informed her that, if she continued drinking as she did, she would die in 30 days. Flexing her caustic wit, Parker responded: “Promises, promises.” At age 73, she succumbed to a heart attack.

Born and educated in Russia, Alisa Zinovyevna Rosenbaum A.K.A. Ayn Rand moved to the U.S. when she was in her 20’s. It was there she wrote her two greatest novels: The Fountainhead and Atlas Shrugged. But she found creating these masterworks – long and intricate – exhausting and challenging. To help stay focused and productive, she started taking the amphetamine Benzedrine by prescription; she added similar substances allegedly to help control her weight. After many years of daily dosing, she was deeply addicted. She claimed these amphetamines enabled her to meet publishing deadlines. But those around her witnessed erratic behavior and urged her to quit. She went on to write other books and promote Objectivism. And she continued using for 30 years.

“Do not go gentle into that good night” is a title of and often quoted line from Welsh poet Dylan Thomas. He also wrote radio broadcasts and short stories. He carved a distinctive place in his craft for his “original, rhythmic and ingenious use of words and imagery.” This talent earned him the reputation of “one of the most important Welsh poets of the 20th century.” Far beyond his native country, he is “one of the greatest modern poets” the world over. Another aspect of his life drew wide attention – drinking. This habit earned him another reputation as a “roistering, drunken and doomed poet.” An article in The Irish Times on “Drinking with Dylan” reported on his death. It stated: “Dylan Thomas collapsed and died at the age of 39 in a New York hospital, destroyed by drink.”

Science fiction lovers surely are familiar with Philip K. Dick. To his credit are 44 novels and more than 120 short stories. Other works appeared after his death, including the movies Blade Runner, Total Recall and The Adjustment Bureau, all based on his books. Dick relied on amphetamines to pump up his productivity and income, paid then by the magazines to which he contributed by the number of words. Over time, he fell into a state of total substance abuse. He entered rehab several times for treatment. Later, he tried LSD and other hallucinogenics. During this period, he created his most popular works. At the age of 54, he died from a stroke and heart attack. It’s speculated though that his drug habit predisposed him to this untimely fate. 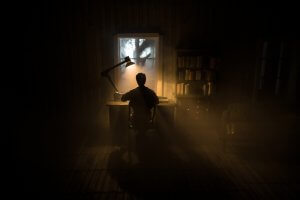 A prolific writer, Stephen King has carved an indelible place in the horror, supernatural, suspense, fantasy, science fiction and crime space. In the 1970’s and going full force during the 1980’s, he took the same prolific approach to using substances; that included ample consumption of alcohol and a wide menu of drugs. At what seemed the point of no return, his family staged an intervention. On that occasion, they confronted him with a display of the spoils of his addiction. As a result, he enrolled in a 12-step program, which ultimately led to his recovery. Remaining sober, he has shared this experience in his memoirs. Since then, he has continued to provide the world with a range of bestselling novels, audiobooks and movie scripts.

What do The West Wing, A Few Good Men, Moneyball and The Social Network have in common? They are works of American screenwriter, playwright, director and producer Aaron Sorkin. This is just a short list of his endeavors; there are lots more. By turning out hit after hit, he and his career were flying high. Cocaine contributed to that too. His arrest at Hollywood Burbank Airport for possession of crack cocaine, hallucinogenics and other illicit substances filled the news. It also sent him to a drug diversion program and led to his recovery. In an interview in The Hollywood Reporter, Sorkin said: “You know how I got addicted to cocaine? I tried it.” He told W. magazine: “The hardest thing I do every day is not take cocaine. You don’t get cured of addiction – you’re just in remission.”

Sherry M. Adler
Author
Sherry M. Adler is a freelance writer based in the Greater New York City area, dedicated to using the power of words to inform and energize people.
Read Our Editorial Policy
Recent Posts
Related Tags
addiction
celebrity
recovery
Don’t wait. Call us now.
Our admissions navigators are available to help 24/7 to discuss treatment.
Prefer texting to talking on the phone? We’ve got you covered 24/7.
Instead, sign up for text support to receive: