Authored by Editorial Staff
Last Updated: January 23, 2020
Editorial Staff
The editorial staff of American Addiction Centers is made up of credentialed clinical reviewers with hands-on experience in or expert knowledge of addiction treatment.
Related Topics

Everyone eats too much from time to time. Thanksgiving turkey, Christmas pie, and 4th of July barbecue all seem to call out for feasting, and sometimes, it’s hard to know when to refuse a second helping of something so delicious.
However, when most people eat a little too much, they can blame the great taste of the food or the holiday that food celebrates.

There’s a small subset of people, however, who can’t control how much they eat. According to the National Association of Anorexia Nervosa and Associated Disorders, people like this binge on huge amounts of food several times a week. These people can be so disgusted with the amount they ate that they can try to remove that food through vomiting or purging.

This is bulimia, and it’s a serious problem. Thankfully, it’s also a problem that comes with a solution, as treatment programs can help affected people to pull together more appropriate eating plans for a lifetime of good health. 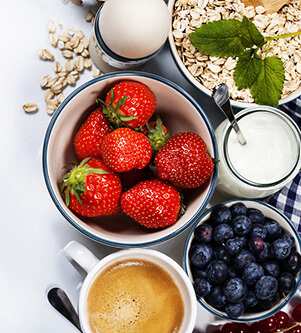 ANRED suggests that about 4 percent of college-aged women have bulimia. Many men, teenagers, adults, and seniors struggle with this eating disorder, too. But the behaviors that support bulimia are often performed in secret, and that means people with this disorder may have years of dysfunction behind them before their families are moved to take action.

Bulimia is sometimes triggered by a traumatic event, according to the U.S. Department of Health and Human Services. Living through a natural disaster or enduring a personal attack can leave people feeling helpless and out of control. Binging on food can provide a sense of comfort that can be very appealing to someone going through a crisis. Purging can bring a little boost of euphoria these people might desperately need in order to get through the day. To someone like this, bulimia is part of the trauma coping mechanism process, although it’s usually not very effective in healing long-term pain.

Bulimia can also be sparked by culture. Young women who read fashion magazines or watch fashion shows on television can become convinced that thin means good and fat means bad. These girls might attempt very severe diets involving water, caffeine, and fruit. By the end of the day, these girls are so hungry that they’ll eat almost anything, and they might binge as a result. Purging is a way for these girls to get back on track with a diet.

Bulimia can also run in families, meaning that people who grow up watching an adult engage in bulimia can become adults who do the same thing. There may be genes involved in this transition, or the young people might just mimic the behavior and assume it’s normal.

Without proper treatment, bulimia tends to get worse. People may start by binging and purging just once per month, but they might then purge once per week or even once per day. In time, people like this might be drawn to purge every meal.

Many of the risks associated with bulimia are linked to the methods people use in order to eliminate binged foods from their bodies. Relentless vomiting or daily laxative consumption is just not good for vital digestive systems or overall body function. In time, according to the National Eating Disorders Association (NEDA), people with bulimia can develop:

While many of these health consequences are linked to purging, people who simply binge on food without trying to get rid of it can also become very ill. These people can eat so much that they strain their body’s capacity to hold food. Stomach linings can stretch and swell, as can the throat. These delicate systems can even burst. People who binge can take in twice or three times the amount of calories they need, and that can lead to weight gain and/or obesity.

Obesity can lead to all sorts of health problems, including heart failure, diabetes, arthritis, and some types of cancer.

What Treatment Options Are There?

People with bulimia have several options open to them, when it comes to getting better and leaving this disease behind for good.
For example, some people choose to enroll in inpatient programs that allow them to move into the treatment facility for a short period of time, so they can really focus on getting better for good. Others choose to enroll in outpatient care, so they can continue to work and interact with loved ones and their communities as they heal.

No matter the format of treatment, most people with bulimia need therapy. It’s here that people have the opportunity to really examine how the illness came about and what should be done in order to make things better.

Typically, the therapy follows a cognitive behavioral format, in which people with bulimia are asked to:

Often, according to analysis by the American Psychological Association, people with bulimia respond to the work in just 6-8 sessions. That means they learn very quickly, and they find they can put the lessons to good use almost immediately. But some people just don’t see the benefit of therapy like this. Thankfully, there are other approaches that can also assist with a bulimia problem, and when early therapies don’t bring relief, therapists can try those alternates instead.

Medications might also be helpful. According to Mayo Clinic, the medication fluoxetine has been approved by the U.S. Food and Drug Administration for the treatment of bulimia. This antidepressant medication seems to soothe electrical impulses in the minds of some people with bulimia, and this allows them to handle the demands of the eating disorder with a little more poise and grace.

As they work through their sessions and amend their eating habits, they might need a little encouragement from the people they trust, love, and know well. The more families can stay involved with healing, the better.

Bulimia Can Be Treated

With the right kind of help provided at the right time, people with bulimia can learn to amend their eating habits for the better.

When they do, they can come to a new understanding of what it means to live a healthy and happy life. By enrolling in quality treatment plans, all of those benefits can come about. American Addiction Centers does not treat bulimia; however, many respected facilities throughout the US do. It’s time for families to get started.

Last Updated on January 23, 2020
Share
Editorial Staff
The editorial staff of American Addiction Centers is made up of credentialed clinical reviewers with hands-on experience in or expert knowledge of addiction treatment.
Related Topics
Don’t wait. Call us now.
Our admissions navigators are available to help 24/7 to discuss treatment.
Why call us?
Get addiction help now (24/7 helpline)We’re here for you every step of the way.