What is Cocaine Cut With?: Adulterants & Cutting Agents 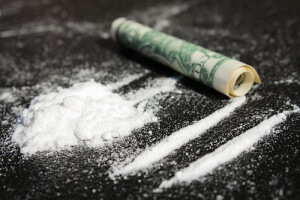 Due to the fact that cocaine is almost exclusively used recreationally and has a large illicit market, the vast majority of it will contain impurities or be “cut” with other substances.

These may be added in order to change or intensify the effects of the drug or to allow dealers to sell less of the actual cocaine for more money. These cutting agents can change the texture, form, and/or color of the drug, and make it easier to smoke, snort, or inject cocaine.
Pure cocaine comes in a salt form. It is then neutralized with a solvent to make a white powder. Typical additives can make this powder appear light pink or off-white. Some of these additives can also be dangerous and have led to overdose or poisoning deaths.

These all come in a white powder form that is visually indistinguishable from the standard form of street cocaine. They are not particularly dangerous but also not something you would generally want in your body. Small particles in laundry detergent can build up in arteries and cause dangerous blockages in the heart, brain, or liver.

In addition to cutting cocaine to make it more profitable, the substance may be altered in order to change it into different forms. Freebase cocaine is made to be easy to smoke through the use of ammonia and ether.

Another very common form of cocaine is crack cocaine. This substance was invented in order to make it cheaper and more affordable for low-income individuals who are more vulnerable to drug abuse and addiction. It’s made by dissolving cocaine in water and then mixing it with ammonia or baking soda. The substance then develops into a rock form. During this process, additives like powdered milk, powdered sugar, or more baking soda may be added to make it even cheaper.

In addition to the more common fillers, dealers have been known to cut cocaine with much more dangerous substances in an attempt to make the most profit. For example, it was discovered in 2005 that 2 percent of all the cocaine seized by the US Drug Enforcement Administration (DEA) was cut with levamisole, a cattle dewormer. This drug used to be used for humans infected with parasitic worms but was found to severely deplete white blood cells. By 2011, 73 percent of all the cocaine tested by the DEA contained levamisole.1

If you’re unsure of how to quit cocaine, or are struggling with finding a way to help someone else who is struggling with cocaine addiction, addiction treatment may be the best option. American Addiction Centers offers cocaine treatment and a variety of therapies for various types of substance use disorder (SUD) and co-occurring mental health conditions.

Find Cocaine Rehab Near You

Editorial Staff
Author
The editorial staff of American Addiction Centers is made up of credentialed clinical reviewers with hands-on experience in or expert knowledge of ad … Read More
Read Our Editorial Policy
Related Topics
Related Tags
cocaine
Are you covered for addiction treatment? Find your insurance.
Check My Insurance
Do you have insurance?
Don’t wait. Call us now.
Our admissions navigators are available to help 24/7 to discuss treatment.
Get addiction help now (24/7 helpline)We’re here for you every step of the way.