What Are The Effects of Cocaine on The Brain?

Both cocaine and crack cocaine can cause brain damage, even when used only a few times. Damage to brain structures can trigger addiction, which is a disease involving the reward circuits and dopamine systems. Abusing this potent drug can cause other kinds of long-term damage as well.

Both freebase (crack) and powdered cocaine can cause long-term damage to mental health, which appears in the form of mood or emotional disturbances. Because the drug directly interferes with dopamine being reabsorbed by neurons, one of the symptoms of a cocaine comedown is serious depression.

If the brain does not reach its original equilibrium then a person who has struggled with cocaine abuse for a long time may develop permanent depression and require ongoing mental health treatment.

Other serious long-term changes to mood and mental health include:

People who have an increased potential to develop psychosis or schizophrenia are more likely to trigger this condition if they binge cocaine in powdered or freebase form.

Cocaine increases stress hormones like cortisol in the brain, which can in turn raise blood pressure permanently, damaging the cardiovascular system. Even if the person does not develop psychosis or paranoia, they could develop anxiety, panic disorders, or problems with aggression or violence.

One of the most serious long-term effects from cocaine abuse is damage to the cardiovascular system. This can lead to damage to many other organ systems, including the brain. A few ways cocaine damages the structure of the brain are outlined below:1

People who struggle with cocaine addiction also show reduced levels of glucose metabolism in many areas of the brain, suggesting that neurons underperform or begin to die.

As a person grows older, their brain will naturally change and begin to lose gray matter. In a healthy brain, this is a decades-long process, and it does not appear until a person has reached older adulthood. Memory problems, changes in cognitive ability, and even dementia are linked to reduction of gray matter.

A recent study through the University of Cambridge examined the aging of the brain in people who abused cocaine and those who had no previous history of substance abuse. The group found that the average brain normally loses 1.69 milliliters of gray matter per year; however, people who had abused cocaine in the past, or who were currently cocaine-dependent, doubled the rate of gray matter loss, for an average of 3.08 milliliters per year.2 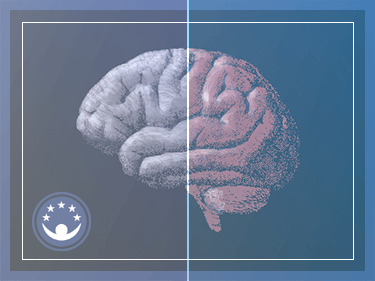 Another study, conducted by Johns Hopkins University, found that cocaine may cause brain cells to cannibalize themselves.3 The study describes cocaine triggering autophagy in neurons in mice, or the process of the cells eating themselves from the inside out. The cells threw out useful resources during metabolism, leading to a stress reaction of cannibalizing other internal cell structures. Mice whose mothers had been fed cocaine during pregnancy, but who were not cocaine-dependent themselves, also showed this phenomenon.

Find Cocaine Addiction Treatment Near You

Editorial Staff
Author
The editorial staff of American Addiction Centers is made up of credentialed clinical reviewers with hands-on experience in or expert knowledge of ad … Read More
Read Our Editorial Policy
Related Topics
Related Tags
cocaine
side effects
Are you covered for addiction treatment? Find your insurance.
Check My Insurance
Do you have insurance?
Don’t wait. Call us now.
Our admissions navigators are available to help 24/7 to discuss treatment.
Get addiction help now (24/7 helpline)We’re here for you every step of the way.