Written by: Editorial Staff
Updated Oct 21, 2022
About The Contributor 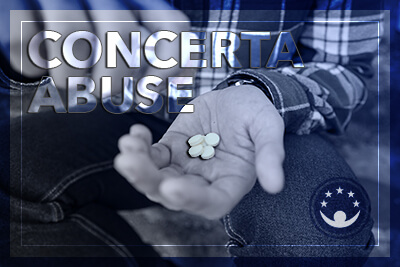 One such medication is Concerta, which contains the extended-release form of the central nervous system stimulant methylphenidate. Ritalin is also a drug that is used to treat ADHD and also contains methylphenidate; however, Ritalin is an immediate-release form. Both Ritalin and Concerta are taken orally. In addition, Daytrana is a medicated patch form of methylphenidate that may be used by some individuals for the treatment of ADHD.

Methylphenidate has other uses, such for narcolepsy, and it may have utility in helping individuals who work at very long and tenuous tasks to remain focused.

Methylphenidate intensifies levels of norepinephrine and dopamine in the central nervous system. The activation and facilitation of dopamine is also associated with a number of reinforcing and pleasant effects. Dopamine is a neurotransmitter that is involved in almost all forms of drug abuse, either as a result of the substance directly acting on dopamine or indirectly activating dopamine. As a result, methylphenidate is categorized as a controlled substance by the United States Drug Enforcement Administration (DEA).

It is classified as a Schedule II controlled substance. This is the highest category of drugs in the DEA classification that can be legally used for medicinal purposes but still has the potential for abuse and the development of physical dependence. Other drugs in this category include powerful narcotic medications, such as morphine or Vicodin, and even stimulants like cocaine. Drugs classified at the next and highest level, as Schedule I substances, are designated as having no medicinal value, and they cannot be legally obtained except under special circumstances and with special permissions by the government (usually for research purposes). Thus, as a Schedule II controlled substance methylphenidate, while having medicinal purposes, is considered to be a substance with significant risks and should only be used under the strict supervision of a physician. Concerta can only be legally obtained with a prescription from a physician.

According to the Substance Abuse and Mental Health Services Administration (SAMHSA), in 2015, about 1.7 million Americans over the age of 12 admitted to misusing prescription stimulant medications. The University of Michigan’s 2015 Monitoring the Future survey results indicate that 2 percent of 12th graders reported abusing methylphenidate within the year prior to the survey.

Several research studies have investigated the demographics associated with individuals who are most likely to abuse Concerta, Ritalin, and similar stimulants like Adderall. The findings suggest that abusers of prescription stimulants:

Prolonged use or abuse of Concerta is associated with the development of physical dependence on the drug. Individuals who are using Concerta under the supervision of a physician and according to the instructions of use will also develop physical dependence on Concerta; however, these individuals do not qualify for diagnosis of a stimulant use disorder because they are not using the drug for nonmedicinal reasons.

Some other signs are not formal diagnostic symptoms, but they are associated with an individual who is abusing Concerta.

Side Effects of Concerta Abuse

Central nervous system stimulants like Concerta have important medicinal uses when taken at low doses and within therapeutic range; however, individuals who abuse them may develop a number of untoward side effects that include:

Treatment for a Stimulant Use Disorder

Individuals with chronic substance use disorders, such as a stimulant use disorder, most often require some form of professional intervention to recover. Initially, this may include medical detox in order to help them safely negotiate the withdrawal symptoms they are likely to experience once they stop using Concerta and to avoid relapse associated with the cravings that occur during withdrawal. Medical detox can help the individual get through the process of withdrawal comfortably and avoid relapse; however, the program has no utility in avoiding relapse once the individual has completed it. Instead, the individual must become involved in a professionally organized substance use disorder treatment program. Such a program should consist of:

Individuals often report that they get more satisfaction from their lives in recovery than they ever did from abusing their substance of choice. Many of these recovering individuals report the following: