How Long Does GHB Stay in Your System?

GHB, or gamma-hydroxybutyrate, is a central nervous system depressant drug that is often used at parties or in clubs. It comes in the form of a colorless liquid or white powder and is ingested orally.

Known as a date rape drug, GHB is often dissolved in alcoholic drinks and given to people without them knowing. People intentionally take GHB as well, in search of a euphoric high that is also marked by calmness. People have also reported feeling an increased sex drive while on GHB.

As a date rape drug, GHB sedates victims to a point where they are not able to resist sexual assault. Additionally, they may not be able to remember the events that occurred.

GHB can be detected in the urine for up to 12 hours after last use, in blood up to 8 hours, in saliva up to 6 hours, and in hair for up to a month.

Duration of Effects: How Long Does GHB Last? 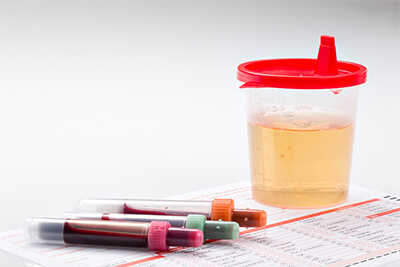 The effects of GHB are typically felt within 10 minutes of ingestion and last for up to seven hours. The long duration of the high is why many people like taking the drug at parties or raves that are meant to last all night. In some cases, the experience of being high is felt even longer than it takes for the body to process all of the substance through its system.

The exact length of time it takes for the body to process all of the GHB is unique to each person but will roughly take between two and five hours. Individual factors, such as age, weight, body composition, diet, alcohol intake, and metabolism, can all slightly affect this number. The dosage amount and frequency of use will also make an impact. The half-life of GHB is approximately 30-60 minutes.

How Long Does GHB Stay in Your System?

Most standard drug tests do not test for the presence of GHB in your system, and few people test positive for GHB, even when they have used it. Nonetheless, urine, blood, saliva, and hair tests have been developed to test for GHB. The below are detection times by body system:

In general, GHB is difficult to detect on drug tests because of the short detection windows and lack of accuracy of it showing up on each type test. In situations of overdose, medical professionals are often unaware that GHB has been ingested and don’t even think to test for it, as the use of other drugs that were also consumed, such as alcohol, is usually more obvious.

While the short-term effects of being under the influence of GHB are well-known, little is known about its long-term effects. Experts do not know how the body and mind may be affected by GHB in the long run, but they are aware of the potentially disastrous impacts of an overdose.

What is the Recreational Use for GHB?

Recognized by the street names of liquid X, liquid ecstasy, oop, gamma-oh, mils, liquid G, and fantasy, among others, GHB is a commonly abused recreational drug. People are known to take GHB at parties and raves where they hope to be intoxicated all night.

In addition to being a popular club drug, bodybuilders have a history of using GHB. It is believed to promote cell growth and help to reduce fat and build muscles.

GHB is also a naturally occurring metabolite in the body. While found in much lower concentrations in the brain naturally than when abused, GHB works to inhibit the neurotransmitter GABA. GABA is responsible for regulating the amount of excitability in the nervous system and for promoting relaxation.

What is the Medical Use for GHB? 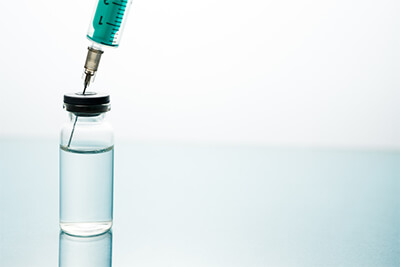 While GHB is most well-known for its recreational use, it does have approved medical purposes. In 2002, the US Food and Drug Administration approved GHB for the treatment of narcolepsy. According to the Drug Enforcement Agency (DEA), GHB helps to improve incidents of daytime sleepiness in people with narcolepsy. It was approved to treat people who suffer from cataplexy, or sudden physical collapse following strong emotion or laughter. GHB has also been used in hospitals to help patients fall asleep prior to undergoing surgery.

While the medical purposes of GHB are important, recreational use remains a great concern. In 2010, there were almost 1,800 emergency room admissions due to GHB overdose.

Impact of GHB on the Body

While GHB appeals to users for the lowered inhibitions and feelings of euphoria it often produces, there are many negative side effects that come with its use. Some of these side effects include:

The above side effects of GHB can be intensified when use is combined with other drugs, such as marijuana, cocaine, methamphetamine, and ecstasy. Additionally, when high quantities of GHB are used, or when a pattern of use extends over a period of time, dependency and addiction can occur. Withdrawal symptoms will be present when use is reduced or stopped.

Overdose from GHB is also possible and the main risk of using the drug. As a central nervous system depressant, too much of the drug can cause dangerously slowed breathing and heart rate. Coma and death are possible outcomes of a GHB overdose.

As it’s a highly potent drug, it is easy to overdose on GHB. The risk of overdose also increases when taken in conjunction with alcohol. This is particularly worrisome for the victims of sexual assault who unknowingly consumed GHB that was snuck into their drink.

Find Drug Detox & Rehab Near Me

Appealing to some to enhance the experience of a rave or night out at the club, GHB undoubtedly has a dark side to it. As a tool used in sexual assault and as a substance that can cause death, GHB is a dangerous drug to experiment with.

Editorial Staff
Author
The editorial staff of American Addiction Centers is made up of credentialed clinical reviewers with hands-on experience in or expert knowledge of ad … Read More
Read Our Editorial Policy
Related Topics
Related Tags
club drugs
ghb
sedatives
Are you covered for addiction treatment? Find your insurance.
Check My Insurance
Do you have insurance?
Don’t wait. Call us now.
Our admissions navigators are available to help 24/7 to discuss treatment.
Get addiction help now (24/7 helpline)We’re here for you every step of the way.