What Are the Dangers Associated with Shooting Heroin?

Heroin is an opioid derived from morphine, and it is frequently abused for the euphoric effects it can produce once it reaches the brain.

While people seek out the euphoric rush associated with heroin use, it is often accompanied by dangerous side effects like clouded thinking, nausea, and depressed respiration.1 The respiratory effects can be especially serious for heroin users, as they can lead to lung complications. Overdose is always a possibility with every use of heroin, and this can lead to severe health effects, up to and including heroin overdose and death.

According to the National Institute on Drug Abuse (NIDA), heroin can be consumed by smoking or snorting the drug, but the most dangerous method of use is via injection.2

Injecting, also known as “shooting,” heroin is a dangerous method of use for what is already a very unsafe drug. Injection is done intravenously by using a syringe to insert the drug directly into the bloodstream, which increases how rapidly the effects of the substance are felt as well as the intensity of the effects. A lighter and spoon are common paraphernalia used in liquefying the substance so it can be injected.

Long-term heroin use can cause a plethora of health complications, according to NIDA.3

Effects of Shooting on Veins

Vein issues are common among intravenous heroin users. Collapsed veins and cases of venous sclerosis, a condition that results in the narrowing and hardening of the veins, abound among abusers of the drug. Venous sclerosis can make it difficult to inject heroin into the same vein multiple times. This, however, does not serve as much of a deterrent for future use for someone addicted to the drug; users may continue injecting heroin into severely damaged veins or switch to injecting the drug into muscle once the veins are too damaged. Veins can also become scarred from injection.

Bacterial infection is one of the more serious dangers associated with shooting heroin. Spore-forming bacteria can enter the system via the syringe used for injection. These infections can spread throughout the body quickly and lead to dire consequences, such as paralysis and death. 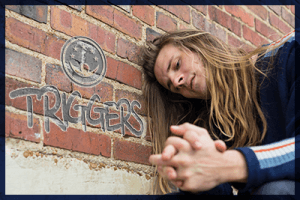 It’s common for heroin users to share needles, and as bodily fluids are transmitted between users, the risk of contracting a blood-borne disease is high. HIV, the precursor to AIDS, is a blood-borne virus that can be contracted from sharing needles and can result in death. Hepatitis C is another blood-borne virus that is commonly transmitted through sharing needles. According to the Centers for Disease Control (CDC), most people with hepatitis C contracted it via intravenous drug use.4 This condition becomes a long-term illness for the majority of people, and it often results in significant health problems.

Certain harm-reduction measures have been put in place to mitigate the chances of diseases spreading via injection drug use. For example, single-use syringes decrease instances of needle-sharing, and needle exchange programs are used in some communities.

The only foolproof way to avoid contracting these damaging diseases is to avoid injection drug use altogether.

Editorial Staff
Author, American Addiction Centers
The editorial staff of American Addiction Centers is made up of credentialed clinical reviewers with hands-on experience in or expert knowledge of addiction treatment. Read More
Read Our Editorial Policies
Related Topics
Related Tags
heroin
opioid
Don’t wait. Call us now.
Our admissions navigators are available to help 24/7 to discuss treatment.
Why call us?
Get addiction help now (24/7 helpline)We’re here for you every step of the way.
;