How Addictive Is Klonopin?

All benzodiazepines have a great risk of tolerance, dependence, and addiction, but Klonopin is among the most addictive. This anti-anxiety medication has two components that make it a prime target for people struggling with drug addiction: a rapid onset of action and a long half-life. 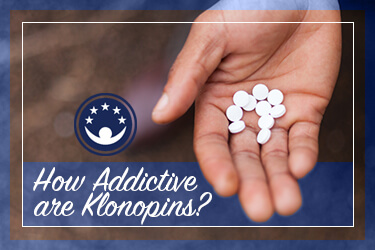 Klonopin enters the bloodstream and makes its way to the brain in an hour, while it can remain in the system for close to three days, depending on the size of the dose (the half-life is between 18 and 39 hours).

The Addiction Potential of Benzodiazepines 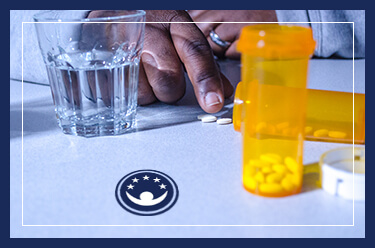 Klonopin is often diverted for nonmedical use and sold illegally. The Drug Enforcement Administration considers all benzodiazepines to be Schedule IV drugs, meaning they are safe with a prescription and medical oversight; however, they are also not as closely monitored as prescription opioid drugs, which are Schedule II.

This has created a “shadow epidemic,” according to one study, which found that prescriptions for all benzodiazepines quadrupled between 1999 and 2010. Adults between the ages of 18 and 64 were the primary recipients of these prescriptions; thousands of people could struggle with addiction or dependence due to a prescription for these medications. The larger number of prescriptions means that the drugs are often the target of theft since they are easy to find.

Since Klonopin and other benzodiazepines act on GABA receptors, there is some cross-tolerance with alcohol, which also affects GABA receptors. In fact, prior to the 20th century, alcohol and opiates – sometimes in combination – were used to treat anxiety; once benzodiazepines were invented, this new class of medications was believed to be less addictive.

The neurons become less effective with greater amounts of alcohol, meaning that a person who struggles with alcohol use disorder or polydrug abuse involving alcohol is more likely to seek benzodiazepines that hit rapidly and remain active in the body.

Klonopin is more effective than Valium in this case and typically prescribed more often. Because Klonopin’s effects set in quickly, the body rapidly develops a tolerance to and dependence on this substance. As a result, it is important to take Klonopin only as prescribed and for no longer than two weeks.

The Centers for Disease Control and Prevention found that benzodiazepines, including Klonopin, were involved in 17 percent of opioid overdose deaths between 1999 and 2006. For the most part, Klonopin and other benzodiazepines are abused alongside opioids, alcohol, or both because they enhance the relaxing euphoria and take the edge off withdrawal symptoms. Mixing drugs increases the risk of overdose, since the mixture typically increases the potency of all the drugs involved; especially with a high-dose, long-acting drug like Klonopin, overdose becomes very likely. A 2005 report of emergency room visits notes that 34 percent of all visits for prescription drug abuse involved benzodiazepines.

Klonopin has been mixed with alcohol, opioid drugs, and even methadone to enhance the potency of these drugs. However, even benzodiazepines alone have a high risk for abuse, and people who have a history of substance abuse and addiction are at a greater risk of developing an addiction to Klonopin due to the GABA receptors’ changes to the brain’s reward system. If a person with a history of substance abuse receives a prescription for Klonopin, their doctor should carefully monitor them for any symptoms of addiction.