Lysergic acid diethylamide (LSD) is a strong mood- and perception-altering hallucinogen, that can affect a person’s thoughts, feelings, and perceptions of their surroundings.1-2 It was first manufactured by a Swiss chemist in 1938, and by the late ‘40s some psychiatrists used it as a therapeutic agent. In fact, at one point prior, LSD was used to treat depression, anxiety, addiction, and various psychosomatic diseases.3

During the ‘60s, LSD played a role in the psychedelic movement, when people began using it for recreational and spiritual purposes.4 While literature suggests that LSD doesn’t cause physical harm, concerns regarding its psychiatric complications prompted the U.S. to ban its use in 1967 and to prohibit any further research into its potential benefits.3-4

Today, LSD is categorized as a Schedule I drug under the Controlled Substances Act, as it has no currently accepted medical use in the U.S. and has a high potential for abuse.5 In terms of prevalence, a 2020 report indicated that 2.6% (or roughly 7.1 million people) aged 12 and older reported using hallucinogens such as LSD in the past 12 months.1

Keep reading to explore the effects of LSD use, signs of hallucinogen use disorder (HUD), and insights on how to get help if you or someone you love is struggling with LSD use. 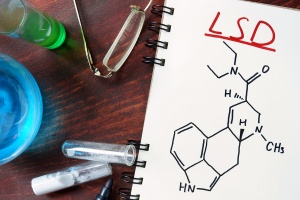 LSD is an odorless substance that’s typically clear or white in color.1 It’s made from lysergic acid, a type of fungus found on grains such as rye.2

Often illicitly synthesized in a colorless crystalline form, LSD may be incorporated into thin gelatin squares (aka windowpanes) or tablets (aka microdots) that are consumed orally.1,5 Additionally, colorful paper is sometimes soaked in LSD and then cut up into squares, and LSD can be dissolved into a solution with alcohol or water and consumed in liquid form.1

An episode of LSD use if often called a “trip,” and a particularly unpleasant episode is called a “bad trip.”1 The latter can include an acute state of unease, confusion, and anxiety and result in unpredictable behavior.3

LSD is known by several names, including:5

LSD, which is sometimes referred to as a psychedelic, impacts each person differently, and individual responses depend upon factors such as the:3

Physical short-term effects of LSD use typically occur during the first hour after ingestion and can include:1,5

Some of the mental short-term effects of LSD are sometimes described as resembling a drug-induced psychosis, which distorts the person’s ability to communicate, recognize reality, and think rationally.1 These effects can include:3

Long-Term Risks of LSD use

Though rare, some potentially more persistent, long-term effects of LSD and other classic hallucinogens can include:2

LSD may also exacerbate psychotic disorders in certain vulnerable individuals.3 Additionally, bad trips can cause extreme anxiety and despair, along with fears of insanity, death, and losing control.1

While some hallucinogens may be associated with more problematic patterns of use (as well as more debilitating consequences of such use), LSD is not considered addictive because it doesn’t lead to compulsive drug-seeking behavior.2 Plus, it doesn’t result in the pronounced physical dependence nor associated withdrawal syndrome more commonly associated with many other misused substances, such as alcohol or opioids.3

However, according to the National Institute on Drug Abuse (NIDA), those that use LSD may develop a tolerance to it, meaning that the psychoactive effects of the drug become markedly diminished with repeated use. Plus, LSD use can may result in the development of cross-tolerance to other classic hallucinogens, such as psilocybin and DMT.2

Hallucinogens such as LSD can lead to a hallucinogen use disorder, which is a diagnosis characterized by problematic patterns of hallucinogen use that create significant distress or impairment. 7 According to the Diagnostic and Statistical Manual of Mental Disorders (DSM-5, 5th edition), the signs of an LSD use disorder can include:8

LSD and Hallucinogen Use Disorder Treatment

Although LSD doesn’t lead to uncontrolled drug-seeking behavior, and overdose concerns are relatively low, the aforementioned long-term effects of LSD and potential for a bad trip are certainly detrimental.2 Plus, LSD use will always carry certain risks, as it can be acutely psychologically impairing, alter a person’s judgment, and lower their ability to identify dangers in their environment.5

Treatment for hallucinogen use disorder and other substance abuse disorders (SUDs) generally involves a combination of behavioral therapeutic approaches and other psychosocial interventions. Furthermore, effective treatment should be tailored to each person’s individual factors and specific needs.9

If you or someone you love is struggling with LSD misuse or another hallucinogen-related substance use disorder, call to speak to a treatment navigator 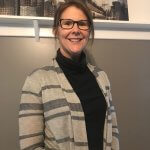 Jacquelyn Buffo, M.S., L.P.C., C.A.A.D.C.
Author
Jacquelyn Buffo, M.S., L.P.C., C.A.A.D.C., is a licensed professional counselor with experience and expertise in substance abuse and mental health is … Read More
Read Our Editorial Policy
Related Topics
Related Tags
hallucinogens
lsd
Are you covered for addiction treatment? Find your insurance.
Check My Insurance
Do you have insurance?
Don’t wait. Call us now.
Our admissions navigators are available to help 24/7 to discuss treatment.
Why call us?
Get addiction help now (24/7 helpline)We’re here for you every step of the way.